Efforts are being made to get the City of Seattle's troubled streetcar project back on track. 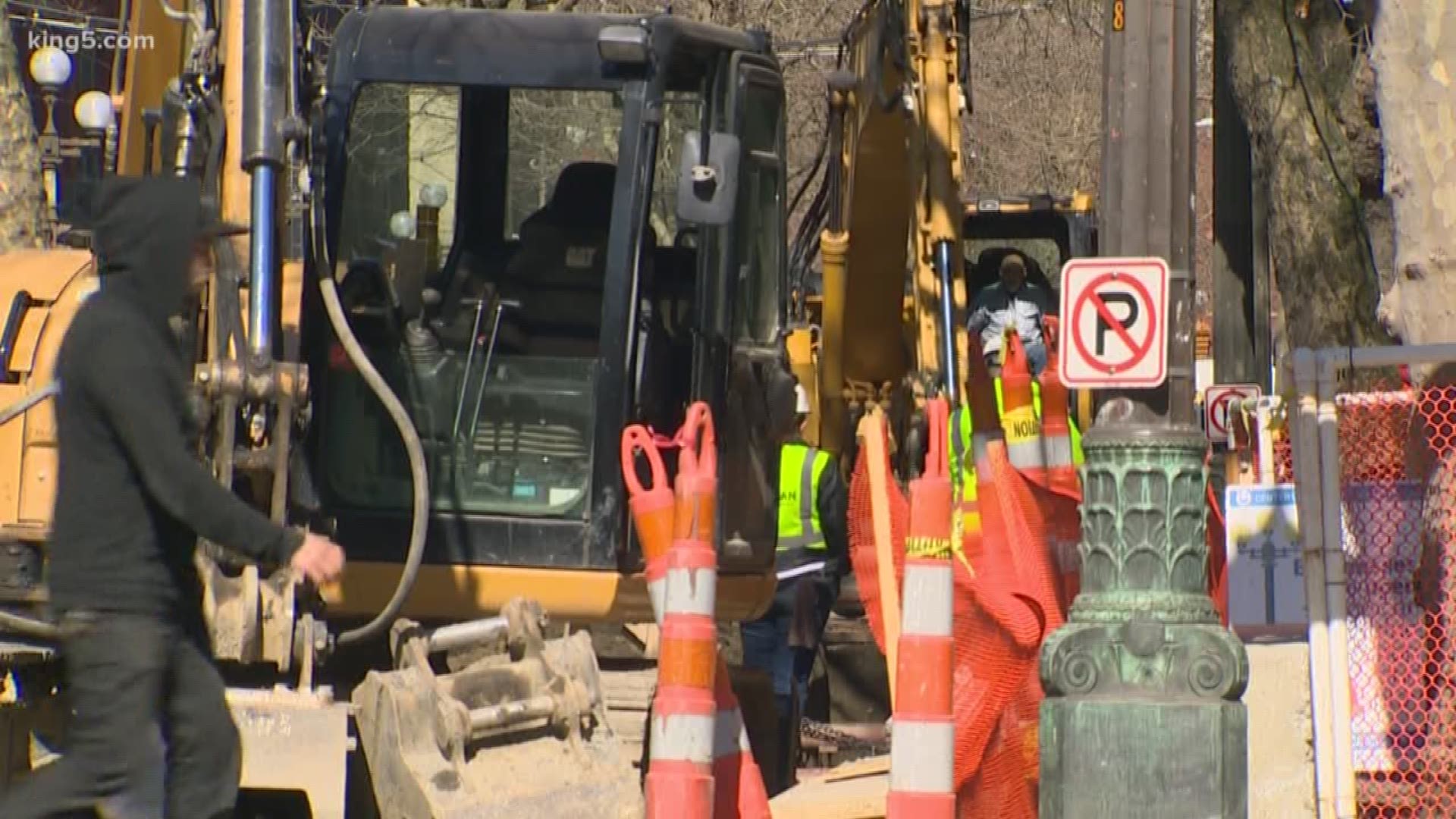 The Seattle Department of Transportation is expected to request approval to spend $9 million to "perform essential engineering and design work" for the Center City Connector project. The city council will have to approve the request.

On July 30, SDOT management will meet with the city's Sustainability and Transportation Committee to present a report on the existing streetcar lines and request the $9 million appropriation to move forward with the work.

The $9 million will be used for station platform design, track modification on the existing lines, and structural analysis modifications to Jackson Street bridge, streetcar operations and the maintenance facility. Some of the money will also be used for a review of the National Environmental Policy Act.

Once completed, the project will connect the city's South Lake Union line and First Hill line.

In March 2018, Seattle Mayor Jenny Durkan halted work on the project after ordering an independent review.

In January, Durkan recommended the city move forward with the project.

The Center City Connector project is now estimated at $286 million, up from the last estimate of $252 million last August and well above the original cost estimate.

When Mayor Durkan announced the project would resume, she blamed previous management for failing to do "proper due diligence to account for all costs." She said the project was not set up for long-term success. She noted that she is confident the city understands the "true costs" of the streetcar project.

In addition to the rising costs of the project itself, a significant difference in the estimated annual operating and maintenance costs were discovered. Depending on revenue and contributions from Sound Transit and King County Metro, operating costs will be somewhere between $18 million and $19 million; $2 million to $4 million higher than originally anticipated.

An engineering analysis on the integration of the proposed new streetcar vehicles with existing and future rail lines found that modifications would cost up to $17.4 million.