5 iconic sculptures every Seattleite should know

Prove you're a local with your deep historic knowledge of beloved Seattle sculptures. #newdaynw 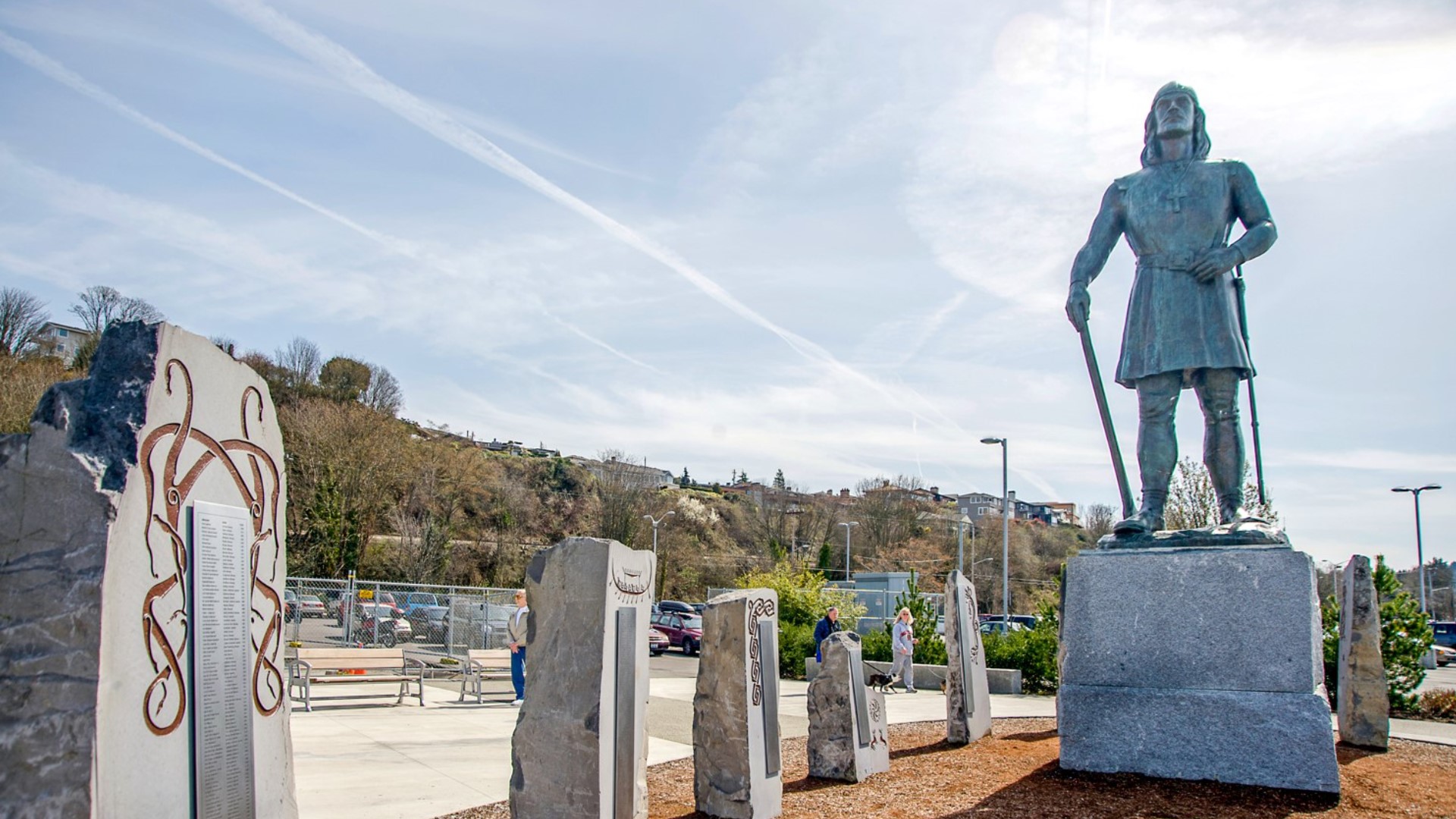 SEATTLE — Seattle is rich with public art.  There are sculptures all around that often we see regularly, but aside from taking a peek at the plaque, we don't know much about them.

Well, that changes today! Historian and author of Seattle Public Sculptors Fred F. Poyner IV, who filled us in on the historical significance of 5 familiar public sculptures in Seattle.  His book will be the focus for one of three new public sculpture courses available at Bellevue College Continuing Education this spring, and his next book, Portland Public Sculptors: Monuments, Memorials and Statuary, 1900-2003, will be released May 2021.

1912 -- James A. Wehn – Statue in bronze, Chief Seattle, fountain at “Tilikum Place” (5th Ave., Cedar St, and Denny Way) dedicated November 13, 1912. The sculptor was commissioned in 1907 by the city, from $3,000 in funding left over from the Denny Hill regrade, making it the first municipal-funded public art project for Seattle.

Fun fact: The original concept proposed for the Tilikum Place statue was to have it be a figure of the Roman god Mercury with winged sandals and helmet. Wehn instead proposed the idea for a statue dedicated instead to the city’s namesake.

1925 – Alice Robertson Carr – Untitled sculpture relief in concrete, at the Rose Garden, Woodland Park, dedicated in 1924. Carr was the first female sculptor of Seattle to install a public sculpture, located at a city park. Her relief was the backdrop for a fountain and reflecting pool, done along the lines of a Greek antiquity relief, with dancing figures and animals.

Fun fact: Seattle’s Rose Society, one of the supporters of the new Rose Garden at Woodland Park, saw the grounds planted with the last of its member’s roses in the autumn of 1923.

Leif Erikson at the Shilshole Marina

1962 – August Werner – Statue in bronze, Leif Erikson, installed in the Shilshole Marina, in Ballard, dedicated on June 17, 1962. The statue depicts the Viking explorer Erikson, modeled 14 and a half feet tall. Werner, a Norwegian immigrant, was commissioned in 1960 by the Sons of Norway, Leif Erikson Lodge No. 1, to model and cast the statue.

Fun fact: This statue was originally envisioned by its supporters, many from the Leif Erikson Lodge in Ballard, for display at the World’s Fair Exposition at the new Seattle Civic Center held in 1962. The city agreed to have it installed instead at the marina, with the help of the Port of Seattle. Today, the original plaster model for the statue is in the collection of the National Nordic Museum in Ballard.

1974 – James FitzGerald and Margaret Tomkins – Bronze sculpture with water elements and pool, Waterfront Fountain, installed at Waterfront Park, Seattle. James FitzGerald completed the design for this fountain before his death in 1973. For many years, he and his wife, Margaret, operated a studio and foundry to create sculptural fountains that evoked the trees, forests and water of the Pacific Northwest. Margaret worked with the Seattle Arts Commission to see that this final design was cast into bronze and installed along the waterfront for all to enjoy in the fall of 1974.

Fun fact:  FitzGerald also designed another, much earlier bronze fountain sculpture, Fountains of the Northwest, for the 1962 World’s Fair Exposition. It remains in place to this day in the Playhouse Courtyard.

2017 – Lou Cella, a Chicago artist - Bronze statue of Ken Griffey Jr., installed outside of T-Mobile Park (formerly Safeco Field), unveiled on April 13, 2017. The piece commemorates Griffey as the Mariners first-ever National Baseball Hall of Famer. Of the piece, Griffey says “they did an unbelievable job from top to bottom…that is the word I’d use.”