Police handcuffed the wrong man, who is developmentally delayed, during a 'swatting' call at a Seattle library this week. 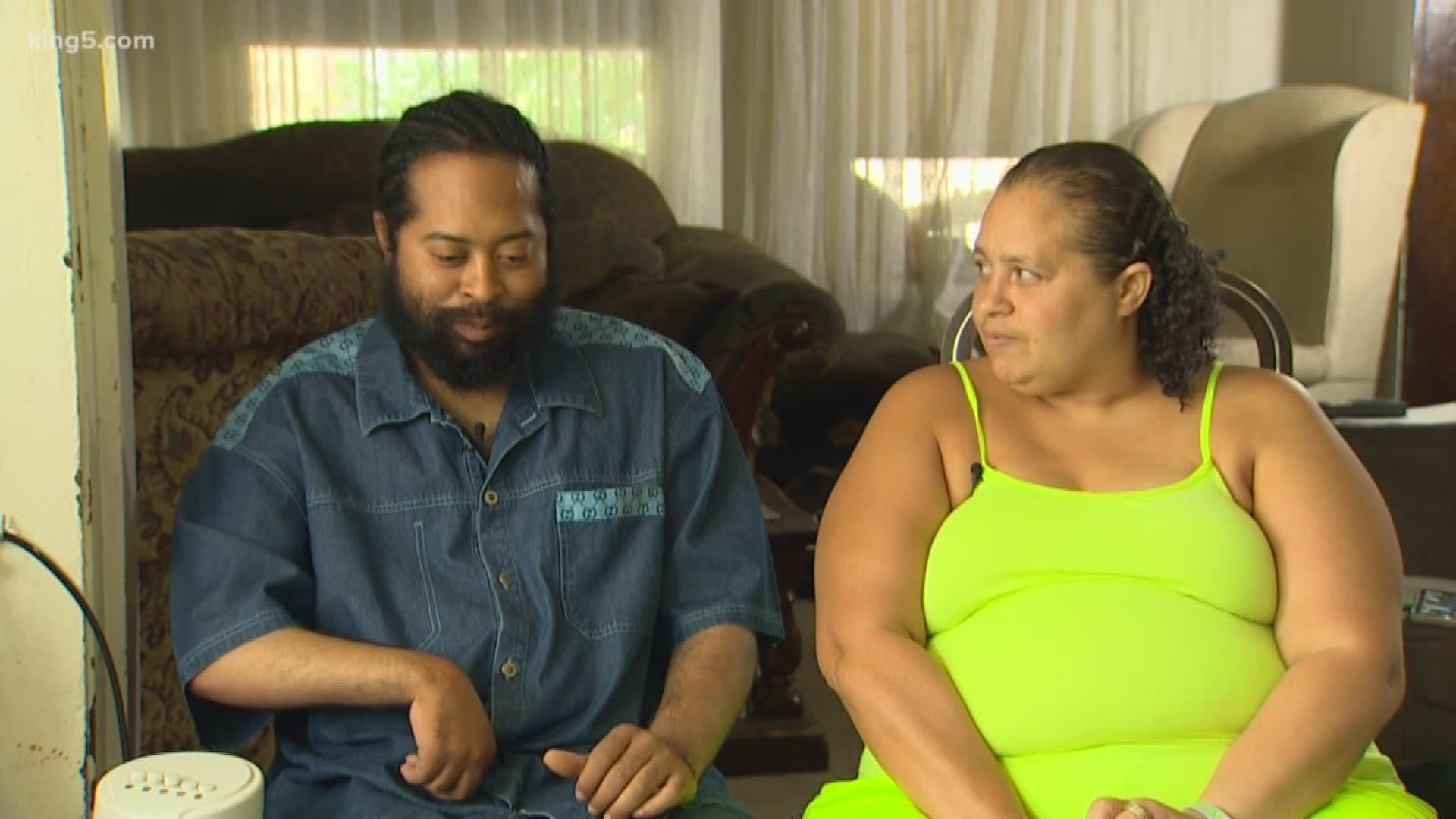 Seattle police moved into a library Thursday with their guns drawn, looking for a teen threatening to take his own life. But they ended up cuffing the wrong man.

The man they placed in handcuffs is Reymon Leavell. His mother said Reymon is developmentally delayed the experience left the 25-year-old traumatized.

Seattle Police point the blame to a phenomenon called "swatting," a practice where someone places a fake call to police to get a SWAT team to respond. The pranks can be very dangerous, putting the innocent in danger.

Leavell goes to the library almost every day.

"I go to libraries to listen to music," he explained. "Then I check movies out and CD's."

"You can ask anybody in Seattle, out of Seattle, they know me," Leavell said.

Leavell was sitting inside the library in Seattle's Madrona neighborhood when a 911 call came into police. 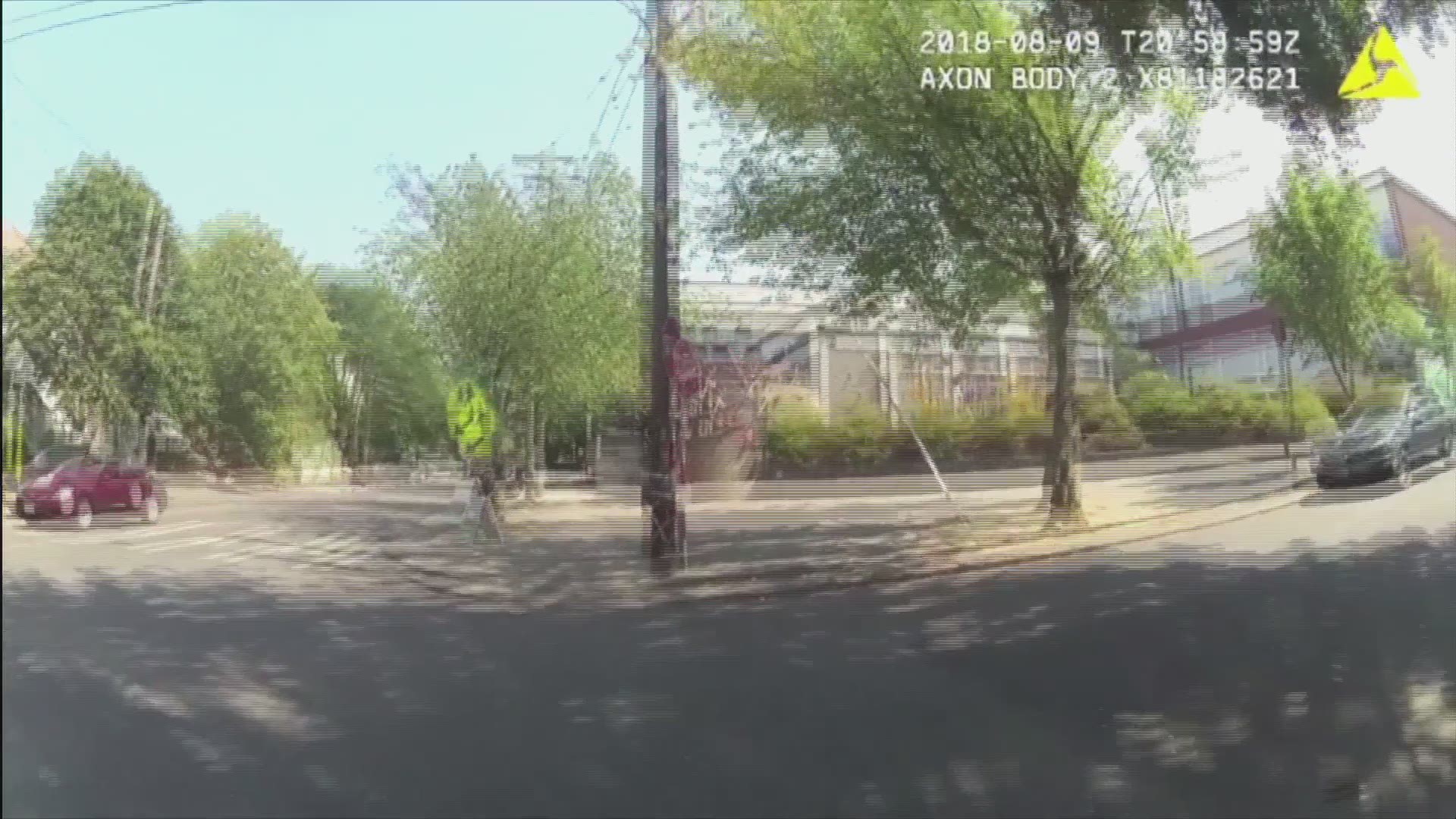 "Hi, I'm thinking about committing suicide tonight," the caller said, who claimed to be at the same library branch.

"I'm going to take my gun and put it to my head," the caller said, who claimed to be 17 years old.

"The caller told our call-takers that his girlfriend had committed suicide the day before, he was suicidal, and he had a gun in his left pocket," said Sgt. Sean Whitcomb.

Body camera video shows a group of police officers walking into the library Thursday, guns drawn. Leavell was sitting in the back corner of the library. The officers approach him.

The video shows the officers asking Leavell his name and he cooperated.

He reached moved one his right arm, and the officers told him, "Don't move your hands."

"I was thinking I'm going to get killed right then and there," said Leavell.

What made the situation more precarious is Leavell has a condition called right hemi-paresis, making it difficult for him to straighten his right arm.

Seattle police spoke calmly to him, as they place handcuffs on him while they check for weapons. Even though officers used two handcuff lengths to ease the process for him, doctors later treated him for muscle strain at the hospital.

His mother said the emotional injury is much worse.

"It's traumatized my son," said Roxanne Leavell. "He's afraid. He feels like he's going to be killed."

Leavell's mother is furious police pointed their guns and put handcuffs on her son considering he didn't match the description of the 17-year-old suspect. Police said it was a precaution they had to take and they believe the video shows they displayed great restraint.

"I want to be 100 percent clear this man did nothing wrong," said Whitcomb. "But I think it's very important to say he's the victim of a swatting call. Which is to say he was the one who had to pay the price for this prank call to happen in the 911 center."

"I could have lost my son's life yesterday due to someone else's stupidity," said Roxanne Leavell.

The Office of Police Accountability said it had received a complaint about this case and they will be investigating.

Often these prank callers use technology, intentionally making their numbers difficult to track.

Leavell's mother still wants those officers to apologize to her son, and the family tells KING 5 that Chief Carmen Best has been in contact with them.