Pier 57, also known as Miner's Landing, will be closed until further notice as a precaution following its neighboring Pier 58 collapse last Sunday. 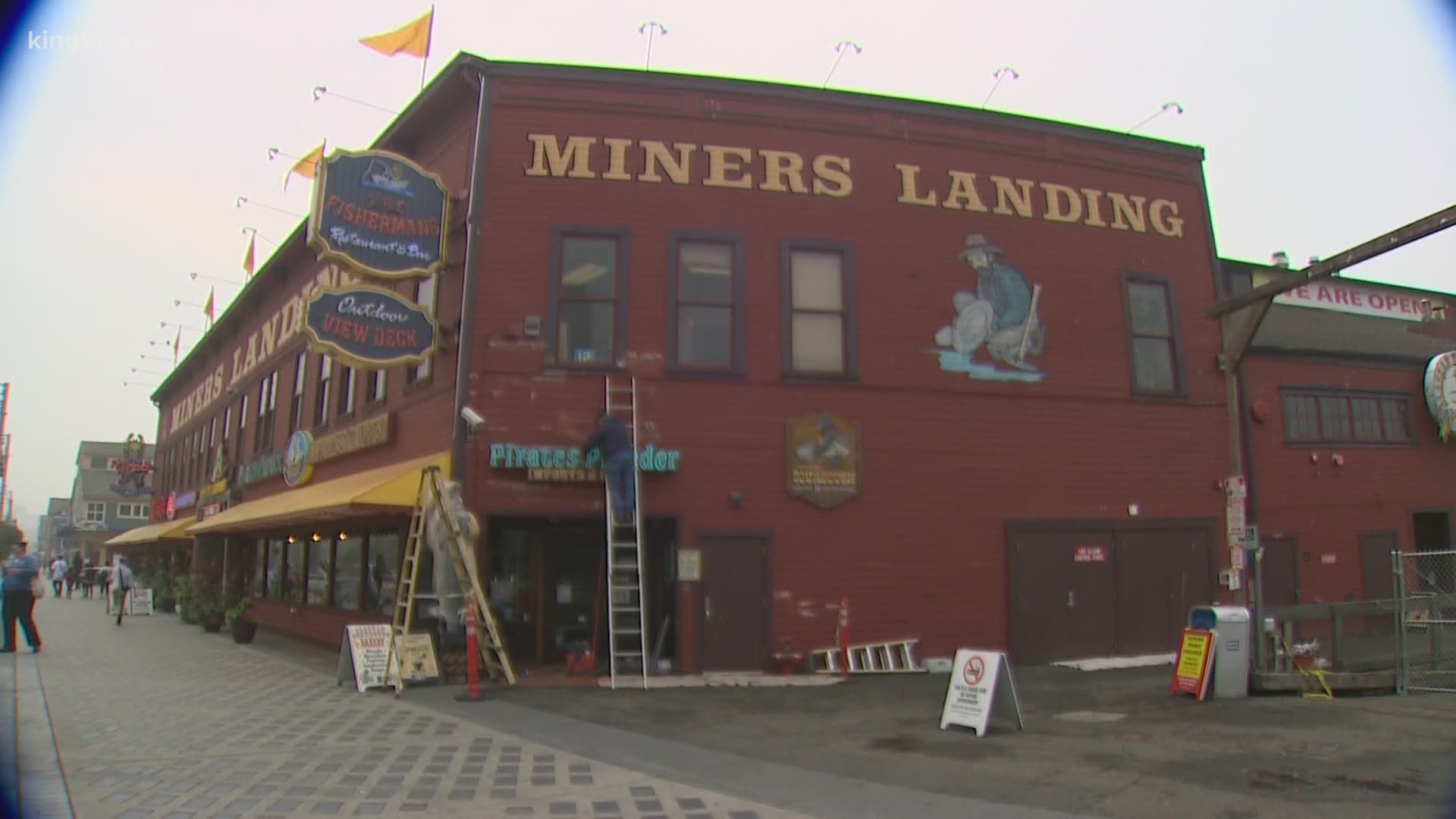 SEATTLE — Pier 57, also known as Miner's Landing in Seattle, is officially closed as of Friday at 5 p.m. as a precaution after its neighboring Pier 58 collapsed last Sunday.

Seattle's Great Wheel, and several shops and restaurants in Miner's Landing are affected by the closure.

There is no known damage to Pier 57, but after Pier 58 collapsed into the water on Sunday during demolition work, the Seattle Department of Construction and Inspections (SDCI) decided to close Pier 57 for safety.

“Our top priorities continue to be public safety, the safety of our construction team and protecting critical infrastructure,” said Marshall Foster, Director of Seattle’s Office of the Waterfront and Civic Projects. “We support SDCI in taking this necessary action and will continue to work with waterfront partners and businesses to both protect public safety and minimize impacts.”

An inspection done after Pier 58's collapse found an increased failure risk exists from the remaining concrete structure at the south end of Pier 58, and the potential for resulting damage to Pier 57, according to a statement from the city.

“We agree with the engineer’s assessment and believe this increased risk to public safety requires temporary closure of Pier 57 until the hazard is mitigated,” said Nathan Torgelson, Director of Seattle Department of Construction and Inspections.

Pier 57 will be closed "until further notice," according to the statement.

The city is currently re-installing monitoring systems and preparing for demolition work to begin on Pier 58 once it is safe to do so. The work is expected to resume next week.

The Pier 58 removal is still expected to be completed by early 2021, though the duration and sequence of the removal may change, officials said.