The dismantling of Pier 58 began last weekend. Several construction workers went into the water and all were rescued. Two people were released from the hospital. 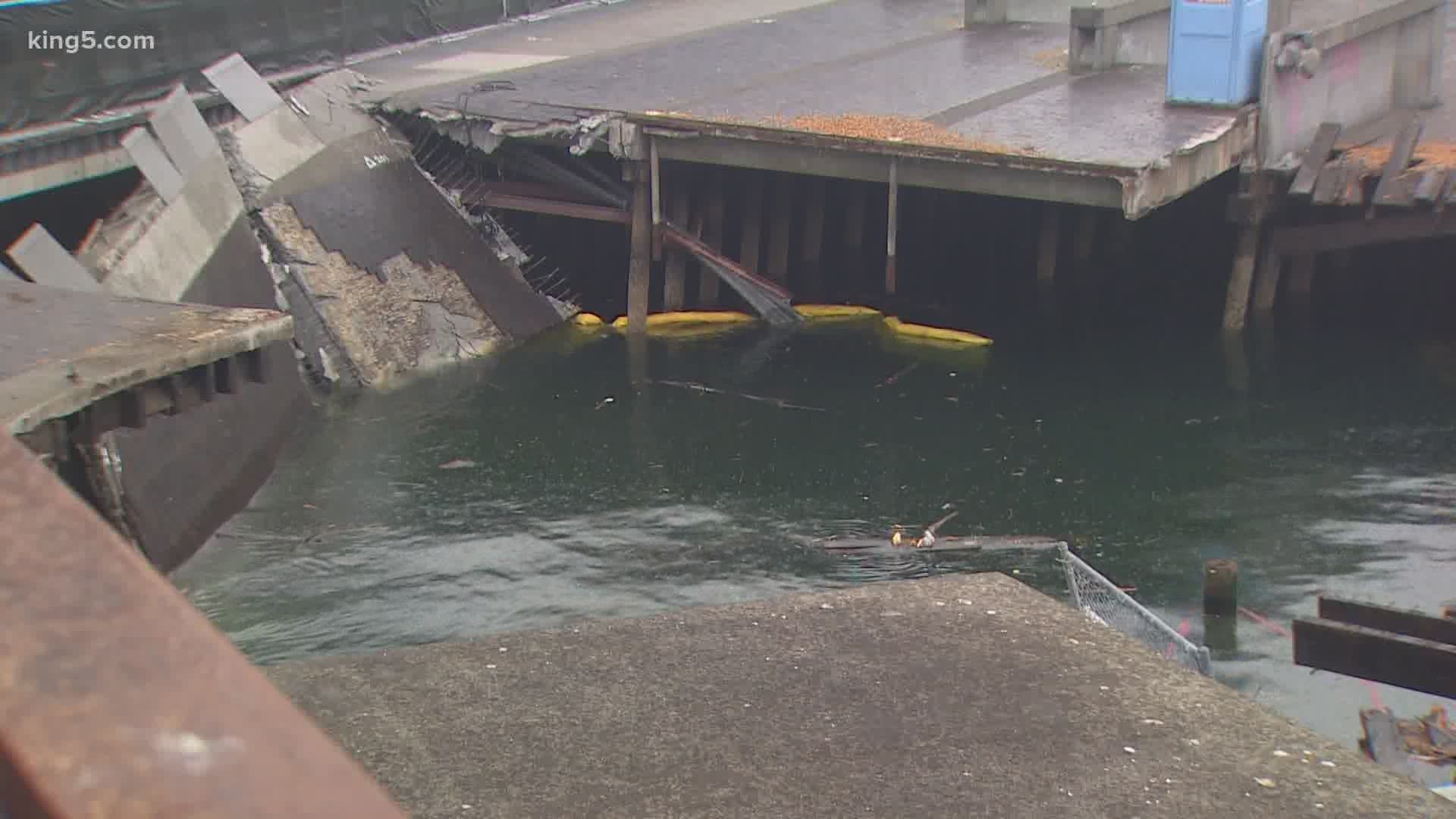 SEATTLE — Police responded to the Seattle waterfront when Pier 58, next to the Great Wheel, collapsed Sunday, sending construction workers into the water below.

Two men, ages 30 and 42, fell into the water but were rescued before Seattle Fire arrived.

They treated by medics and taken to Harborview Medical Center in stable condition. A Harborview spokesperson said both men were discharged from the hospital.

The dismantling of Pier 58 began over the weekend. Crews were removing a concrete section of the pier when the northeast corner collapsed. Pier 58 has been closed to the public since August 6.

Engineers said the weight of the Fitzgerald Fountain, a huge, bronze fountain at Waterfront Park, could have been a factor. Workers were removing heavy concrete planters around the fountain when the collapse happened.

Seven people were working on the pier when it collapsed, according to a press release from the Office of the Waterfront.

Twelve workers were on a barge nearby, but none fell into the water.

About 1/5 of the pier is currently underwater, according to Seattle Fire. 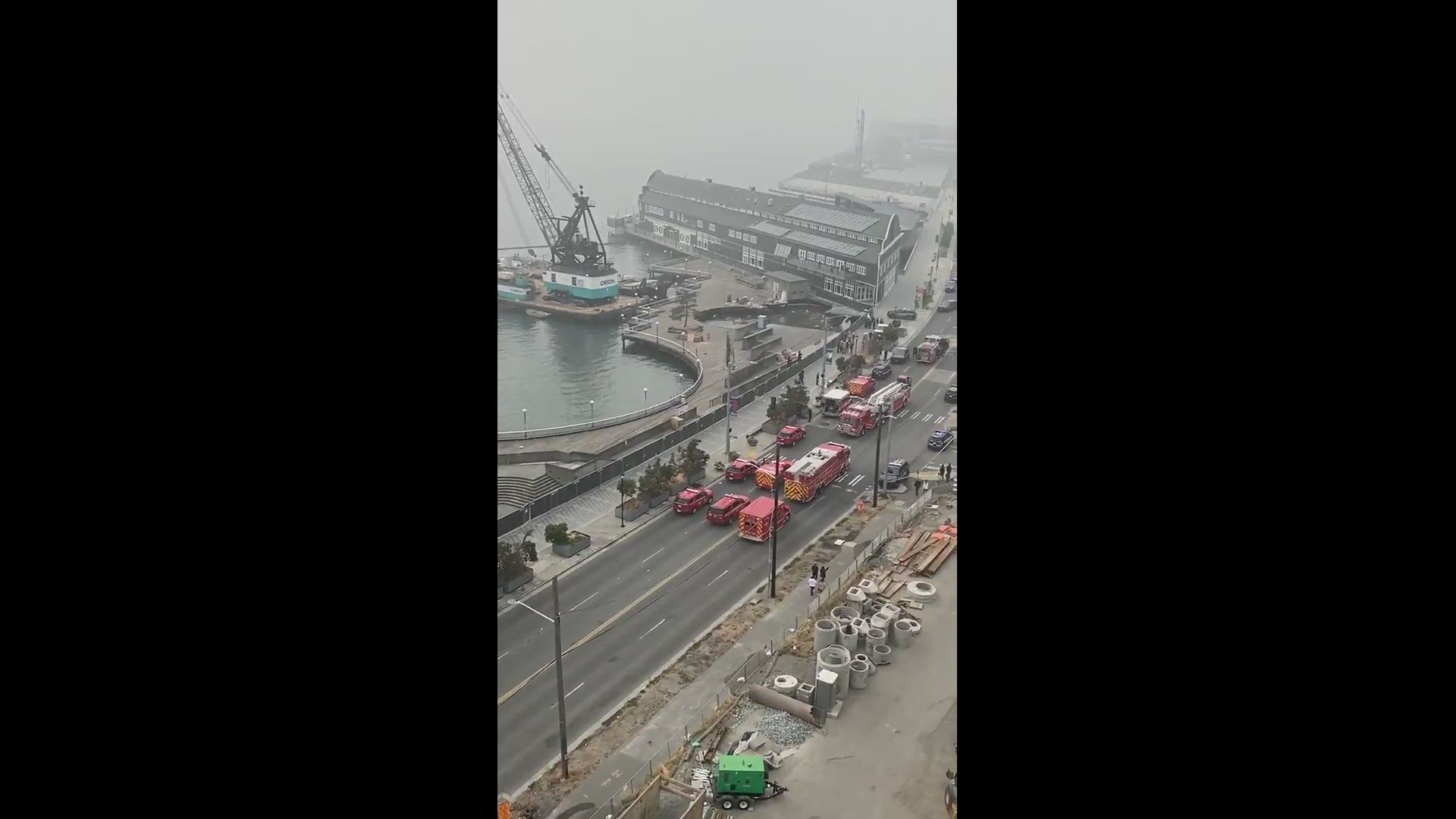 An engineer at the scene said there was always a possibility that something like this would happen.

The removal follows an engineering assessment of the deteriorating pier that recommended the entire structure be removed because it had shifted, leaving a gap of "several inches" between it and land.

Crews planned to remove as much of the pier deck, piles and structures as necessary to ensure site safety. The work will include salvaging furniture, art, and the existing fountain.

The construction was expected to continue seven days a week, during daylight hours, until further notice, officials said. The Pier 58 removal was expected to be completed by early 2021.

Crews will now need to figure out how to get the pieces of the pier out of the water. The city said it would continue removing Pier 58 “as it is safe to do so.” 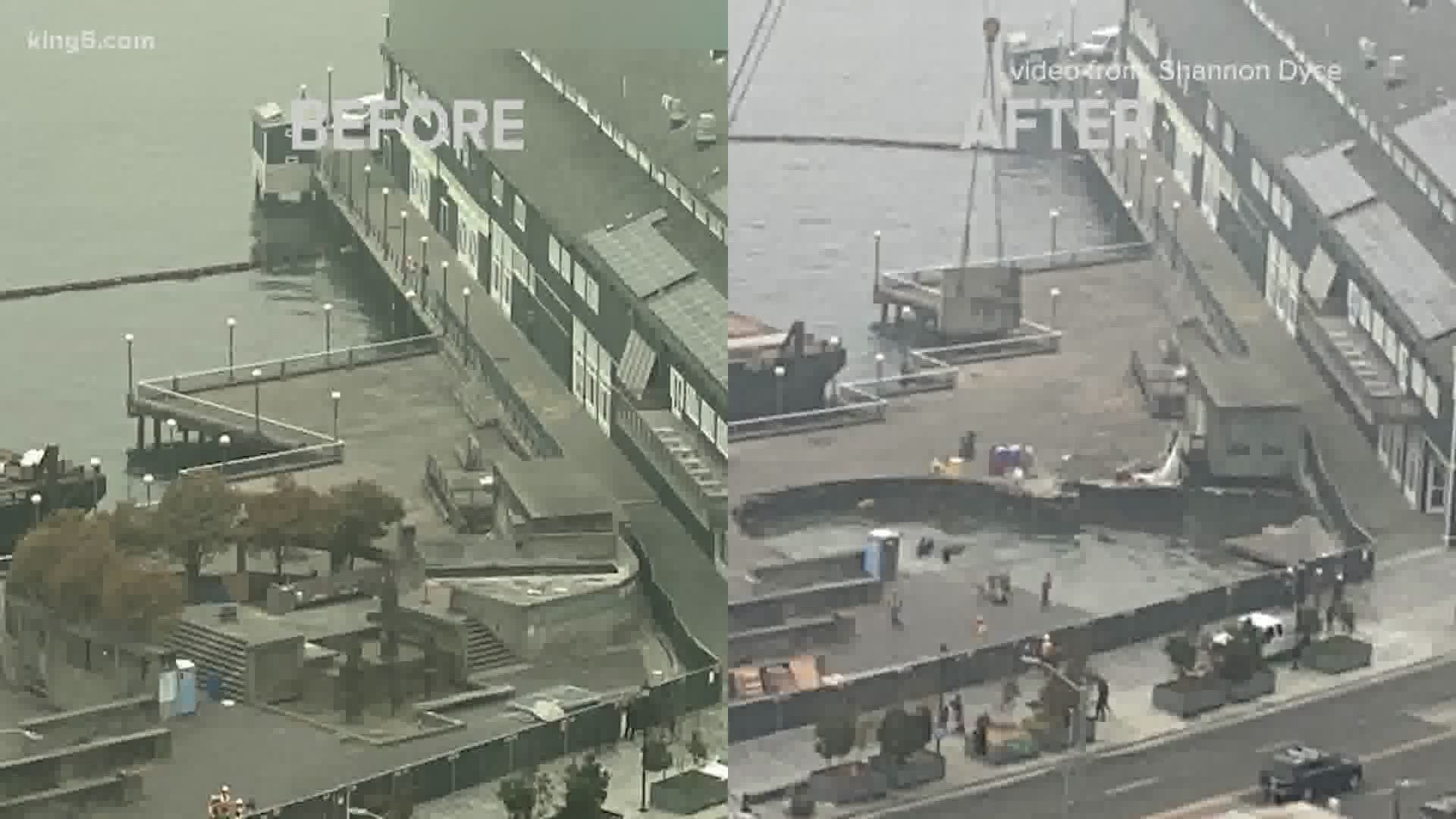