Shaun Scott, who is running for District 4, said the yard sign was at one of his campaign staffer's houses and was spray-painted with a racial slur. 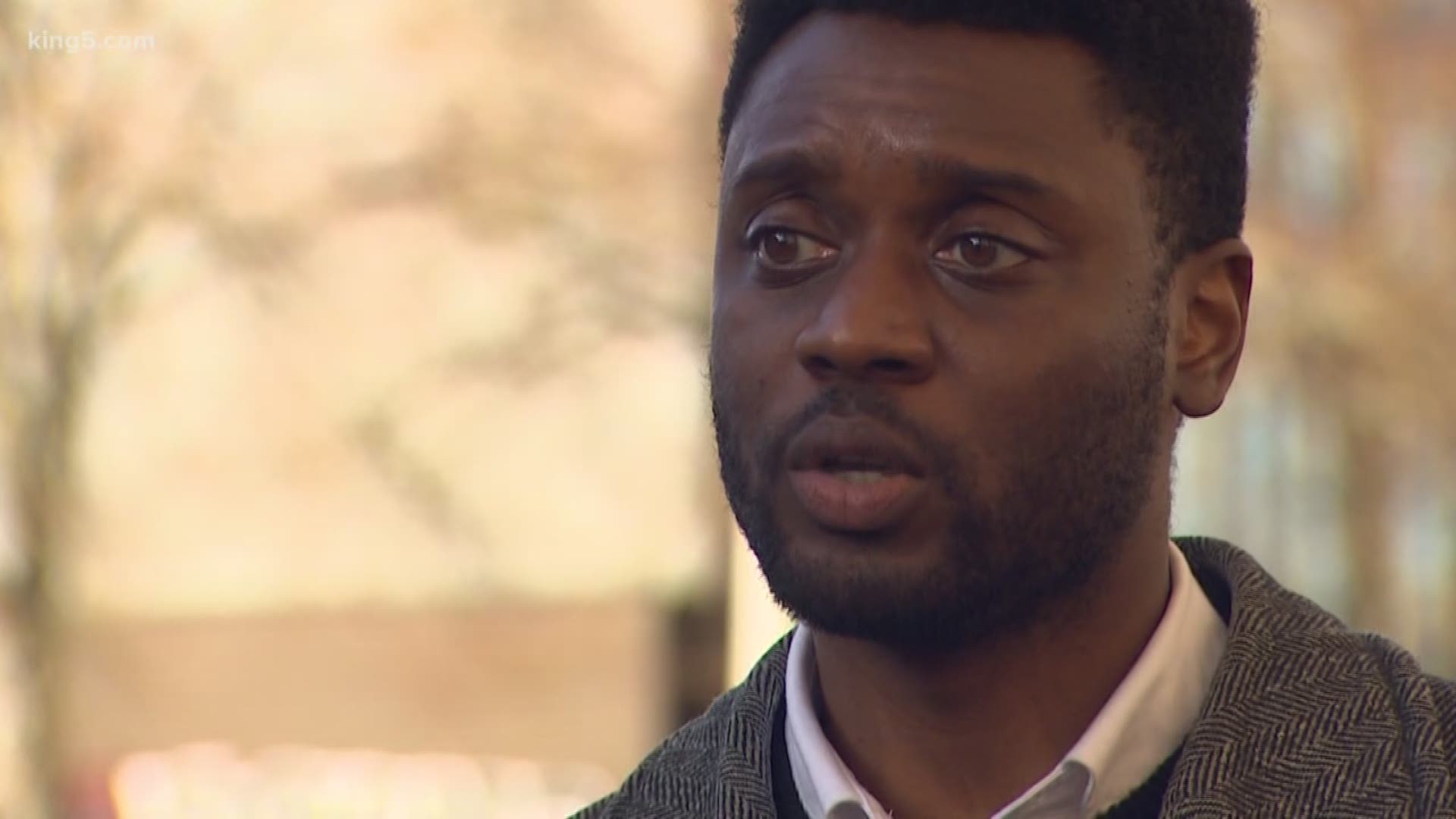 Shaun Scott, who is running for city council in District 4, said one of his signs at a campaign staffer's house was vandalized with the slur.

“It was very jarring to see," said Scott, "not just in my capacity as a candidate, but really more just as a citizen of the city who believes in and is working towards the promise of building an inclusive city.”

Scott said his staffer noticed it Tuesday morning, so it must have happened in the overnight hours. Scott said he debated saying anything publicly about it, but ultimately decided it was something he thought citizens of Seattle should know about.

“The response that I would want people to take is to realize that Seattle is not so different from other parts of the country," said Scott, who also said he's received a plethora of hateful messages towards him and his campaign throughout his run for city council.

"Tall trees and deep water and big mountains are not enough to keep us from that climate that we see nationally. People need to understand that and they need to really internalize what that means," finished Scott.

Scott also emphasized how much he appreciates the outpouring of support he's received from the community since tweeting about the incident on Tuesday night.

"We still have far to go in dismantling racism in our city and country," said Mayor Durkan. "Acts of racism, hatred, and bigotry have no place and cannot be tolerated in Seattle."

"Hate has no place in our City," said Chief Best.

Scott is running against Alex Pedersen for the Seattle City Council District 4 seat. Pedersen posted to Facebook Wednesday after learning about the racist message.

"Racism and hate should have no place in Seattle or anywhere," wrote Pedersen. "I condemn any racist and hateful comments and actions directed toward anyone. People may differ strongly on policy issues, but we must be united in rejecting racism and hate."

"We're resilient," Scott said of himself and his campaign staffers. "I'm not going to get any less visible, or certainly any less black if I'm fortunate enough to get enough votes on Nov. 5... so whoever decided that this is how they wanted to express themselves needs to understand that we are not going to be discouraged by this at all."