Eastside Fire and Rescue along with KCSO Marine Rescue Dive Unit responded to Rattlesnake Lake after two kayakers called 911, concerned about a swimmer. 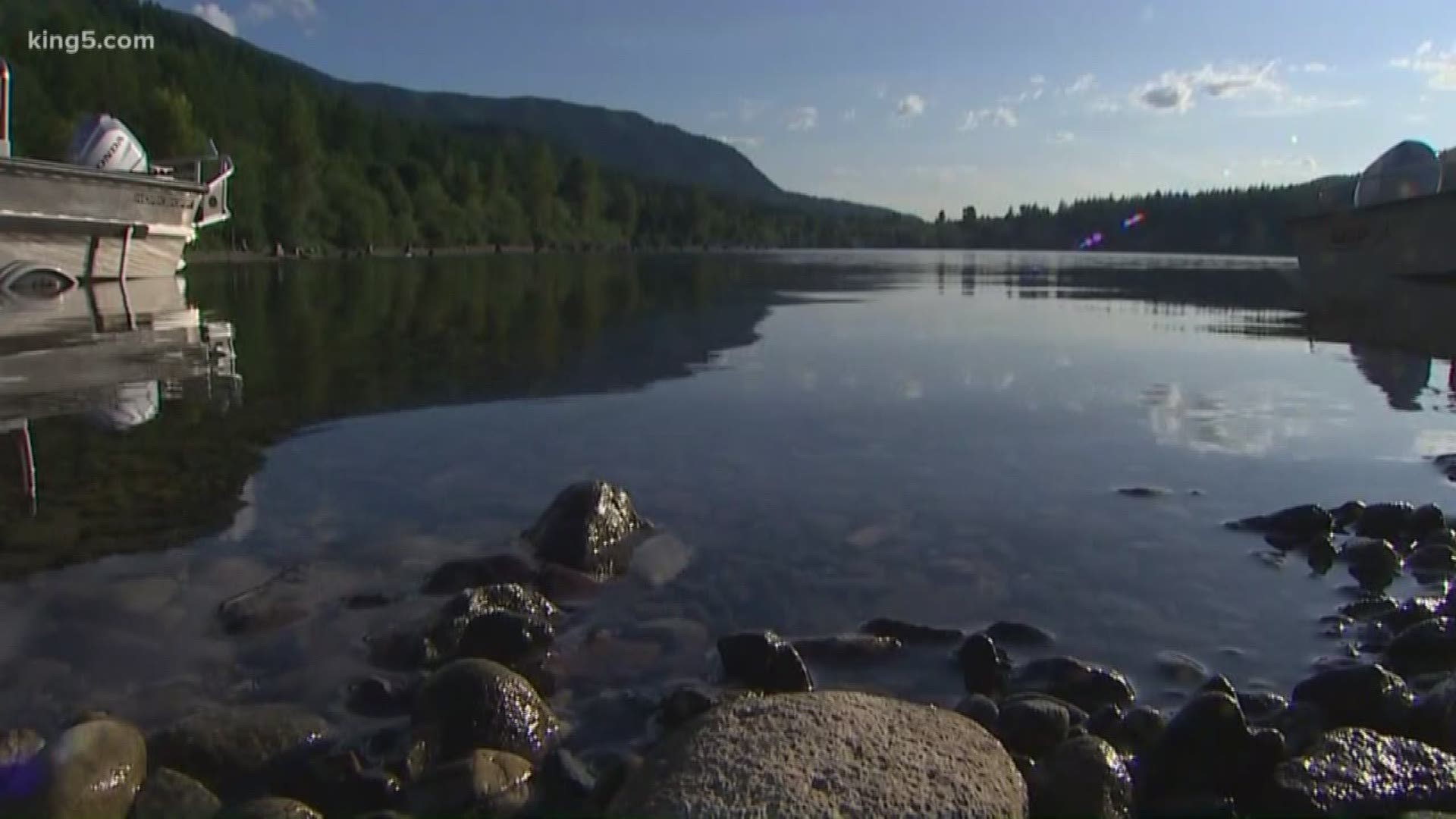 NORTH BEND, Wash. — Just before 3 p.m., two kayakers on Rattlesnake Lake reported seeing a woman who was swimming. She was not in distress. However, when they looked back a couple minutes later, the woman was gone.

"They were concerned enough with the possibility that she had drowned, so they called 911," Sgt. Mark Rorvik, Supervisor of KCSO Marine Rescue Dive Unit, explained.

Eastside Fire and Rescue responded, launching their drone to help search for the swimmer.

"We are using what is called an ROV, and it is an underwater remote operated vehicle to search the bottom for anybody that may be down there," said Sgt. Rorvik.

KCSO Marine Rescue Dive Unit seached until dusk, but no one was found.

They plan to take inventory of cars in the parking lot as they work to determine if a swimmer is actually missing.

The search comes less than a week after a man did drown at Rattlesnake Lake.

The lake does have a 'Borrow a Life Jacket' station set up that people are encouraged to use.