Fighter jet for sale in Seattle, and it can still fly

One of very few working fighter jets in private possession is for sale in Seattle. It's a historic aircraft, which has captivated crowds at air shows and helped Vietnam vets reconnect with their past. 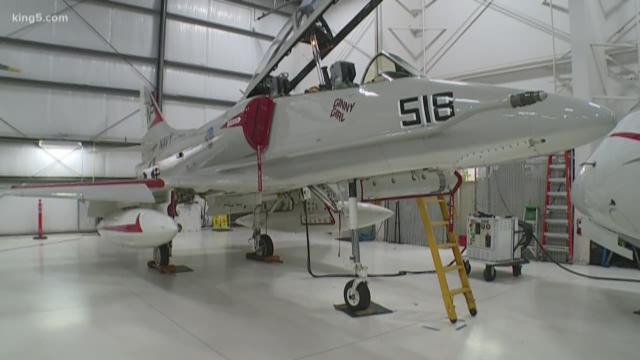 One of the very few working fighter jets in private possession is for sale in Seattle. It's a historic aircraft, which has captivated crowds at air shows and helped Vietnam vets reconnect with their past.

“I kind of hate to get rid of it, but time moves on, and it's time,” said Don Keating, who restored a TA4 Skyhawk.

Keating, who flew for Northwest Airlines for 38 years and currently flies private jets, wants to retire next year. He hopes to find a buyer looking for a one-of-a-kind rush.

“I get quite a few calls. When they find out what the price is on the aircraft, some of those go away,” he said.

The list price for the Skyhawk is about $2.9 million, but he's taking offers. If that sounds steep, it's because the airplane is quite rare. Keating thinks there are only three flying outside the military.

He acquired the parts and assembled the jet starting in 2004, and said you probably couldn't do something like that today because federal laws have become stricter. It's much more difficult now to acquire the primary components of military planes, Keating said. 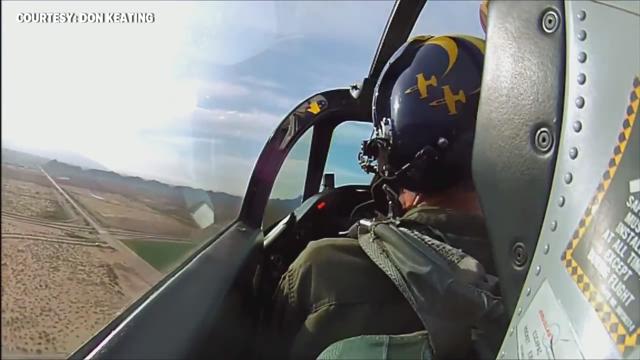 “This is it. This is the last great one you'll ever see a civilian fly,” he said.

Keating's jet has performed at shows all across the country, including at Seafair. He's also given rides to Vietnam veterans, who've flown the Skyhawk in much tougher conditions. Some were shot down, and for them, the Skyhawk is much more than a machine.

“It really brings tears to their eyes when they look at the airplane and start talking about the aircraft again, and of course there are a lot of POWs who flew this aircraft, a lot of guys that were killed,” Keating said.

After all those years soaring above it all, it's time to touch down and let someone else take over.

“The dream for me would be for someone locally to buy the aircraft, and I’ll fly it for them,” Keating said.