Puyallup woman who was was attacked, left for dead in 2003 named 'Ms. Wheelchair USA'

A Puyallup woman left to die after being attacked in 2003 has been named the 2021 "Ms. Wheelchair USA." 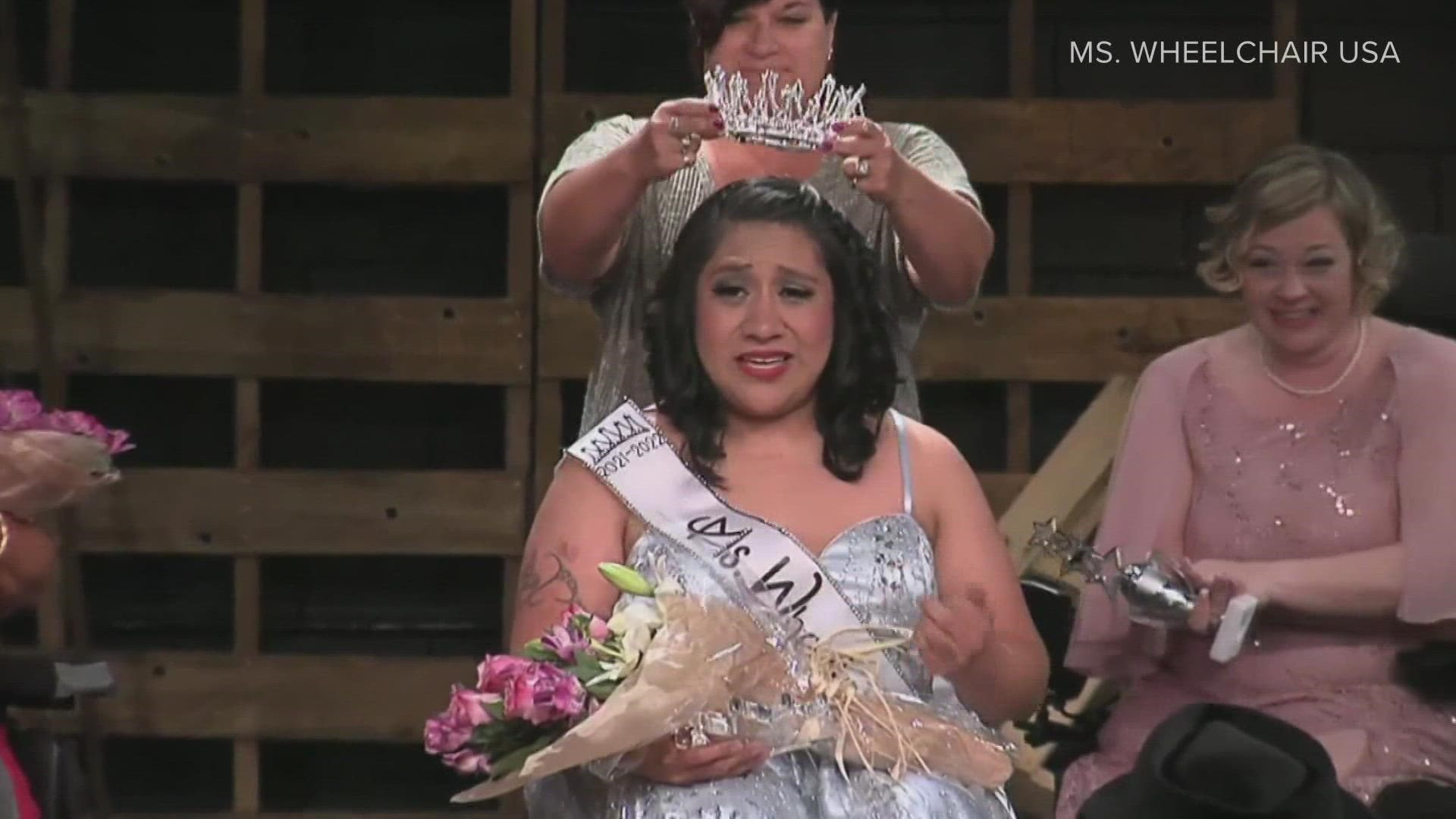 PUYALLUP, Wash. — A Puyallup woman who was left to die after being attacked in 2003 has been named the 2021 "Ms. Wheelchair USA."

About 18 years ago, Erica Myron was a new mother with a nine-month-old son. She had just come into some money that others had found out about. A man intending to rob her shot her and left Myron to die.

"I rolled down this little embankment, and I kind of just laid there focusing on the sky and the stars because I knew that if I moved or showed any signs of life that that guy was going to keep shooting," Myron said. "So, I just laid there looking at the stars, making peace with God."

Myron survived, but the attack put her in a wheelchair for the rest of her life. It became clear that she would no longer be able to do some things she could before. However, there was a lot she could do, and years later, pageants became a part of her life.

Myron has been competing in pageants for about 12 years. She said Ms. Wheelchair USA was a week filled with incredible experiences not only competing but building friendships and bonding with other wheelchair users.

When she was named Ms. Wheelchair USA 2021, she couldn't believe she had finally done it.

"I was thinking, 'if I don't win, it's going to be fine. I did the best that I could to prepare.' And then all of a sudden, the girl next to me, Michelle Miller, she's like, 'you won!' And I just started crying," said Myron.

Myron said not only is she focusing on her success, but she's also building her platform to help others heal their trauma and better their mental health through art.

"I take my trauma, and I use it so that other people don't have to feel this way," she said.