The store was closed 'indefinitely' after staff took part in a Black Lives Matter march, but set a reopening timeline after employees put a petition online. 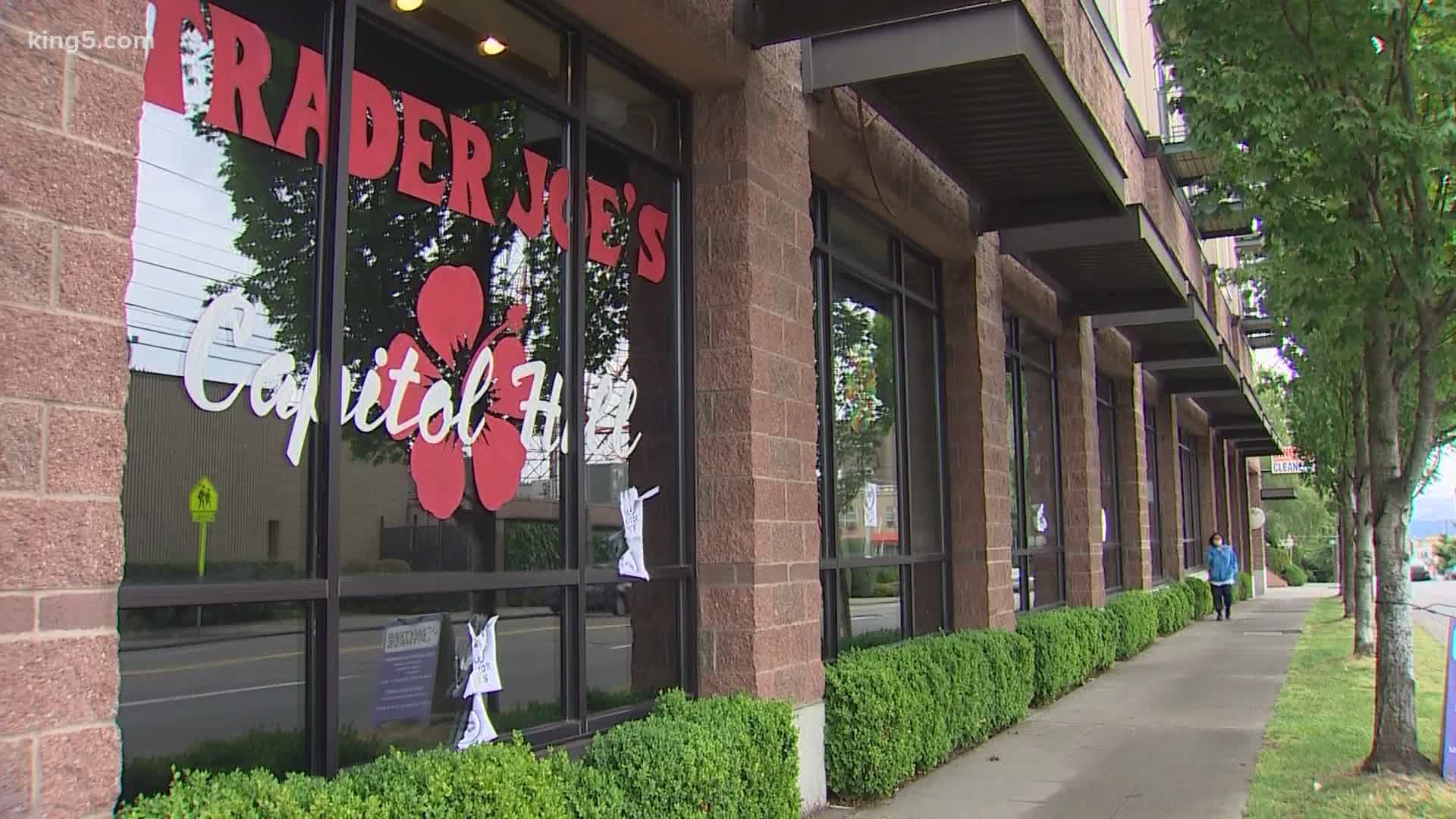 SEATTLE — Employees at a Seattle Trader Joe’s grocery store are calling a closure retaliation for participating in protests.

The Capitol Hill store on E. Madison St. closed abruptly Friday afternoon, with signs posted in the window saying it would continue “indefinitely.”

Peter Strand has worked there for about a year. He said the closure came after many employees planned to participate in the Black Lives Matter silent march.

“We cleared it with store management in advance and were told it would be an excused absence and wouldn’t result in disciplinary measures, so dozens of us did not come to work as agreed on Friday the 12th,” he said Monday.

He says the corporate office ordered the store closed.

“They were unsatisfied with the rationale for the early store closure and decided the store would be closed indefinitely,” Strand said. “This decision came to a shock to all of us as crew, and we also know that store management was surprised by the decision.”

The employees spent the weekend thinking they’d lost their jobs – and mobilized online, launching a website and petition to save the store and their jobs.

Monday, Trader Joe’s said the store closed early “because we did not have enough Crew Members available to run the store,” and will reopen in a week or two.

“During this temporary closure, we are taking the time to execute a remodel plan to address safety and security concerns that have developed over the last year,” a spokesperson said.

Trader Joe's also said it is paying employees for scheduled shifts during this period.

“What they’re saying about the remodel is a smokescreen,” he said. “None of us had been alerted to that before today.”

He said attending the protest – which drew at least 60,000, was inspiring.

“People are turning out in huge numbers and we want to be part of that,” he said of protests across the country. “And one of our roles within that is to call out corporate anti-blackness inside of Trader Joe's and other institutions loudly and unequivocally.”