Olympia business owners anxious about unrest from the election

Many Olympia businesses boarded up when COVID hit, and stayed shuttered during violent protests this summer. Now owners are worried about election unrest. 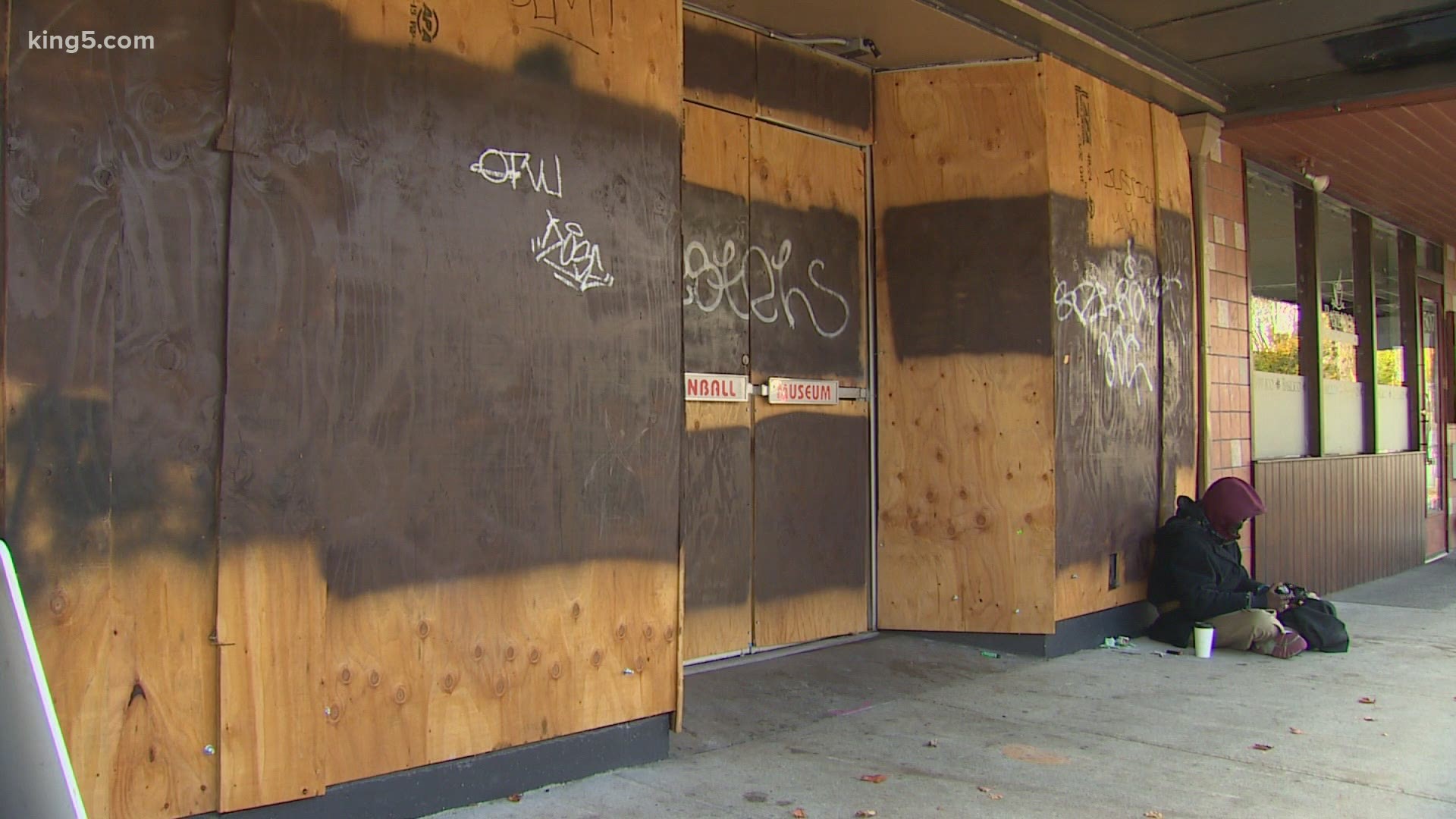 OLYMPIA, Wash. — First, businesses in downtown Olympia boarded up their storefronts because of COVID-19 shutdowns. The plywood stayed up after violent demonstrations in the late spring and summer.

Now business owners plan to leave the plywood in place at least through Election Day.

Building owner Susan Christian hopes to remove the boards from the front of her Capitol Way building soon, but not until she’s sure the election won’t prompt more vandalism.

"I don't like it that people want to break stuff. I know people are frustrated,” said Christian.

Kae Stair said the store has had to be cautious about demonstrations, but she felt boarding up the business sends the wrong message.

"We're a store of people who live and work and love Olympia,” said Stair. “We want our business and doors to stay open so anybody who feels that way can come here, too."

"A lot of customers felt unsure and anxious,” said Stair. “I helped some people to their cars because they didn't want to go outside.”

She's concerned the rally could be a sign of things to come.