The Pierce County home builder has noticed a rise in attempted plywood thefts this year as lumber prices go up due to the pandemic. 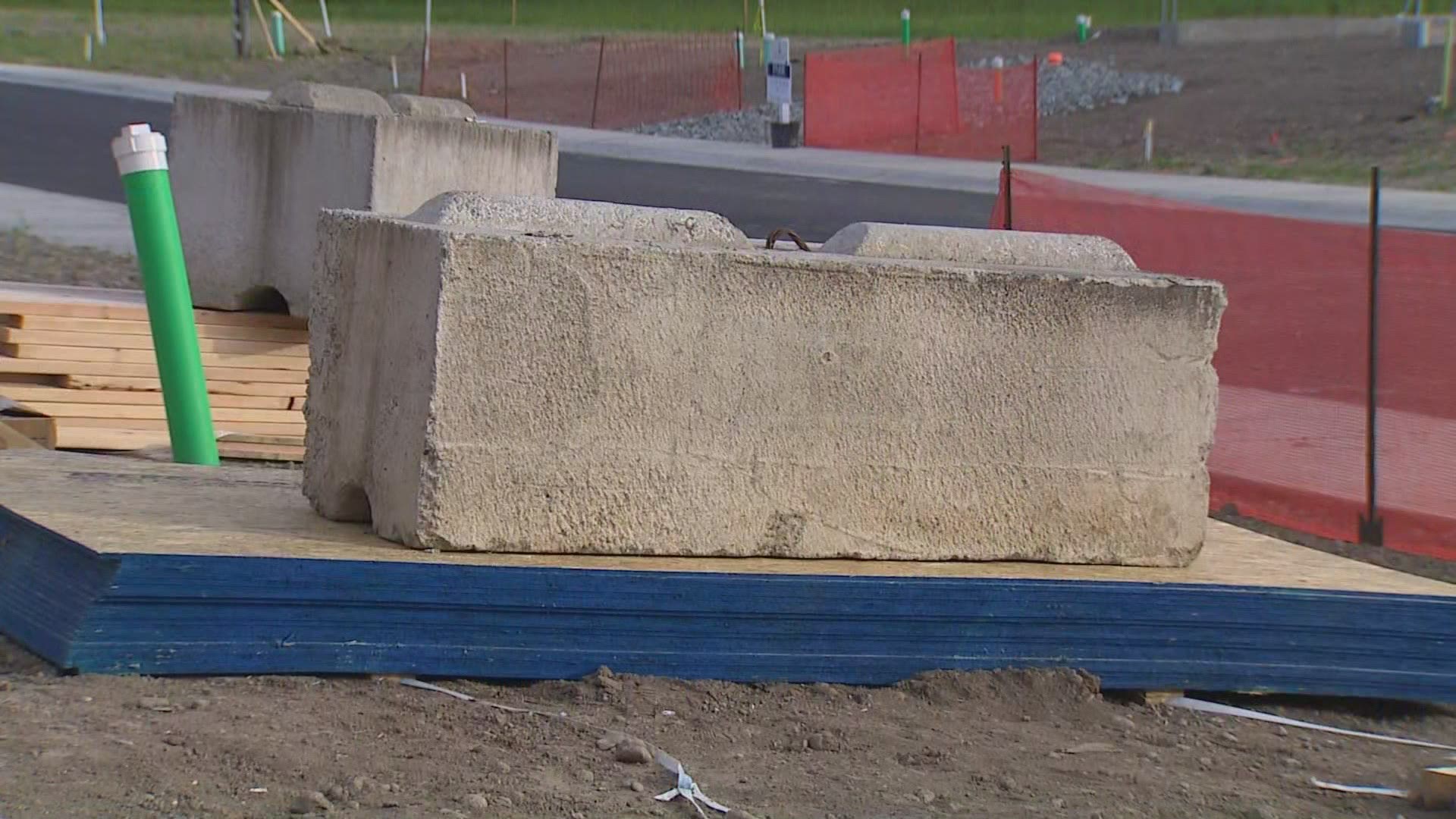 PUYALLUP, Wash. — Thieves will get creative with what they can steal -- from copper to catalytic converters, even lumber. But a home builder in Pierce County is getting creative on his own to stop potential lumber thieves.

Terry Folden, the general manager of Presidential Homes in Puyallup, said he invested in dozens of concrete "ecology" blocks that weigh about 3,000 pounds each, and are typically used for retaining walls. He then uses a forklift to put the heavy weights on top of plywood stacks to stop thieves from taking the lumber and hauling it away.

Folden said he has noticed an increase in theft attempts since lumber prices have gone up. Two years ago, a lumber package for a home would go for about $20,000 to $30,000, according to Folden.

Lumber prices are currently hot with the pandemic driving up costs as demand for plywood goes up.

This year, Folden said he had to call the Pierce County Sheriff's Department several times for at least six attempted thefts on home-building property.

In 2017, Folden said he endured a $60,000 loss after he said thieves took lumber from one of his construction sites.

"They're not getting one or two pieces. They're coming here to get everything they can," Folden said.

Folden also invested in cameras that can detect motion and sound. In one instance, the cameras captured someone trying to hot-wire a forklift in order to move the concrete blocks, according to Folden.

"So the nice thing is, it alerts you when somebody comes in," said Folden.