Purdue Pharma, the maker of OxyContin, will pay the biggest penalty ever for a pharmaceutical company, but Washington victims of opioid abuse say it isn't enough. 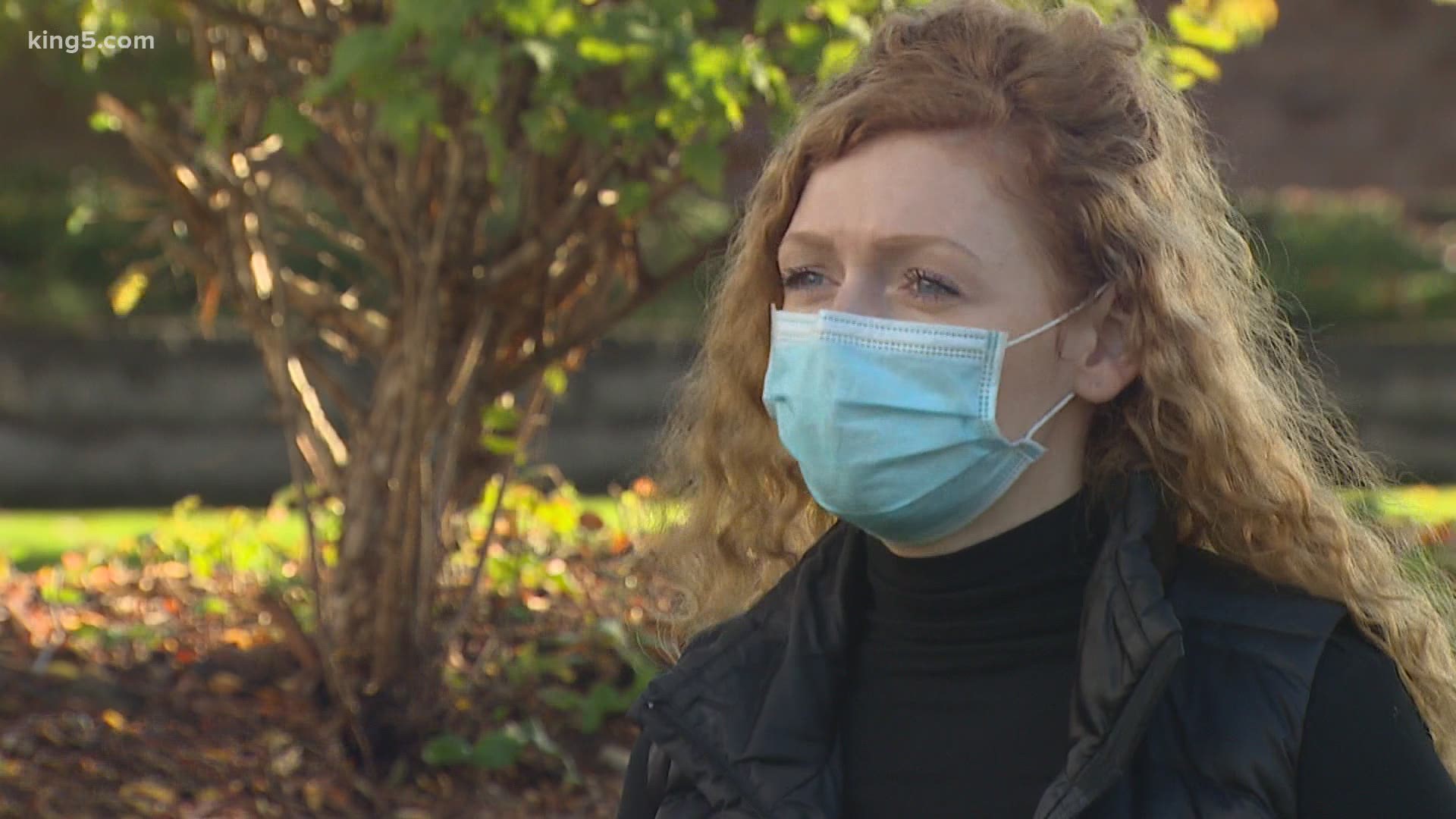 EVERETT, Wash. — OxyContin maker Purdue Pharma has agreed to plead guilty to three felonies, and to dissolve the company and pay $8 billion in damages as a result of its part in creating America's opioid epidemic.

Ground zero for the legal fight has been the Snohomish County city of Everett which filed the nation's first lawsuit against the pharmaceutical company.

"OxyContin was flooding the streets in Everett," said Lindsey Arrington.

Everett and all of Snohomish County have been under siege by OxyContin for years.

"The euphoria of this drug was such that some people only had to use it one time to experience physical withdrawal symptoms," said Arrington.

Arrington was among those who fell into the drug's clutches. She started self-medicating with Oxy for anxiety and depression at 16. Soon she was hooked and spent the next six years fighting for her life.

It didn't take long for her to realize the drug dealers were actually the doctors.

"It was like, what can we possibly do to keep getting repeat customers, repeat patients? How can we get these people hooked for the rest of their lives?"

By pleading guilty, Purdue Pharma admits it manipulated marketing campaigns and gave kickbacks to more than 100 doctors across the country who willingly overprescribed the powerful painkiller.

Those doctors even sold it to street dealers who helped create a generation of addicts.

The $8 billion settlement is the largest against any pharmaceutical company ever, but Arrington doesn't feel it goes far enough.

"Money doesn't do justice for the impact Purdue has had on our country, on families, on people that I love," she said. "They knew what they were doing. Someone needs to go to jail."

The city of Everett, state of Washington and Snohomish County still have their own outstanding suits against Purdue.

Some critics believe the deal was done before the November election to get President Donald Trump a campaign trail victory and avoid a potential negotiation with Joe Biden who might be tougher on the drug giant.

The money will be used for drug treatment and prevention programs.

In order to distribute the funds the United States will essentially create a government run company out of Purdue's assets.

OxyContin will continue to be manufactured for use in strictly medical settings.

Many states have objected, saying the government shouldn't be in the drug business.

As for Arrington, there is one positive side effect of her addiction. She is is now an advocate for reform.

The mother of three was at the White House the day President Barack Obama first signed a law to fund opioid treatment.

Ten years clean, she has also started the nonprofit Hope Soldiers which advocates for the depressed and addicted.

"The message I would want to give," said Arrington, "is despite Purdue's greed and the blood on their hands, there is still hope that people can overcome addiction."