Olympia's Glowhenge lights up the night

The art installation was only up for a few hours but drew dozens of curious onlookers. #k5evening 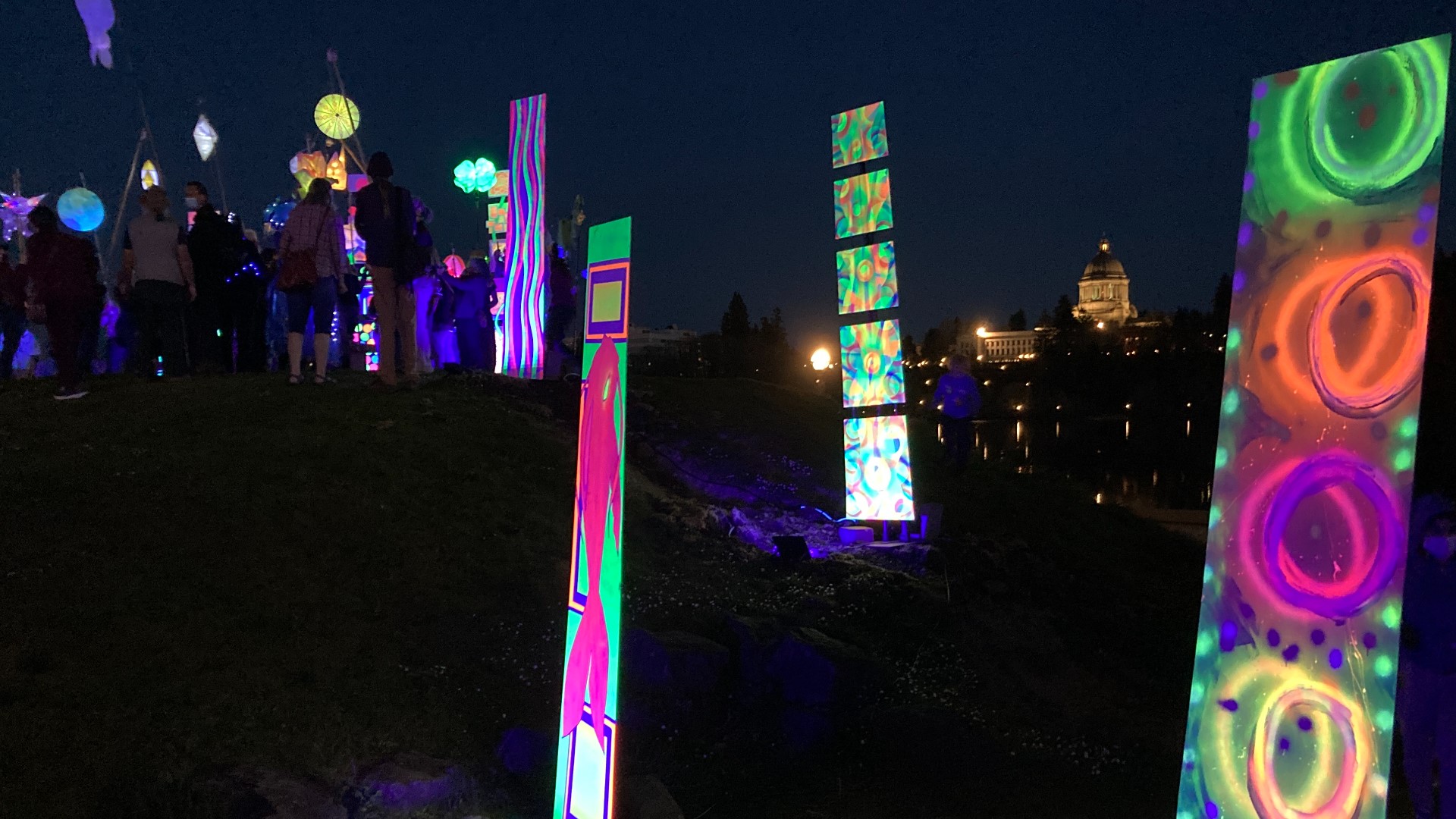 OLYMPIA, Wash. — It's called Glowhenge, a glow-in-the-dark art installation made up of 13 eight-foot tall monoliths.

“It's so fun,” says contributing artist Chie Okazaki. “There's so much creativity and just playfulness”.

It’s all the brainchild of Dave Sederberg, a popular guy in Olympia's artistic community.

"He has great ideas,” says contributing artist, Daniel Whitehouse. “When he approached me and said Oh hey do you wanna do this thing? I was like oh heck yeah!”

Sederberg owns Pacific Stage in Olympia. At this time of the year, he'd usually be preparing to do sound and lighting for a corporate event.

But these are still unusual times.

“There hasn't been a big draw for that lately for some reason,” he laughs.

So Sederberg has focused instead on his first love: making art for art's sake.

Remember when that metal monolith suddenly appeared in a remote part of southern Utah? That, some glow-in-the-dark spray paint and a dozen black lights, were all the inspiration Sederberg needed.

“I thought it would be fun to build a monolith,” he says. “So my brain started storming I thought I could invite a bunch of other artists to join me.”

Seven artists contributed. But on a Thursday afternoon, only Whitehouse could make it to Capital Lake to help set up.

“Usually we have help,” he laughs. “Normally there would be like six people here helping to set up, but this time it was just Dave and I and I'm not sure what happened to everybody else.”

“It's a lot of work setting it up you know in order to make it stand up and not blow away,” says Sederberg.

Now it's all up to the setting sun and the black lights.

Credit: KING TV
More of the glow in the dark panels at Glowhenge

At dusk, the panels begin to glow. And like ants on a mound, people climb the hill to get up close.

“It's great for people to be able to interact with the art,” says Sederberg.“We've spent well over a year doing very little interaction.”

There are almost spiritual overtones to this evening, especially as a procession carrying fancy lanterns gather around the monolith.

But it was never meant to last for more than a few hours.

“It's like a flower,” says Sederberg. “It buds. You see it and it goes away. That's part of what makes it special. It doesn't stay up for very long”.