The certificate of recognition is dated June 2020, the same month that the officer and three others were placed on leave for the second time over Ellis’ homicide 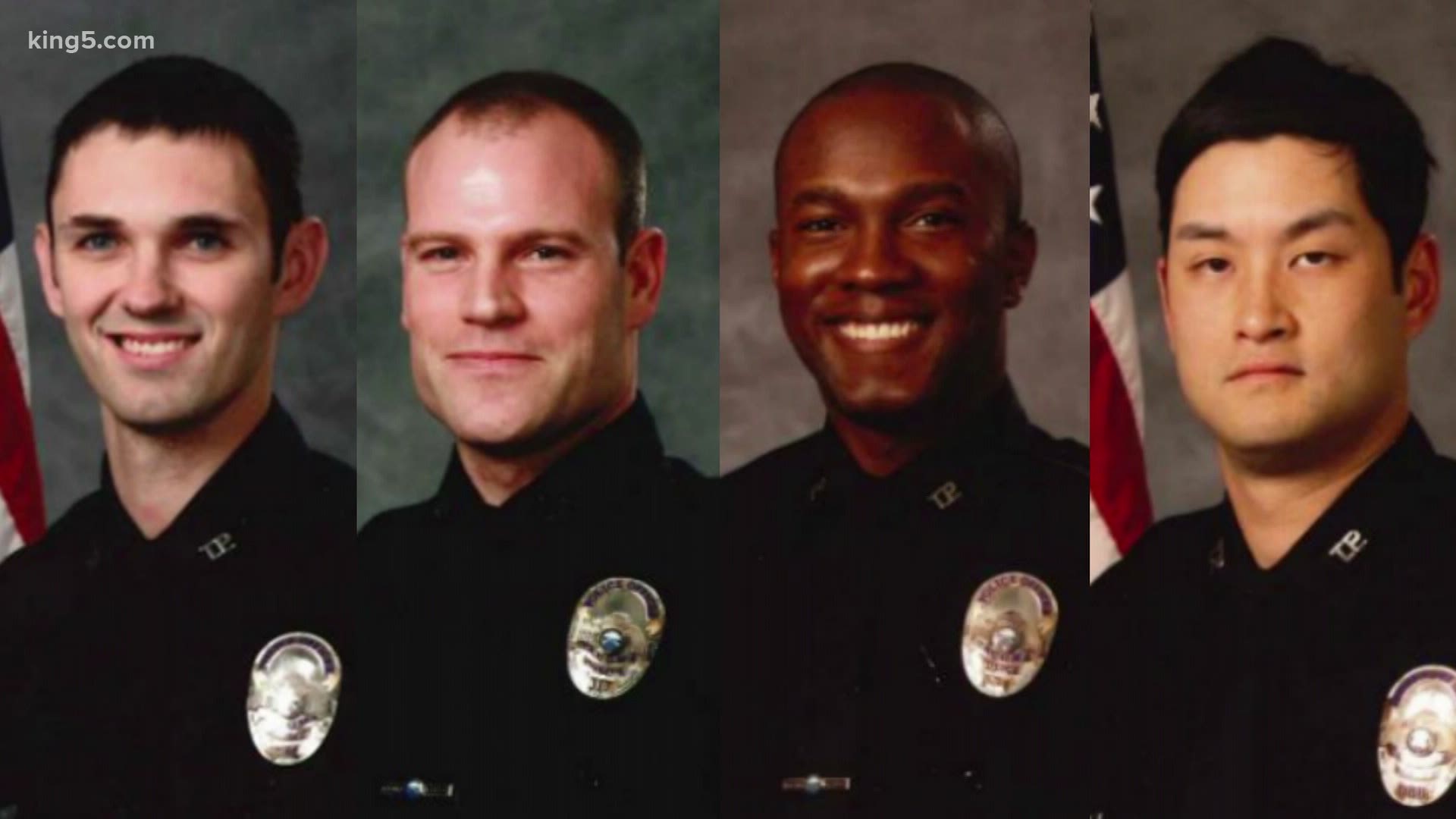 TACOMA, Wash. — Matthew Collins, one of the Tacoma police officers placed on leave after Manuel Ellis’ homicide received a certificate of recognition for “notable achievement… for completing 5 years of dedication and responsible service.”

The award is signed by Mayor Victoria Woodards and is dated June 2020, the same month that Collins and three other officers were placed on administrative leave for the second time in three months over the killing of Ellis.

The certificate is part of Collins’ personnel file, which KING 5 obtained as part of a public records request of the files of Collins and the three other officers placed on leave, Christopher Burbank, Masyih Ford and Timothy Rankine.

Ellis’ homicide is not included in any of the officers’ personnel files.

All three officers were initially placed on paid administrative leave after Ellis was killed during a March 3 arrest.

They returned to work, but were placed on leave a second time in early June after the Pierce County Medical Examiner determined that Ellis died of a lack of oxygen due to being restrained. Ellis' death was ruled a homicide.

The performance evaluations of all four officers are heavily redacted as a matter of privacy, according to the documents that were obtained. However, awards and commendations for the officers are not redacted.

The paperwork shows that Collins received 12 commendations over his five-year career with the department, including a medal of merit awarded in 2016 for not using deadly force in a life-threatening situation.

Burbank, who joined the department in 2015 from the Winston-Salem Police Department in North Carolina, had six commendations, including a medal of merit for the same incident in 2016.

There were no use-of-force incidents mentioned in the officers’ files and only one disciplinary action against Ford, for distracted driving before a fender bender that was deemed “preventable.”

Burbank and Collins each had one complaint against them from someone who wanted the officers to make an arrest after he called 911. The complaint was determined to be “unfounded.”

Police Chief Don Ramsdell also has touted the training, including in bias, equity and diversity, in that Tacoma officers go through.