New video contradicts claim that 'no one choked' Manuel Ellis

Video shows an officer placing Ellis in a brief chokehold despite police attorneys' statement denying that Ellis was choked during the fatal arrest. 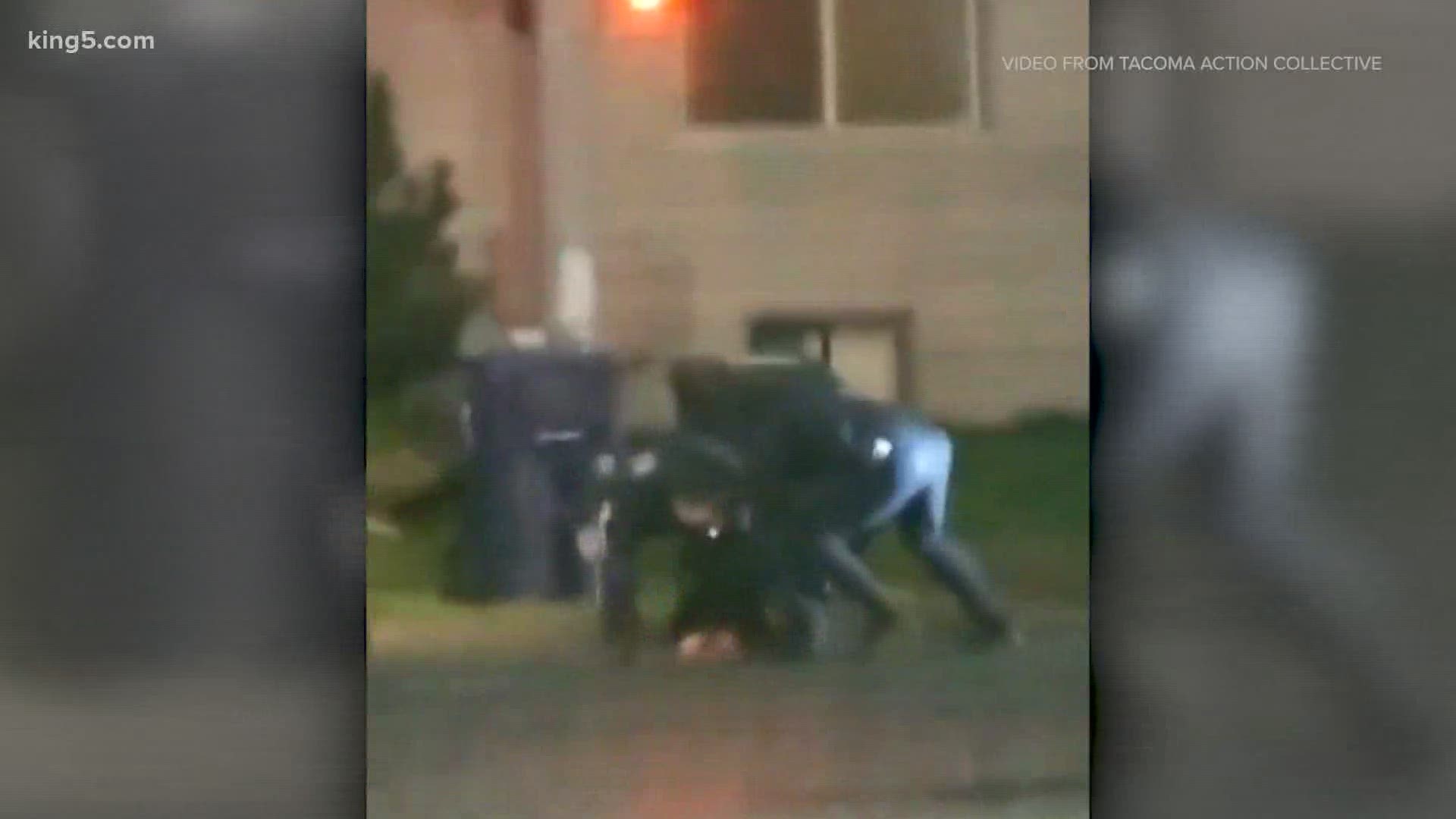 TACOMA, Wash — New video shows a Tacoma police officer placing Manuel Ellis in a brief chokehold on the night he was killed in police custody, as another officer uses a Taser on Ellis.

The actions seen on the video contradicts a claim by attorneys for the officers, who said that no one choked Manuel Ellis.

The video was shot on a cell phone by a bystander and released to the public by the Tacoma Action Collective on Tuesday. James Bible, an attorney for Manuel Ellis’ family, said the video was damning evidence of a cover-up.

“The police have been perpetuating a false narrative this whole time,” said Bible. “Recently their attorneys had indicated that they never choked anyone in relation to the Manny Ellis case.”

In a statement released last week, Steven L. Myers and Michael W. Staropoli, attorneys for the four officers involved, rejected comparisons to the killing of George Floyd during an arrest in Minneapolis, which sparked protests across the country.

"No one choked Mr. Ellis, not for 8 minutes and 46 seconds, not at all,” the attorneys said in a written statement.

“Clearly, based on this video, that’s not true,” Bible said. “Ultimately what we see here is an absolute disregard for human life and then the indignity of the cover-up following it.”

But the new video shows an officer deploying a Taser. The medical examiner’s report confirmed that Ellis had injuries on his chest “consistent with Taser probes.”

After seeing the video, Staropoli, an attorney for two of the officers, maintained that the video contained no new information.

“These video clips do not present the ‘aha’ moments that proponents wish to create. Instead, they both corroborate and confirm much of what investigators are likely to already know about the encounter between police and Mr. Ellis,” Staropoli said in a statement. “The piecemeal release of parts of a complex incident like this one only serves to inflame and manipulate public opinion and reaction.”

Tuesday's video was the latest one released in the past few weeks, taken by people who were passing by in cars during Ellis' arrest.

The first two videos shot by passers-by led Tacoma Mayor Victoria Woodards to call for the officers' firing shortly after those videos were released to the public.

On Tuesday, Bible called on Tacoma Police Chief Don Ramsdell to step down in light of the new video.

Ramsdell has declined to speak directly to the investigation because it is ongoing. But he announced he has directed staff to draft a series of new policies for officers, including a ban on chokeholds, a requirement that officers give a warning before shooting, and a requirement that officers intervene in cases where an officer engages in a clear use of excessive force.