A Kent family spent a decade looking for the sailors that rescued them at sea more than 30 years ago. They were surprised to find their heroes living in the same state. 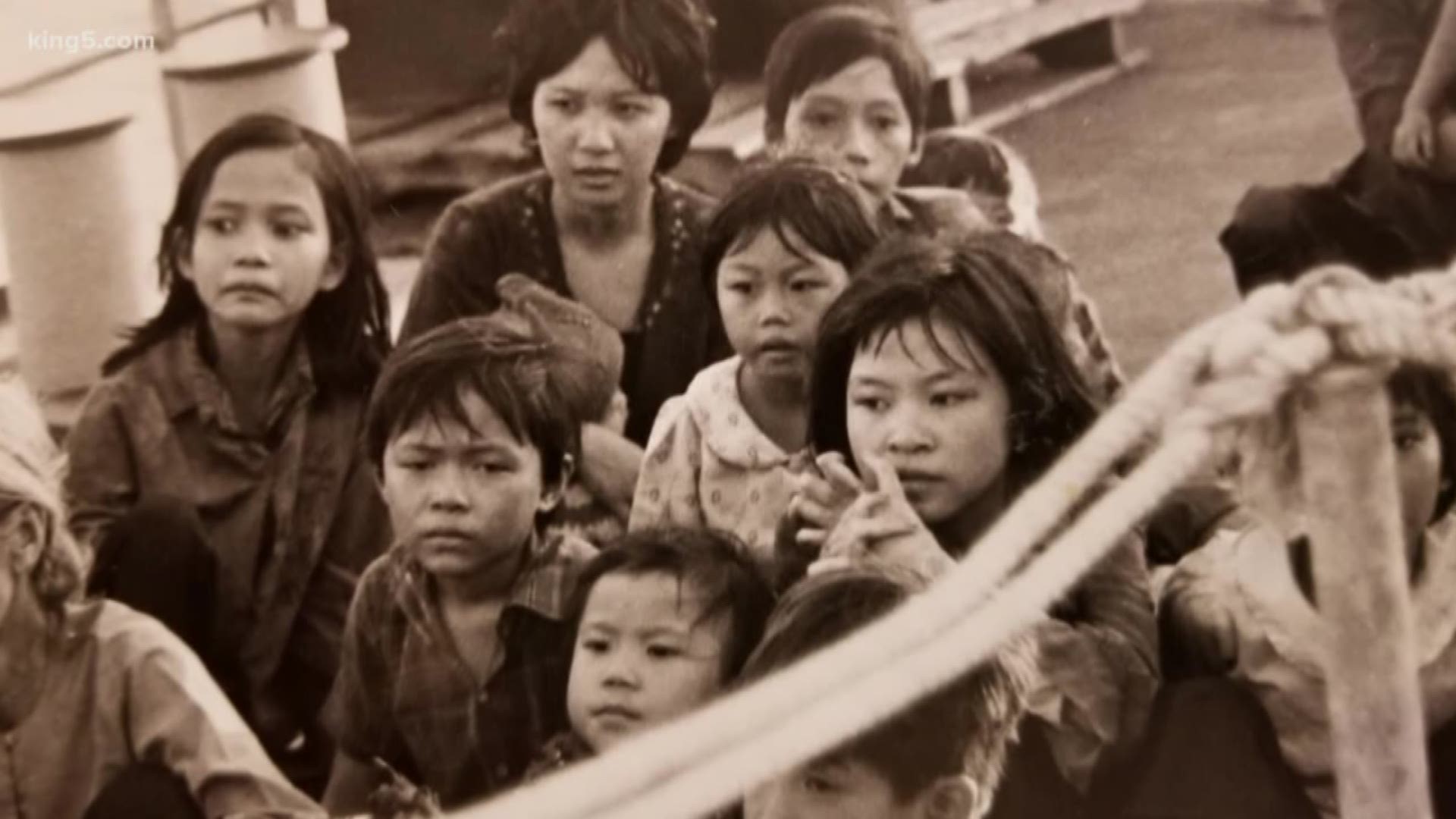 It's not every day you get to say thank you to someone for saving your life. But at a small Vietnamese restaurant in Vancouver, Washington, the day has finally come.

Anne and Elaine Huynh, along with their parents Kay and Hoa, spent the past decade searching for any of the Navy sailors that helped rescue them in the South China Sea decades ago.

"America is our heaven on earth. It's as close as it gets," said Anne. "They gave us a chance to live heaven on earth and we just want to tell them that."

On October 11, 1981, Dale Joliffe, freshly enlisted in the Navy, was the lone lookout about the U.S.S. Ingersoll. Just before dawn, Joliffe remembers seeing something off in the distance.

It was the Huynh family, along with 40 others, packed into a small boat adrift at sea. The group was fleeing the communist government of Vietnam years after the fall of Saigon. Rations on board the ship were running low.

"My father said, 'By the grace of God, we're going to do this. If we live we live, if we perish we perish together,'" said Anne. "There were so many ships that actually passed us. Six to be exact."

Then, when it appeared all hope was lost, the U.S.S. Ingersoll came near.

"I knew when I saw the American flag, we were saved," remembers Kay. "I knew 100 percent."

As it turns out, Joliffe had to convince the open-minded captain to turn around and abort the mission just to save the boaters.

It's an act the family will always be grateful for.

"I'm so glad you did that," joked Anne, after meeting Joliffe and fellow shipmate Pete Madlem.

"We feel like they're family now," said Joliffe. "This is not closure, it's just another chapter."