Search teams are looking for Vincent Djie and Talal Sabbagh, both reported missing over the weekend after hiking in different areas of Mount Rainier National Park. 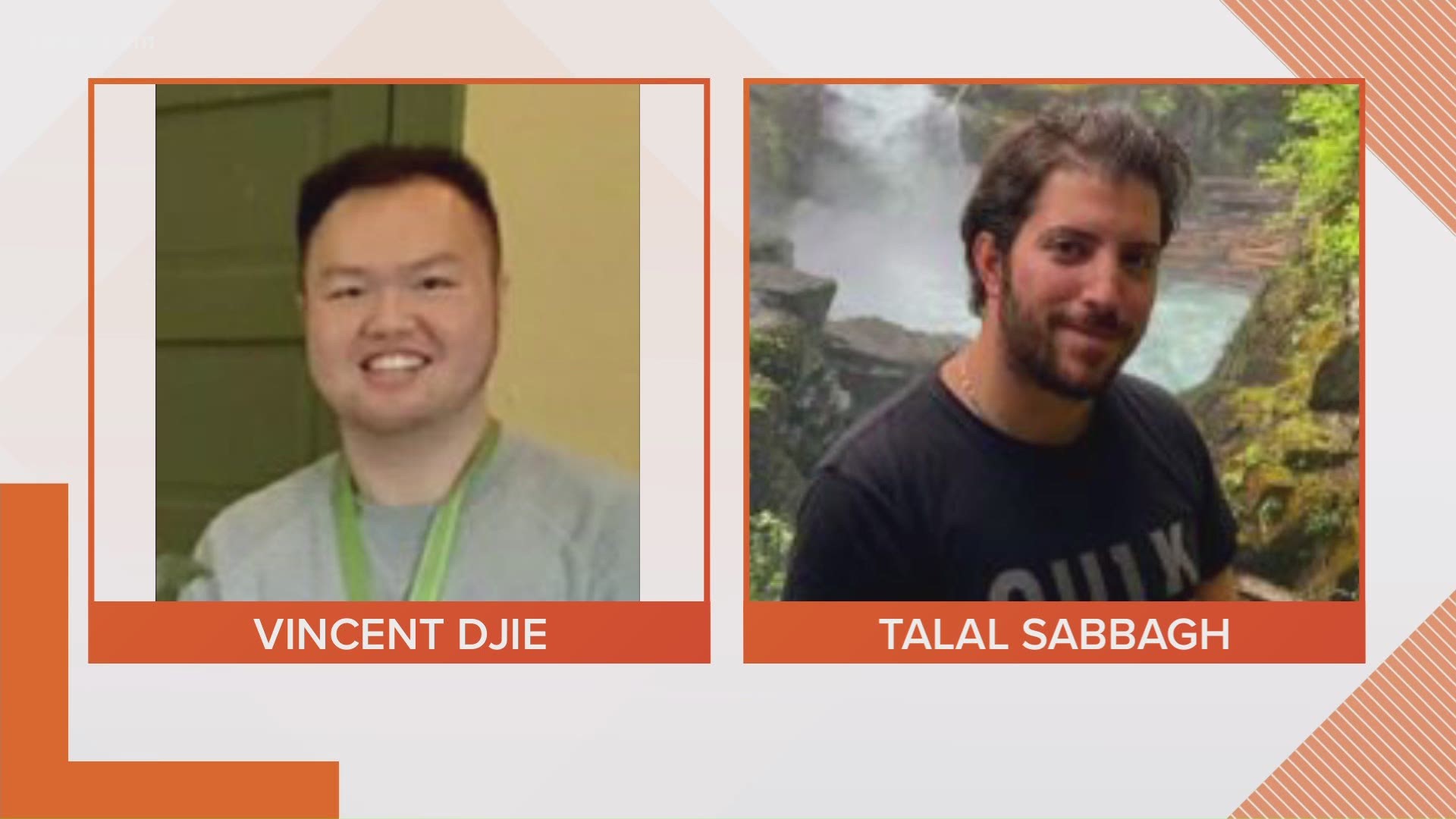 LONGMIRE, Wash. — Authorities are searching for two hikers in two different areas of Mount Rainier National Park. One search is focused on trails out of Longmire and the other is focused on Paradise trails.

Vincent Djie hiked the Alta Vista Trail at Paradise on June 18, and he was last seen the afternoon of June 19, hiking the Van Trump Trail toward Mildred Falls, according to a release from Mount Rainier National Park officials.

Djie, a 25-year-old Indonesian student who has been living in Seattle, didn't come home on June 19 and has been reported missing to the Pierce County Sheriff's Office.

Search crews are also looking for Talal Sabbagh, 27, from Seattle, who was reported missing on June 22.

Sabbagh intended to hike at Paradise on June 21, officials said. His vehicle was found in the parking lot at Paradise and crews quickly did a search of the area but there were no signs of Sabbagh.

Crews are now focusing on the northeast trails at Paradise.

People with any information that could help either of the search efforts are asked to call (360) 569-6683.