A local chapter of the nationwide Moms Demand Action movement got together to write postcards to lawmakers demanding action on gun laws. 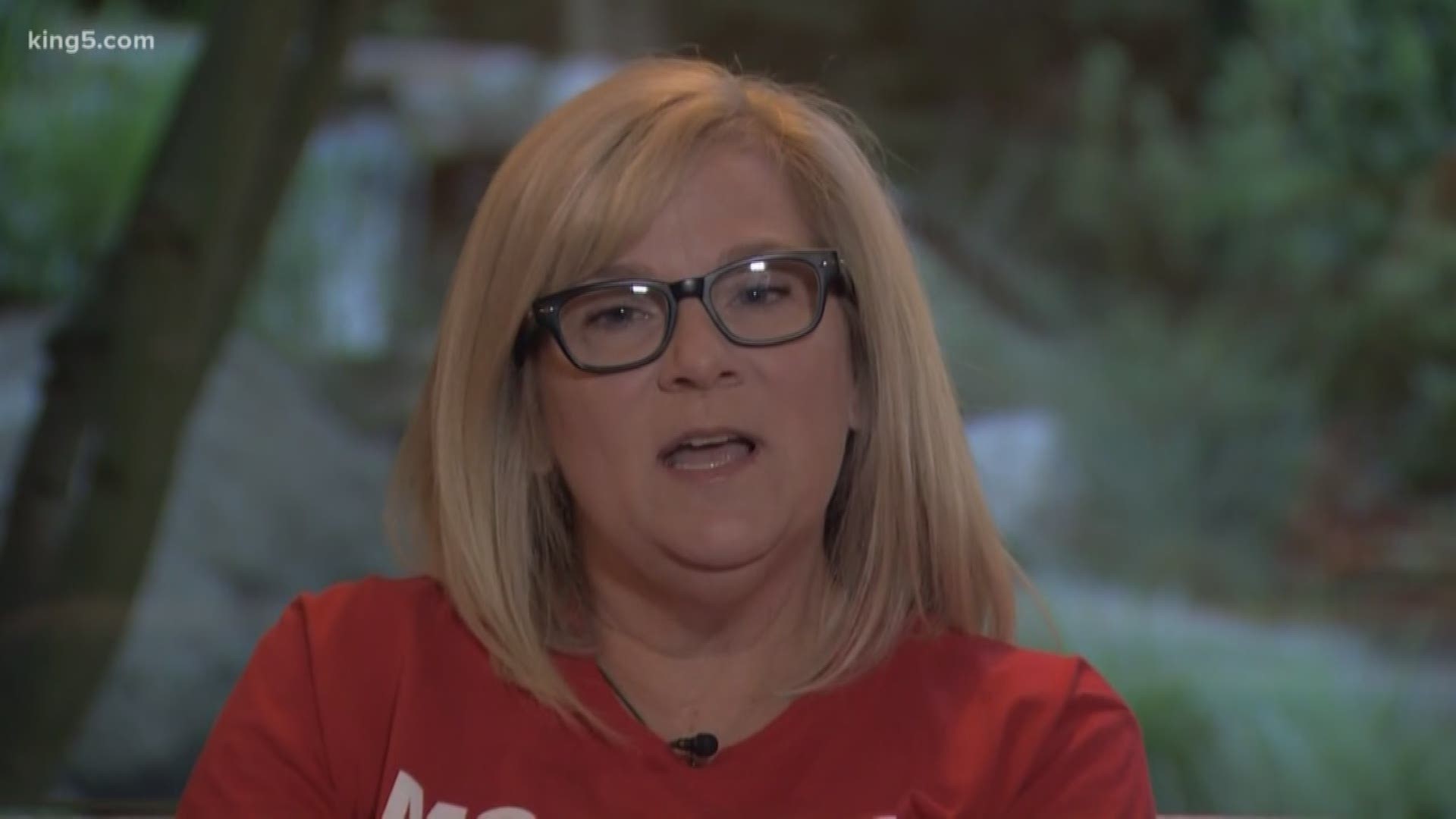 SAMMAMISH, Wash. — "Do Something."

That has become a rallying cry of sorts for many people across the United States following two mass shootings that killed at least 29 people over the weekend.

On Wednesday, a local chapter of the nationwide Moms Demand Action movement got together to write postcards to Washington state's senators, Maria Cantwell and Patty Murray. They also wrote postcards to Senate Majority Leader, Mitch McConnell.

RELATED: 31 dead from 2 mass shootings in one weekend

In the postcards, the Sammamish moms ask for Senators Murray and Cantwell to keep the pressure up on their colleagues to fight for stronger, more sensible gun laws.

Their postcards to McConnell were more direct and questioned how he could allow two House resolutions about stronger gun laws remain dormant waiting for a vote within the Senate.

Wednesday's efforts were part of a larger nationwide effort from Moms Demand Action to call on political leaders to not simply offer thoughts and prayers but get back to work on finding solutions to gun laws.

On Thursday, McConnell announced that the Senate would consider legislation to expand federal background checks and other gun violence measures when lawmakers return in the fall.

These are the bills passed by the House and awaiting consideration in the Senate:

Passed in February by a vote of 240-190, the Bipartisan Background Checks Act of 2019 would prohibit most person-to-person gun transfers unless a background check can be done.

This bill, also passed in February by the same voting margin, would extend the time firearms dealers must wait for a response to a background check before completing a sale. Currently, they can proceed with the sale if they haven't received a response in three days. This bill extends that to 10 days.

The Republican leader told a Kentucky radio station that President Donald Trump called him Thursday morning and they talked about several ideas. The president, he said, is "anxious to get an outcome and so am I."

Republicans have resisted expanding background checks, but face enormous pressure to do something in the aftermath of the mass shootings in El Paso, Texas and Dayton, Ohio, over the weekend that killed 31 people.

"Background checks and red flags will probably lead the discussion," the Senate leader said, referring to legislation that allows authorities to seize firearms from someone deemed a threat to themselves or others.

The Republican leader has been under pressure to call senators back to Washington from their summer recess to work on gun measures. He rejected that idea, saying it would just lead to senators "scoring points and nothing would happen."

Instead he wants to spend the August recess talking with Democratic and Republican senators to see what's possible.

"What we can't do is fail to pass something," McConnell said. "What I want to see here is an outcome."