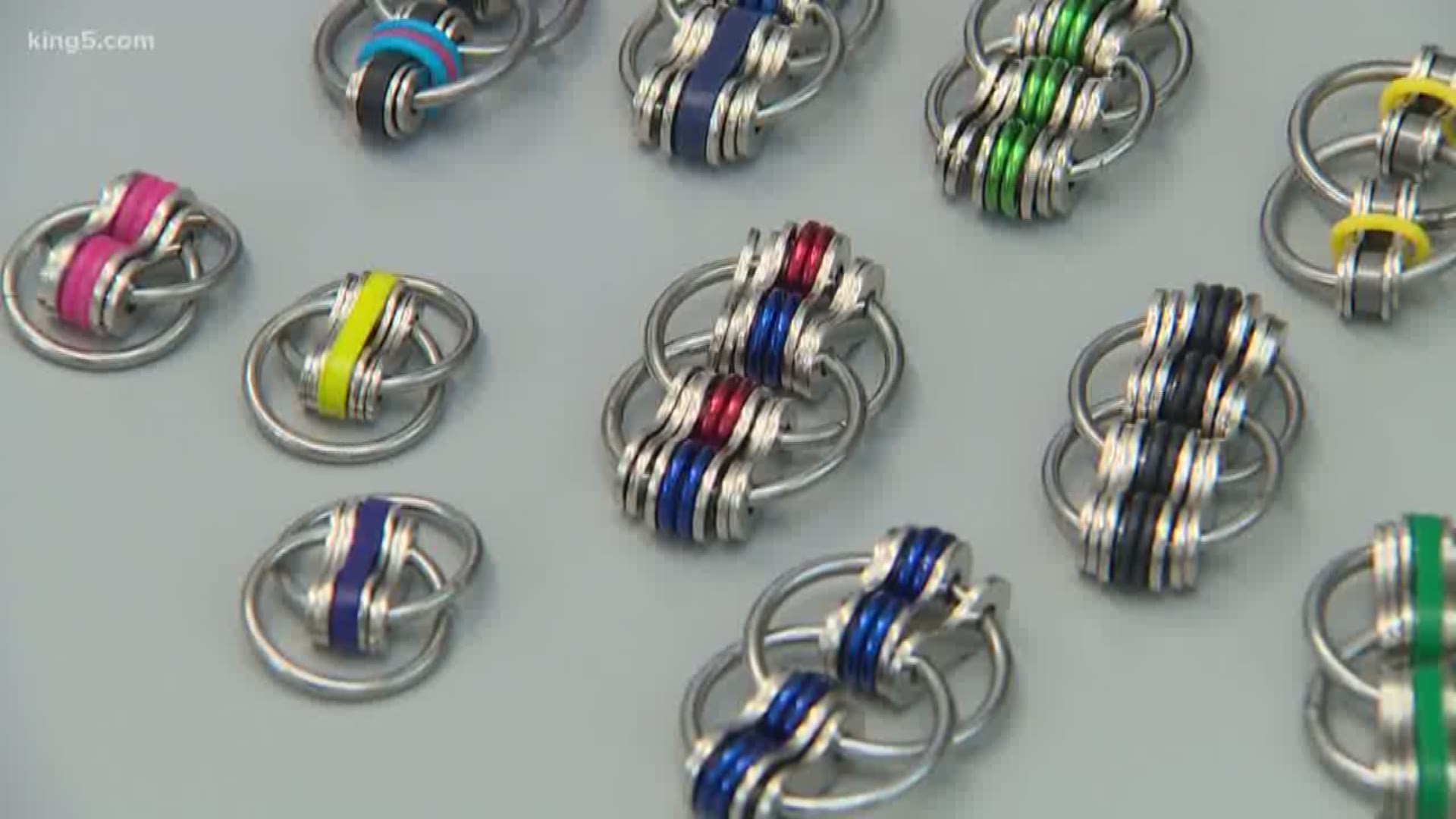 A Mercer Island man who has struggled with attention deficit disorder has created his own fidget toy, aimed at people who may be too distracted by the popular fidget spinners.

Jason Burns is a former Hollywood producer turned founder and CEO of Fidgetland. He says his creations haven't just improved his own life, but the lives of children and adults around the world. Burns says his devices are helping people with a wide variety of disorders, not just ADD.

The devices are made from bearings and rings. They come in various sizes and designs between $7 and $15. Fidgetland even sells a do-it-yourself fidget kit for $49.

The venture began as a pet project from Burns' garage and grew to an enterprise.

“People were emailing us from all over the world,” said Burns, “with conditions I never would have imagined - autism, Aspergers, senior citizens with hand tremors, narcolepsy, PTSD… I [was blown away] because I didn’t design it for them. I just made it for myself, to deal with my fidgeting."

His idea took him all the way to Shark Tank, a TV show where inventors and entrepreneurs pitch their products in hope of getting a big-money investor. Barbara Cocoran ponied up and invested $50,000 for 20 percent stake in the company, according to CNBC.

After winning a national TV show competition this fall, Burns is paying it forward by speaking at schools to dispel the myths, and often shame, of fidgeting.

“I really struggled in school until I was diagnosed [as a junior at Mercer Island High School],” said Burns. “I thought wasn't smart and just couldn't pay attention. To be returning to schools now, it’s something I never thought in a million years, someone would invite me to speak to students.”