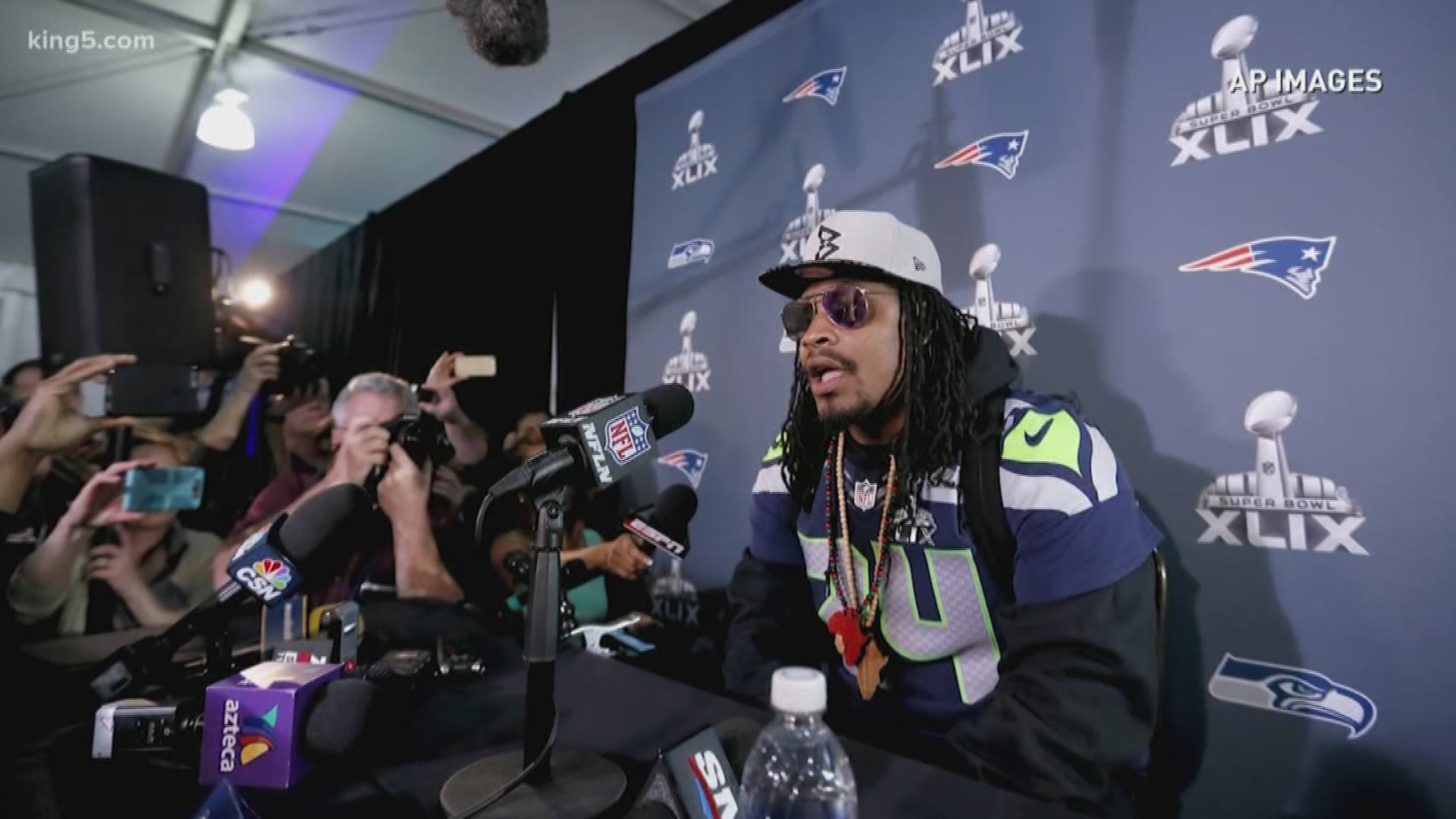 David Shields is the director of the film, an artistic collage of video clips that explores Marshawn Lynch's history as a football player, from his hometown of Oakland to the NFL — and the ways in which he pushes back against news media and football organizations.

"I wanted, in the wake of Black Lives Matter, to make a film that contributes to the conversation that says there are many ways of resisting the dominate culture," Shields said. "I think it was important for him to resist the sort of feel-good upbeat tonality of Pete Carroll, of the 12th Man of Seattle cheerfulness. There’s something deep in Marshawn that wanted to resist this Seattle that we’re all-for-one and one-for-all, that we're all one big happy team and I think his sense is, ‘No, we’re not."

Though Shields did not interview Lynch for the documentary, he says his camp is aware of the film and Lynch decided not to participate.

The film received support from some big names, including actor Danny Glover, an executive producer who came out for the world premiere at the Seattle International Film Festival on June 3.

"I've always admired athletes who are larger than what we expected. They have one stage in which they star on, in which they are profound on, and everything else. And then they take on another stage, like Marshawn Lynch," Glover said.

Shields said the film, in its final cut, made it to Marshawn's camp. The director is still holding out hope that he might break his silence.

"For right now, he's being very ‘Lynchian.’ He's being eloquent by being silent. The very fact that he's saying nothing I'm taking as a quiet positive. And I have to brag that Marshawn's mom follows us on Twitter now, so we're taking that as encouraging,” Shields said.

The film will be shown again June 5 and June 9. Click here for showtimes.