Librarians on the frontlines of the heroin epidemic

King County Library System is considering training its staffers to use Naloxone, but is still in the early stages of pricing and consulting librarians to see if it is something they want to take on. 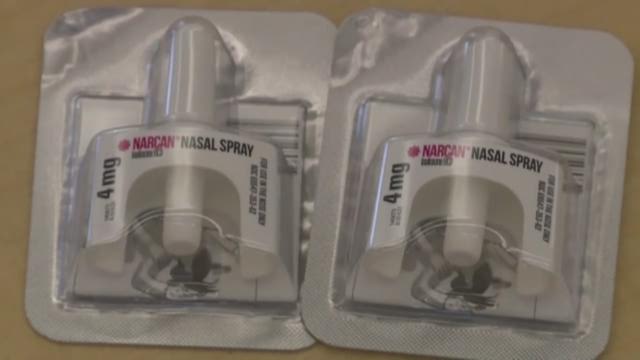 Unlikely recruits are now at the forefront of the heroin epidemic: librarians. Some libraries around the country are training their staff to use Naloxone, better known as Narcan, to prevent overdose deaths.

“It’s been for a long time something that we’ve seen in our more urban libraries, and now we’re seeing it in our suburban libraries as well. Suburban communities are facing this issue in ways they haven’t before,” said King County librarian Angelina Benedetti.

Benedetti has been a librarian for 20 years and has noticed a shift in the last few years: more patrons experiencing homelessness, addiction, and mental illness.

In response, King County Library System is considering training its staffers to use the antidote, but is still in the early stages of pricing and consulting librarians to see if it is something they want to take on.

“I think that is one of many possible options for how we might best equip our staff,” Benedetti said. “Because in a moment, you don't know whether someone is falling asleep or falling to the floor, you don't know if it's an overdose kind of situation or are they having a heart attack or is it a stroke.”

Select libraries in Pennsylvania and Utah recently trained librarians to administer Narcan nasally. This, after a few libraries in other states, have become sites for fatal overdoses.

Burien Library staff have found needles in the public restrooms. The county installed containers for used needles and shortened bathroom stalls to discourage drug use, according to sources with the King County Sheriff’s Office, whose officers patrol the library and Burien City Hall.

There have been several calls about overdoses and complaints about drug use in the restrooms, according to deputies.

There were about a dozen overdose deaths in public places from 2013-2015, according to data from the King County Medical Examiner.

Burien librarians are debating if they should take on another first responder role, as they are already trained in CPR and to use a defibrillator. However, Benedetti says when it comes to the heroin epidemic, you can’t bury your head in a book.

“When we're talking about persons experiencing homelessness and addiction and persons who are experiencing mental health challenges, those are real challenges and a part of the fabric of the community, and the community must address,” Benedetti said.