As many of 700 employees are losing their jobs. Alcoa Intalco Works, an aluminum smelter plant, has been one of the main industries in Ferndale for over 50 years. 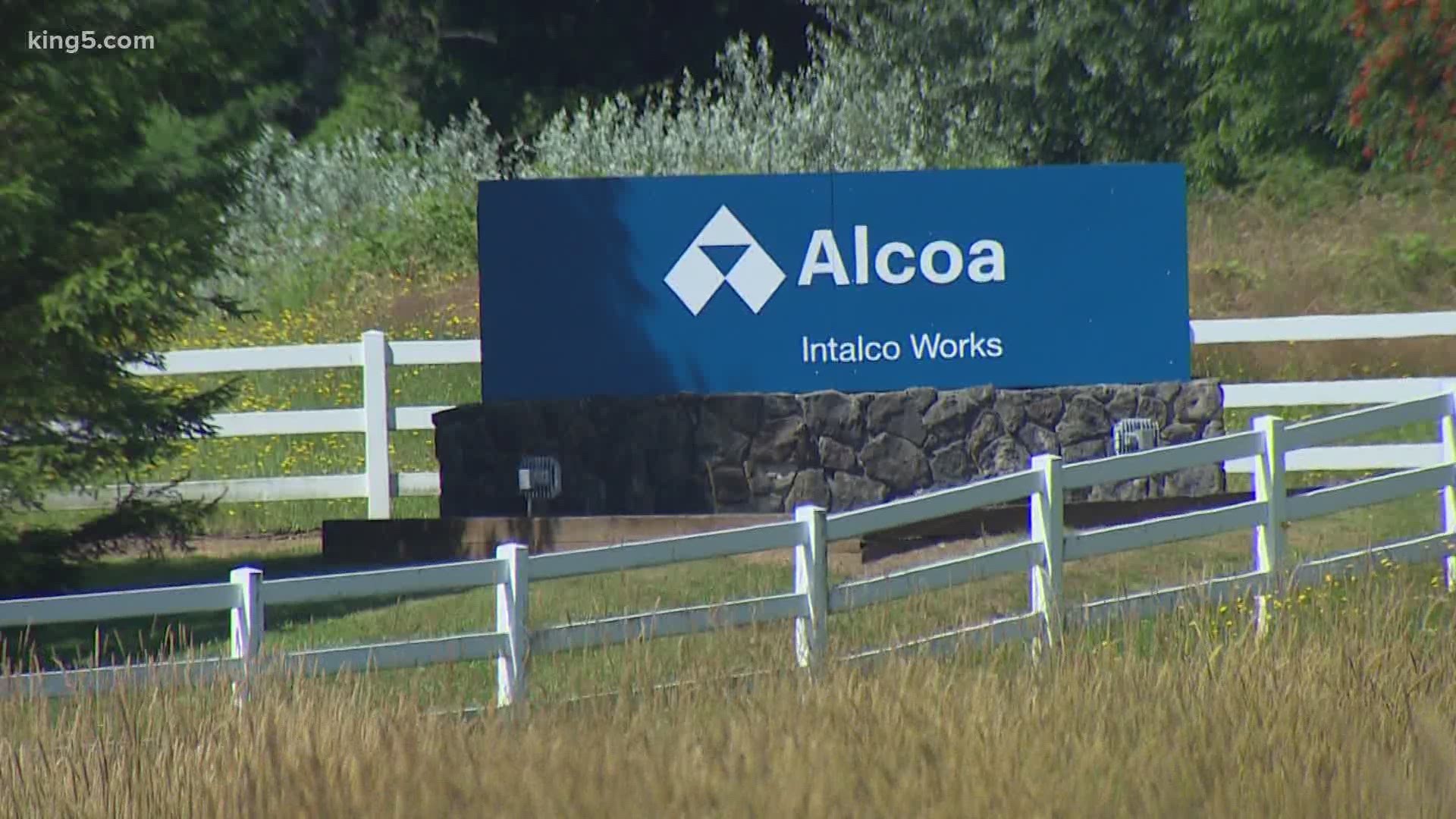 FERNDALE, Wash. — Alcoa Intalco Works, an aluminum smelter plant in Whatcom County, is doing its final round of layoffs this week.

Up to 700 employees are losing their jobs. The plant has been one of the main industries in Ferndale for over 50 years.

“We produce all the primary aluminum needed for wheels and stuff like that,” said Jason Swendt, an employee.

He is one of the lucky few who has kept his job at the plant through the rounds of layoffs.

But he knows that won’t last.

“I know that day is coming. So, I’m just trying to do the best I can for my family right now for when that time does come,” he said.

In April, Alcoa announced a curtailment, meaning the plant will be shut down only leaving the bare minimum number of employees to keep the plant in operating shape in hopes that another company purchases it.

Most of the aluminum industry has moved out of the United States and into China due to government subsidies and little environmental regulations.

Intalco Works is the last aluminum smelting plant west of the Mississippi.

“We’re a huge tax base for the city of Ferndale, so I’m not sure where they’re going to find that revenue when they lose it,” said Swendt.”

Mayor Greg Hanson called the curtailment disastrous for the city of Ferndale but said their concentration is on how to help the families of the 700 laid-off employees.

“We’ve kind of struggled to figure out what the impacts will be and really we’ve been focused mostly on how do we make sure to wrap our arms around those families that are losing their jobs and trying to transition into something new. That’s been our primary focus,” Hansen said.

The layoffs coupled with the fact that not many jobs are not hiring due to the pandemic has Hansen worried.

“These are individuals with industrial skills and very specific knowledge in a normal economy there would be lots of opportunity, but right now, when businesses are kind of putting a halt on all hiring and all growths because there’s just so much uncertainly in the economy, I think it really makes it difficult for them,” Hansen said.

He adds he’s confident Ferndale will continue to be an industrial force even if the plant shuts down.

“We make things in Ferndale, we’re an industrial town and we will continue to be. And we just want to look for the ways that those employees are going to be able to transition into whatever the next big thing is in Ferndale and Whatcom County.”

Swendt said employees, along with the International Association of Machinists and Aerospace Workers (IAMAW union), have been writing letters to Senators, Representatives, President Donald Trump as well as Alcoa CEO Roy Harvey trying to save their jobs.

But he admits he’s not confident it will work.

Alcoa said in the second-quarter report that the company spent $27 million on the curtailment process, part of that being severance packages for laid-off employees.