The call for Dr. Calvin Watts to resign comes after the district almost cut nearly 130 jobs last month to help balance the budget. 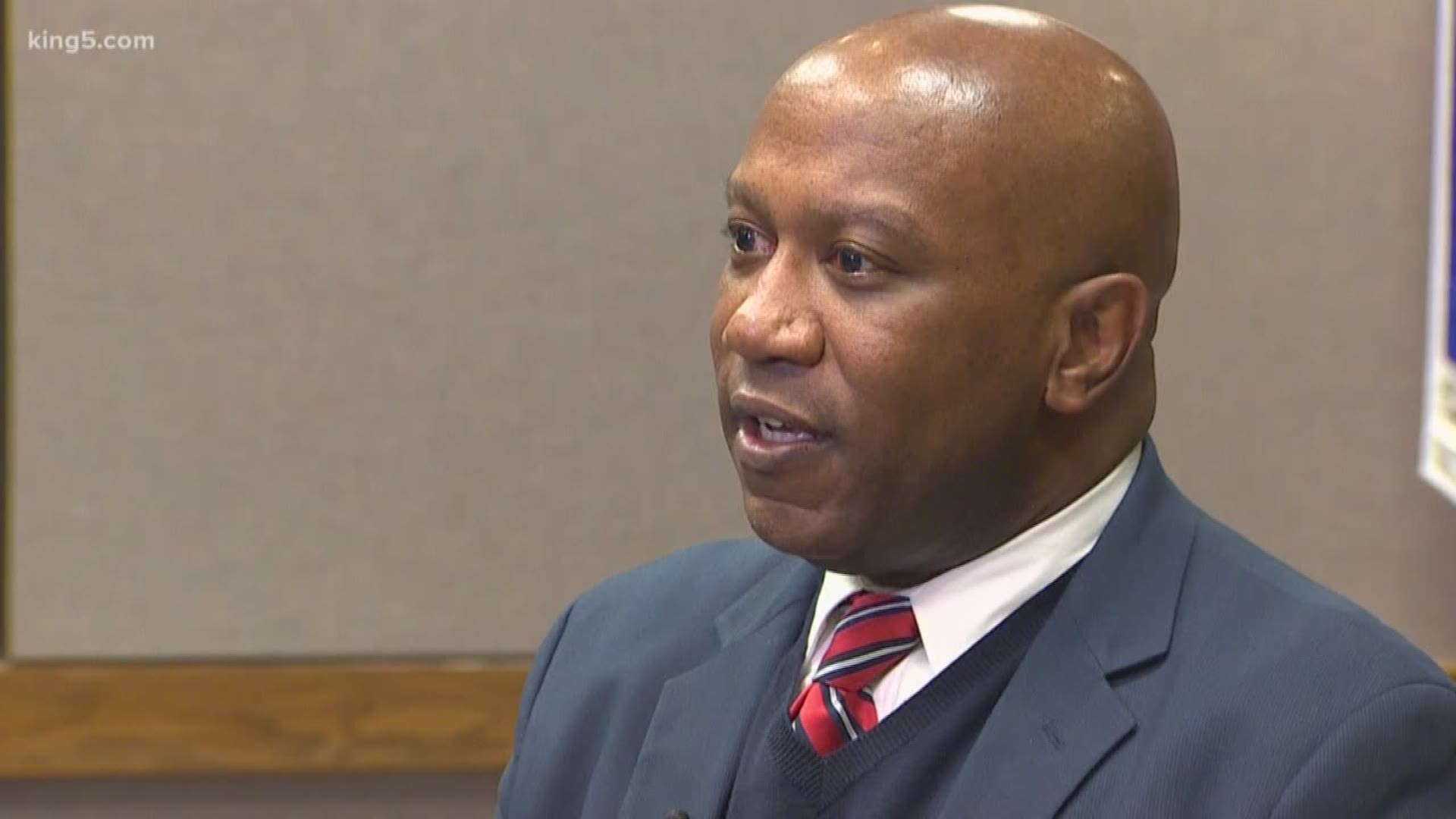 Kent school teachers delivered a message to the school board Wednesday night, casting a vote of no confidence in their superintendent.

The call for Dr. Calvin Watts to resign comes after the district almost cut nearly 130 jobs last month to help balance the budget.

"There was a vote of no confidence in our current superintendent and our chief human resource officer by most of our teachers who attended the meeting, and it was a unanimous vote," said Kent Education Association President Christie Padilla. "There is a lack of confidence that they are going to be able to address the budget issue that has been happening over 3-4 years now."

The superintendent met with school board members Wednesday night in a closed door, executive session.

As Kent teachers were casting a vote of no confidence in Watts, KING 5 sat down with the superintendent. 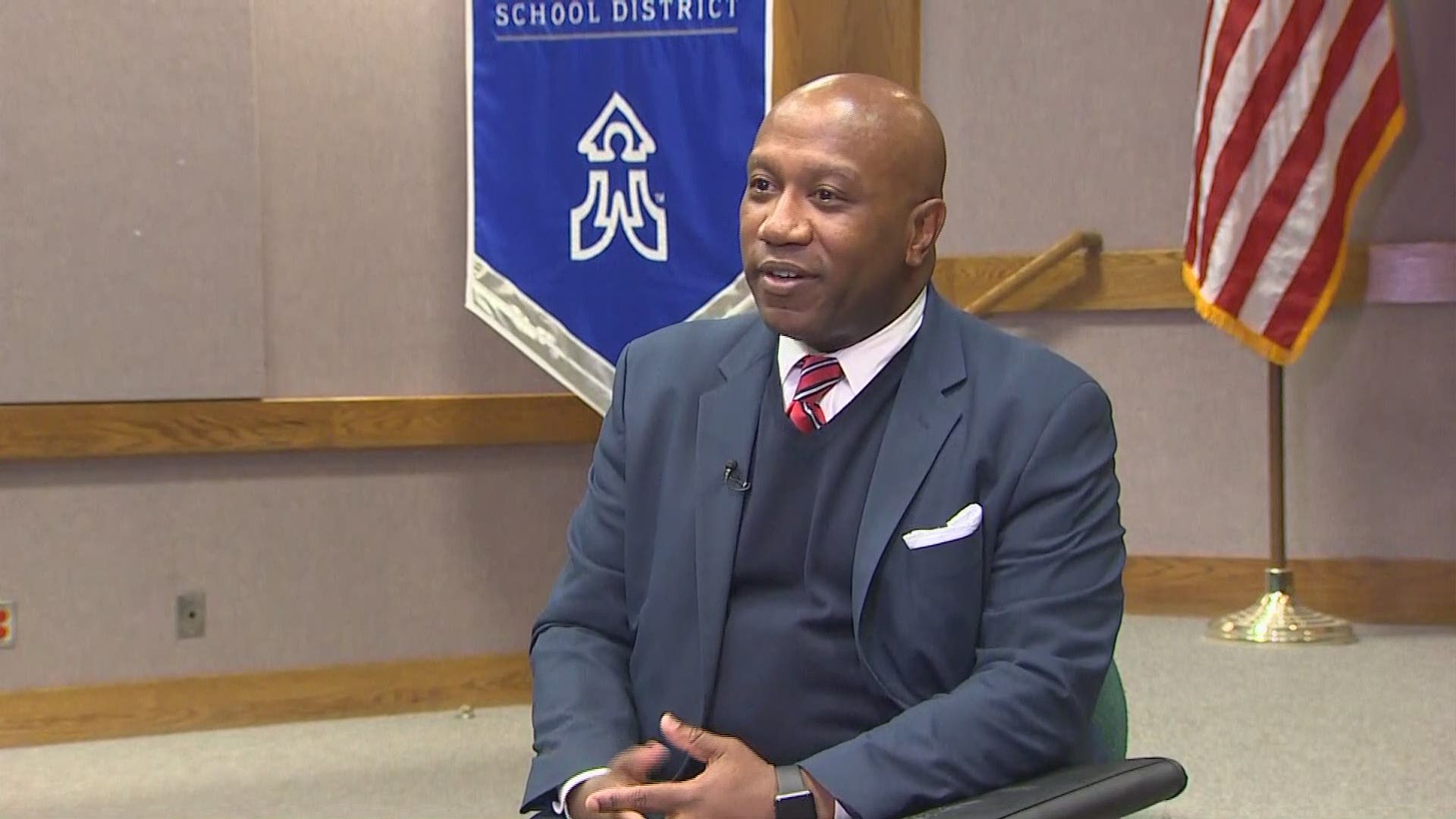 Outside of district headquarters, students and parents have been picketing all day.

"Everyone needs to come clean with where the money is and stop lying to us," said one parent.

"We have been very open and honest. We are not proud that we are in a budget deficit," said Watts.

The budget is a problem Watts inherited when he arrived in Kent in 2015. And it is still an issue today, he says partly because of increased salaries and increased costs.

"Right now we are projecting more than $1.9 million as an end of year fund balance," said Watts.

He says its growth, but still far from the $18 million the district should end the year with. So last month, the district made it known that 127 jobs would need to be eliminated.

"A reduction in force would allow us to recoup," said Watts. "Unfortunately, as we eliminate positions, to recoup a goal of $18 million in cost savings total."

But before the cuts came confirmation of new state revenue, with Kent School District receiving $75 million. The district re-evaluated. Instead of 127 layoffs, they could eliminate 60 full-time positions through natural attrition.

Padilla says that's still 60 jobs gone, and she wants to know where the cuts will happen.

"I understand the frustration. I'm frustrated," said Watts. "These are decisions that we know now, we trust, we will never have to make again because we are in the process of putting ourselves in a fiscally responsible and fiscally solvent place that is sustainable."

He says he's committed to leading the district for a long time, but teachers say there have been too many bad budget decisions and the Superintendent needs to go. Now Kent School District waits to see what the school board decides to do.

The Kent Education Association released the following statement after the no-confidence vote.

Alarmed by fiscal mismanagement and planned layoffs which have since been called off, Kent teachers voted unanimously Wednesday night on a resolution calling for Supt. Calvin Watts and the district’s human resources officer to resign or be fired.

Kent Education Association members met at 4:30 pm at Kent Meridian High School to vote on the resolution and to take other action. The resolution is available at the bottom of this press release. Following the meeting, teachers and supporters were planning to attend the Kent School Board meeting at 7 pm which has now been called off. The School Board is instead meeting in executive session to discuss complaints or the evaluation of a public employee.

Watts and Chief Human Resources Officer Moriah Martin had said they planned to lay off nearly 130 Kent teachers and to dramatically increase student class sizes next school year. After hearing clearly from the KEA, other labor partners, the community, and their own financial experts, they have since announced that there will not be a layoff for teachers.

The budget crisis in Kent is because of bad budget decisions made by central office administrators, including Watts and Martin:

Kent educators and parents opposed laying off teachers because it would result in larger class sizes, which means students would not get the personal support and help they need to be successful. Overcrowded class sizes also jeopardize student and staff safety, which already is a concern in Kent.

“Educators and parents stood up for students and staff because we know there are better solutions. Laying off teachers would have been a step backward and wipes out the progress our schools have made,” said Christie Padilla, a teacher and president of the nearly 2,000-member Kent Education Association.

“Washington has a teacher shortage, and the uncertainty with job security in Kent means many of our teachers will leave the district to go teach in neighboring districts that are more secure and pay more. We are going to lose quality teachers because there is a profound lack of trust in district leadership.”