Freeway speed has been trending upward, experts say, which could lead to more severe accidents. 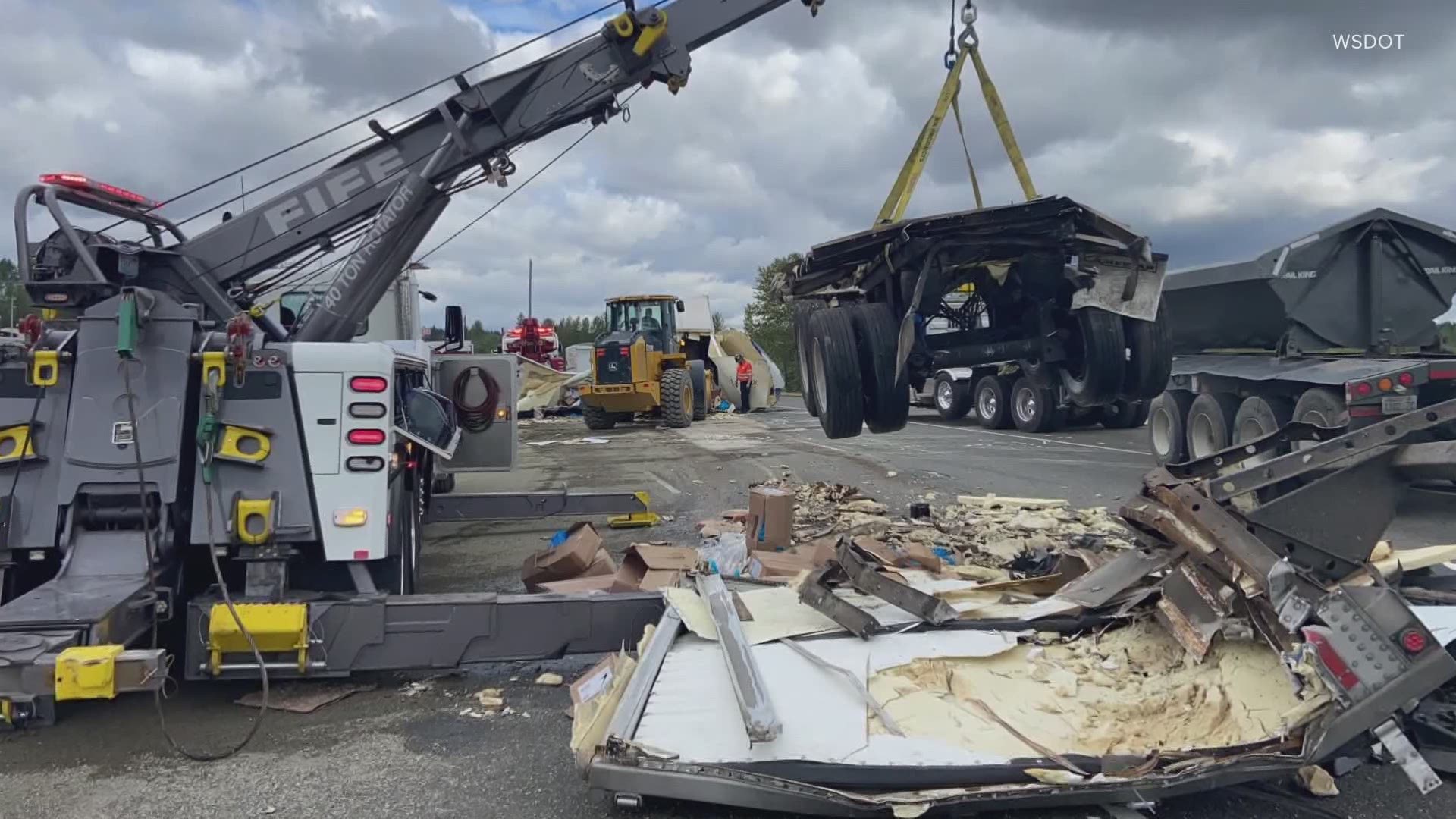 Emergency crews spent hours through stormy weather to clear the remains of multiple crashes that shut down northbound Interstate 5 throughout Friday and left one person dead.

Experts say disturbing trends have emerged that may have created a perfect storm for something to go wrong. Analysts who’ve monitored Seattle’s roads say that while fewer people are driving, they’re driving faster.

Those accidents can then create a snowball effect that leads to incidents such as the tragedy that unfolded on I-5 on Friday.

RELATED: All lanes of I-5 reopen near Fife after multiple crashes, hours-long cleanup

“That’s pretty well-known in transportation circles, this back of the line, where all these cars are lining up, is a serious safety hazard, especially with semi-trucks,” Pishue said. “They weigh so much more, and it’s tougher to slow down.”

And the damage left behind from accidents like this may be more long-lasting than we think.

Two of the semi-trucks were carrying food items. One was carrying cream and milk, and another carried 30,000 pounds of fish.

“Oftentimes when we think of damage to environment through oil spills and things like that,” says Ty Keltner, communications manager for Washington’s Department of Ecology. “The truth of the matter is, this is a food-grade product and folks could say, ‘It’s milk, how is that hazardous in any way?’ and really anything in such a large quantity could damage the environment, so we want to be very cautious of that.”

Pishue continued and said that auto manufacturers are working to find ways to improve braking systems in trucks to prevent accidents, and early warning systems are also key to alert truck drivers when traffic is backed up. But he also said that slowing down is vital to bringing down accidents on the roads.