There's about one homeless student in every public school classroom in Washington state, according to the Office of Superintendent of Public Instruction. 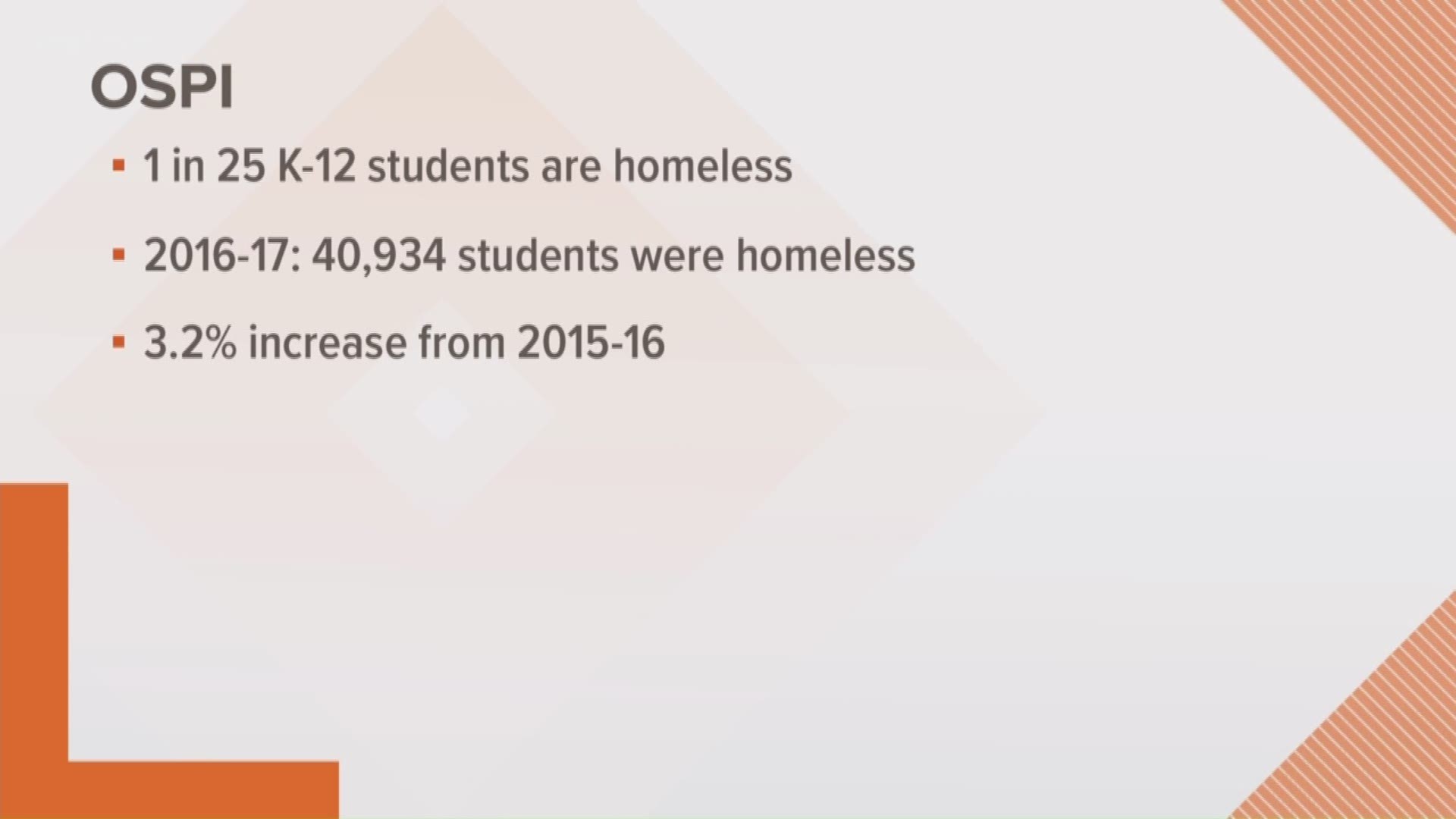 Over 40,000 students in Washington state experience homelessness, which is the largest number in state history, according to data released Thursday from the state Office of Superintendent of Public Instruction.

“Homelessness puts incredible strain on families,” Superintendent of Public Instruction Chris Reykdal said in a statement. “The students might be staying somewhere unsafe. And they may not have the time or a consistent place to study.”

The 2016-17 school year was the ninth consecutive year that Washington state’s homeless student population has grown, with a 3.2 percent increase over 2015-16 data. The number of homeless students jumped from 39,671 students to 40,934 students over the one-year period.

The Office of Superintendent of Public Instruction cited a lack of affordable housing, fewer services, or unemployment as possible reasons for increased student homelessness. However, the office said specific reasons were difficult to determine at the state level.

The report defined homelessness as lacking a regular, fixed, or adequate nighttime setting, including students who stay with family or friends at various times.

The largest increase was among homeless students who are unsheltered, meaning they live in parks, abandoned buildings, cars, or on the streets. Last year there were 2,753 unsheltered students, which is a 29 percent jump over the previous school year, according to the report.

GRAPHIC: Who are the students experiencing homelessness?