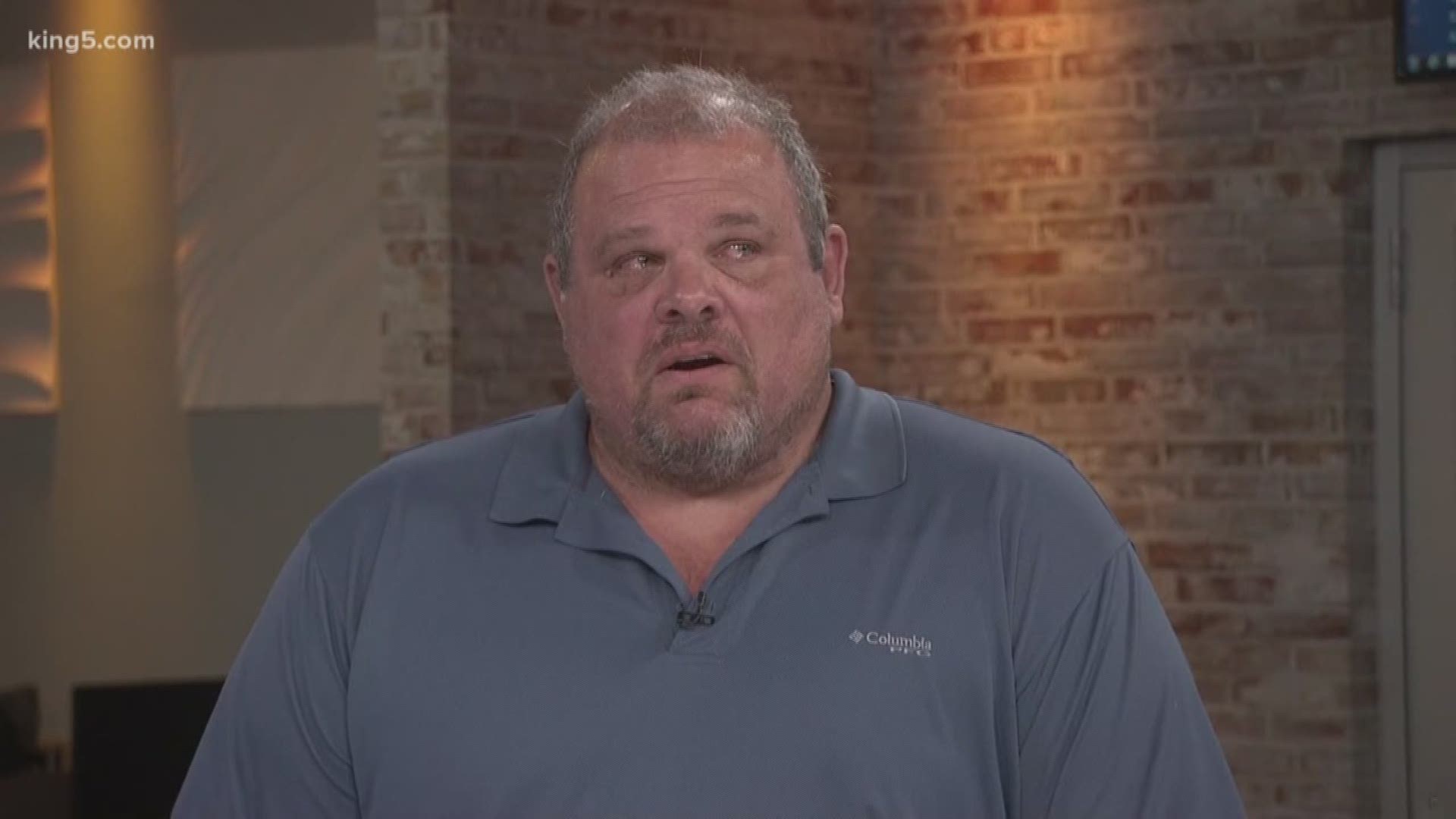 They tailed Jerry Wunsch when he went to a coffee shop.

They followed him and his girlfriend on a trip to Walmart. They snapped photos and recorded video of Wunsch coaching his son’s football team.

Wunsch isn’t a spy or a suspect in a terrible crime. He’s a retired professional football player. And the secret recordings and surveillance were paid for by his former team.

"You have these people parked out in front of your house and these people videotaping your kids playing in the front yard," Wunsch said in an interview from his home state of Florida.

For several days in 2014 and 2015, a team of private investigators hired by the Seattle Seahawks tailed Wunsch. Their mission was to help the team prove Wunsh "was exaggerating or feigning his symptoms," according to documents filed with the Washington Department of Labor and Industries (L&I).

The Seahawks had rejected a workplace injury claim filed by Wunsch, arguing that the former lineman’s physical problems were not the result of the four years he spent in the trenches of the Seahawks offensive line and on the special teams "suicide squad" for the kick-off return team.

Wunsch said he was stunned when he learned that the Seahawks rejected his claim and hired private investigators who tracked him around his home in Florida, as well as during a trip Wunsch took to Washington State.

It was a turnaround from the day in 2002 that the Seahawks signed the six-and-a-half foot, 350-pound lineman, a former star for the University of Wisconsin Badgers who had been drafted by the Tampa Bay Buccaneers in 1997 with the 37th overall pick.

"The first day I got there, (Seahawks owner) Paul Allen walked up to me and told me, 'Welcome to the family.' And if this is how you treat your family, I don’t want to be a part of it," Wunsch said.

Wunsch’s story is not unique, according to the lawyer who represents Wunsch and more than 50 other former players who’ve filed workplace injury claims against the Seahawks.

"The Seahawks like to litigate these cases," attorney Bill Hochberg said.

Hochberg says in many cases of the dozens of players he’s represented over the last 20 years, his clients have been forced to appeal L&I decisions and wage long legal battles.

Like any worker in Washington, professional football players can file a workplace injury claim if they are hurt during their employment.

The Seahawks are self-insured, but their claims process is reviewed by the state’s workers comp agency, L&I.

Hochberg says the agency "rubberstamps" the Seahawks claims decisions and is not looking out for the best interest of former players who are suffering lifelong injuries from playing the game.

"L&I doesn’t take a serious look at really what the evidence is showing," said Hochberg.

In Wunsch’s case, five doctors testified that he suffered serious physical and neurological damage from his decade of play in professional football.

"The scariest part is the memory, and the temper and the forgetfulness," said Wunsch.

The Seahawks countered with evaluations conducted by three doctors who said that none of Wunsch’s injuries "were a result of occupational disease." In other words, none were caused by his work in professional football.

"But we know better," said Hochberg. "We know it’s from the play of football, from crashing over and over again."

KING 5 made several attempts to contact the Seattle Seahawks for a response.

Seahawks Communications Director Jeff Garza wrote in an email, "We will check on this and get back to you later." But Garza never responded to follow-up emails and calls.

A database compiled at KING 5’s request by L&I shows that 2,149 injury claims have been filed with the agency since the team’s inception in 1976. The data does not break down how many of those claims were filed by players or other Seahawks employees who may have been injured off the field.

"Spectator Sports," including professional football, are listed as the sixth most hazardous occupation in a 2015 report by L&I.

A KING 5 Investigators survey mailed to more than 800 players revealed that most former Seahawks live with lasting injuries: 67 percent of respondents said they live with pain, nearly half said they have brain damage, and 72 percent said they were given pain medication to continue playing football.

Is Washington L&I doing enough to protect football employees, in an age of growing evidence of the harm from professional football?

"We look at all cases the same way, whether they’re from the Seahawks or a different self-insured company," said L&I spokesperson Tim Church.

He flatly denied that the agency is "rubberstamping" claims that are rejected by the Seahawks.

"We see 50 to 60 Seahawks claims in a year. About 95 percent of those are approved," said Church. He said that’s a higher rate than claims from other self-insured industries.

But Hochberg said that stat is misleading because it mostly involves current Seahawks players. Hochberg noted that NFL teams are required to disclose injuries suffered by active players. Thus, it wouldn’t make sense for a team to report a player as injured to the NFL, but then try to fight an L&I claim.

Damien McIntosh played ten years in the NFL, ending his career with Seattle Seahawks in 2009 and 2010. In an injury claim filed with the Seahawks in 2015, doctors said McIntosh was experiencing worsening pain in his right shoulder, hips, and knees.

The Seahawks relied on the testimony of Dr. Patrick Bays, who said: "none of the claimant's knee, hip or shoulder diagnoses were proximately caused by the distinctive conditions of his employment with the Seattle Seahawks."

Dr. Bays did not respond to KING 5's phone calls and emails seeking an interview.

"I feel like I'm gonna be railroaded by an organization that really doesn’t care," said McIntosh, a 41-year-old father of three who doctors say "has the knees of a 65-year-old."

Both the Wunsch and the McIntosh claim denials were overturned when attorney Hochberg filed appeals. But both players continue to wait, as the Seahawks continue to appeal L&I’s decisions.

Together, they have waited 5 years to have their former team help pay for care for injuries they say were caused on the field.

Statement from a Seahawks spokesperson:

The Seattle Seahawks proudly consider all our former players Seahawks Legends. We provide a number of resources to assist our Legends following their playing careers, including financial, educational, medical, career development, social, and total wellness programs, often through National Football League-wide programs. We are in regular contact with many of our Legends and encourage all Legends to stay connected with the entire Seahawks family.