The holding areas for drivers waiting to catch the Bremerton and Bainbridge Island ferries are shrinking and swapping sides. 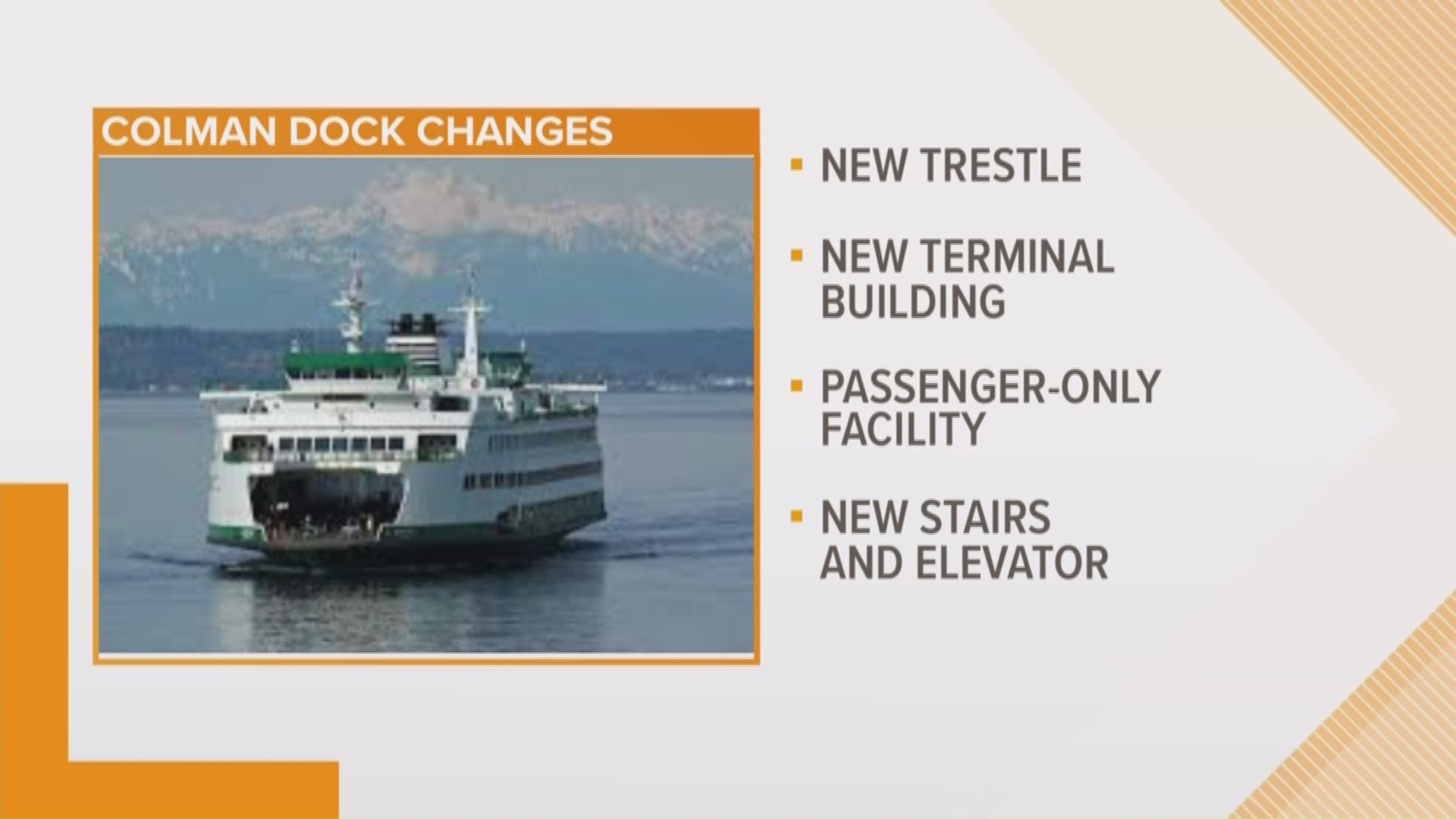 The holding lanes for drivers waiting to catch the Bremerton and Bainbridge Island ferries are shrinking and swapping sides.

Beginning Wednesday, vehicle holding for the Bremerton ferry moves to the north side of the dock where Bainbridge traffic used to wait. Bainbridge drivers move to the south side, where Bremerton traffic waited.

The entrance to the terminal has moved to South Jackson Street and Alaskan Way South.

Changes to the holding lanes come as construction expands on the dock. The change allows the state to continue ferry service while rebuilding the seismically-vulnerable ferry terminal.

Crews are working on three sections of the project at the same time, which includes a new passenger-only ferry terminal and the first section of the new main terminal building while demolishing the northwest corner of the current main building.

During the construction, the state suggests travelers add about 30 minutes to get to the dock due to the congestion along the waterfront.

Construction on the $373 million Colman Dock renovation began in 2017. Demolition of the main terminal began in spring.

The new passenger-only ferry terminal is expected to be complete by summer of next year, with construction continuing until 2023.