The suspect was arrested after two relatives recognized him in pictures posted of the Capitol riot by his mother on Facebook. 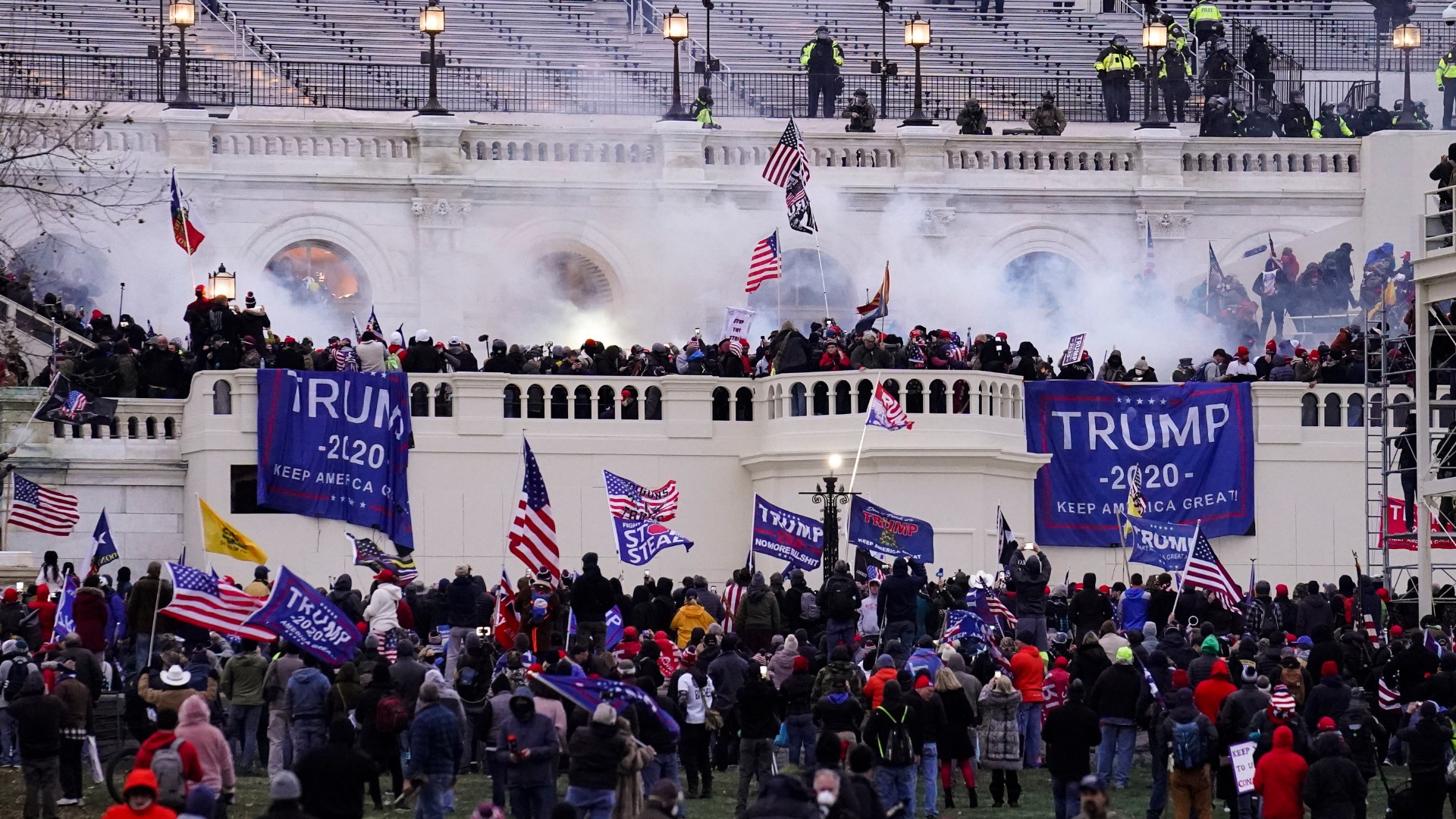 FEDERAL WAY, Wash. — A Federal Way man was arrested by the FBI Wednesday for his alleged participation in the Jan. 6 Capitol riot in Washington D.C.

The suspect was arrested after two relatives recognized him in photos of the Capitol riot posted on Facebook by the suspects' mother, along with descriptions of events going on in the Capitol which her son allegedly relayed to her, according to court documents.

A man matching the suspect's description was also identified on CCTV footage taken from inside the Rotunda on Jan. 6, which corresponded with pictures the suspect allegedly sent his mother of his position within the Capitol.

The suspect faces charges of entering and remaining in a restricted building or grounds and disorderly and disruptive conduct, alongside a charge of disorderly conduct and parading, demonstrating or picketing in a Capitol building.

On Jan. 6, a group of supporters of former President Donald Trump stormed the Capitol building in an attempt to stop or delay the confirmation process of now President Joe Biden.