A new year brings more pain for the Enriquez family. 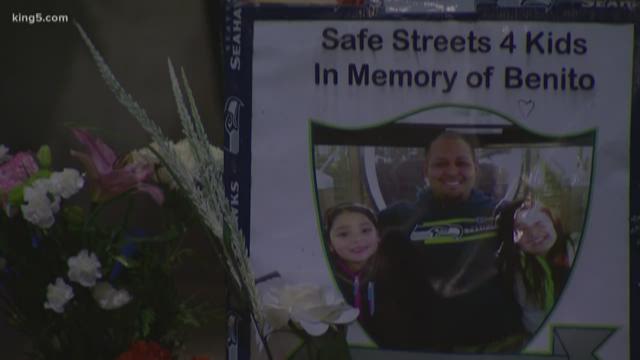 "I did not celebrate Christmas. The holidays are too heart-wrenching for me," said Enriquez.

Near South Weller Street and 5th Avenue South in Seattle is where her son, Benito Enriquez, was last seen alive.

It happened June 27, 2015. Benito went to a Kenny Chesney concert in Seattle with three friends. He left the concert first and was supposed to meet his friends at the car. He never made it. They later discovered he was taken to Harborview Medical Center, where he died.

The next day, Seattle police released surveillance video. It shows some of the last moments of Benito's life. He is walking beside a man and a woman. At one point, Benito is facing the man. Witnesses told police it was a fight. Benito's family says he wasn't a fighter. The encounter ended with Benito beaten so badly he did not survive.

Seattle police launched a homicide investigation, but no arrests have been made.

Nicole Magee says Benito was the love of her life. She makes weekly visits to a memorial that's been set up at South Weller Street and 5th Avenue South.

"He left behind two amazing daughters who don't have a dad now because of someone who took his life within minutes and we still have no clue why," said Magee.

"The most difficult thing for me each day is to know my son's murderer and his accomplice are still out there," said Christina.

Seattle police posted information about the homicide and surveillance video.