An Everett family cleaned up a second homeless site. The pair hauled away a five-gallon bucket of used needles. 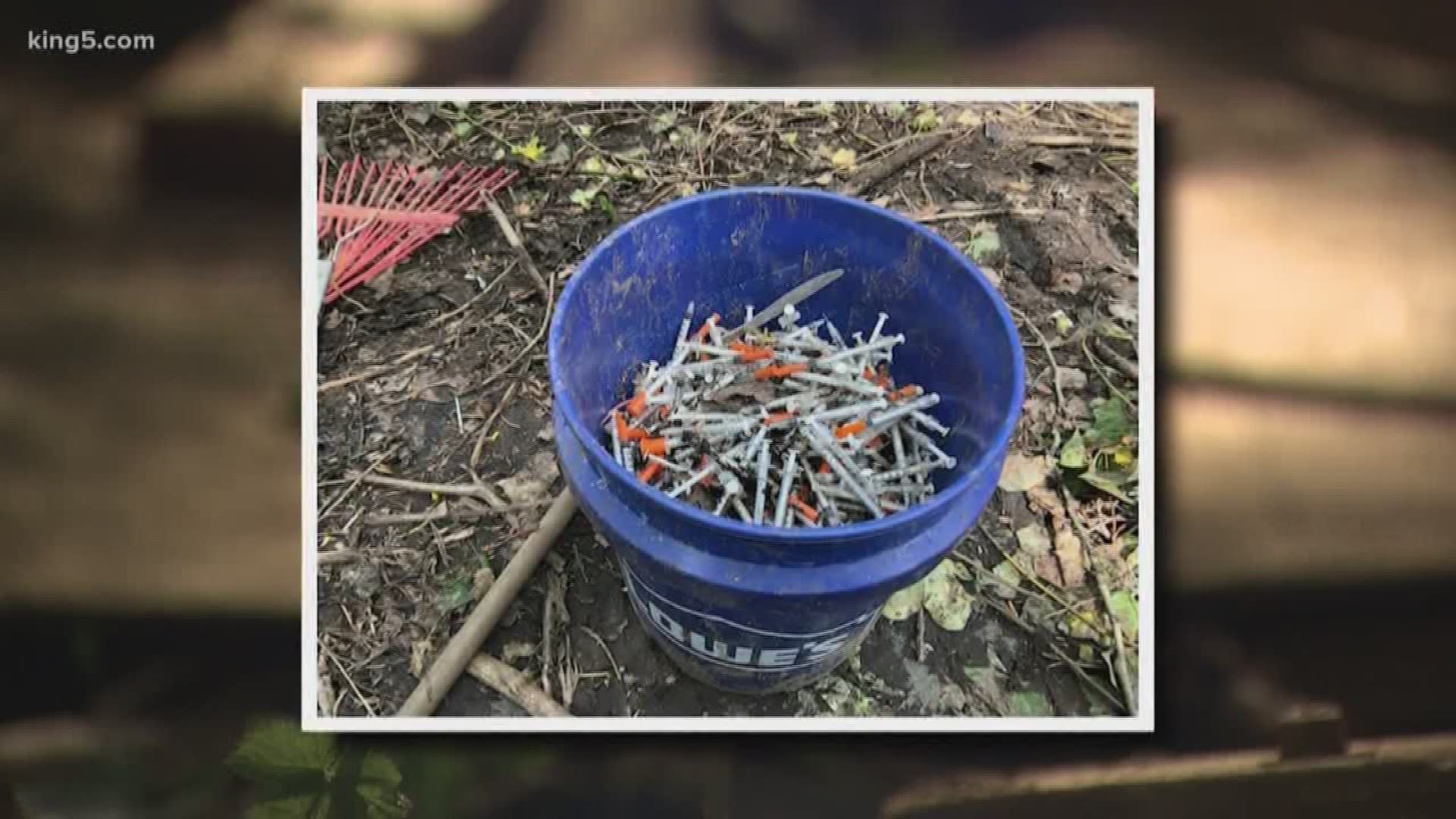 EVERETT, Wash — An Everett family is continuing its effort to clean up illegal homeless camps.

Dr. Donald Koontz and his 17-year-old son picked up three tons of trash from a homeless camp behind his dental practice in May, including a five-gallon bucket with used needles.

RELATED: Everett father and son clean up 3 tons of trash from homeless camp

For a second time, Koontz and his son asked law enforcement for help and cleaned up another area. Again, they hauled away a five-gallon bucket with used needles.

"It is just sad to see people living in this state. Hopefully, we can turn the tide on this," Koontz said.

Before cleaning up they consulted with the Snohomish County Sheriff’s Office which has a unit of deputies and social workers that help those experiencing homelessness by connecting them with resources and treatment services. The team can be reached at outreach.scso@snoco.org.