Protesters demanded Casa Latina do a better job of protecting its workers after a female employee accused a male coworker of sexual misconduct. 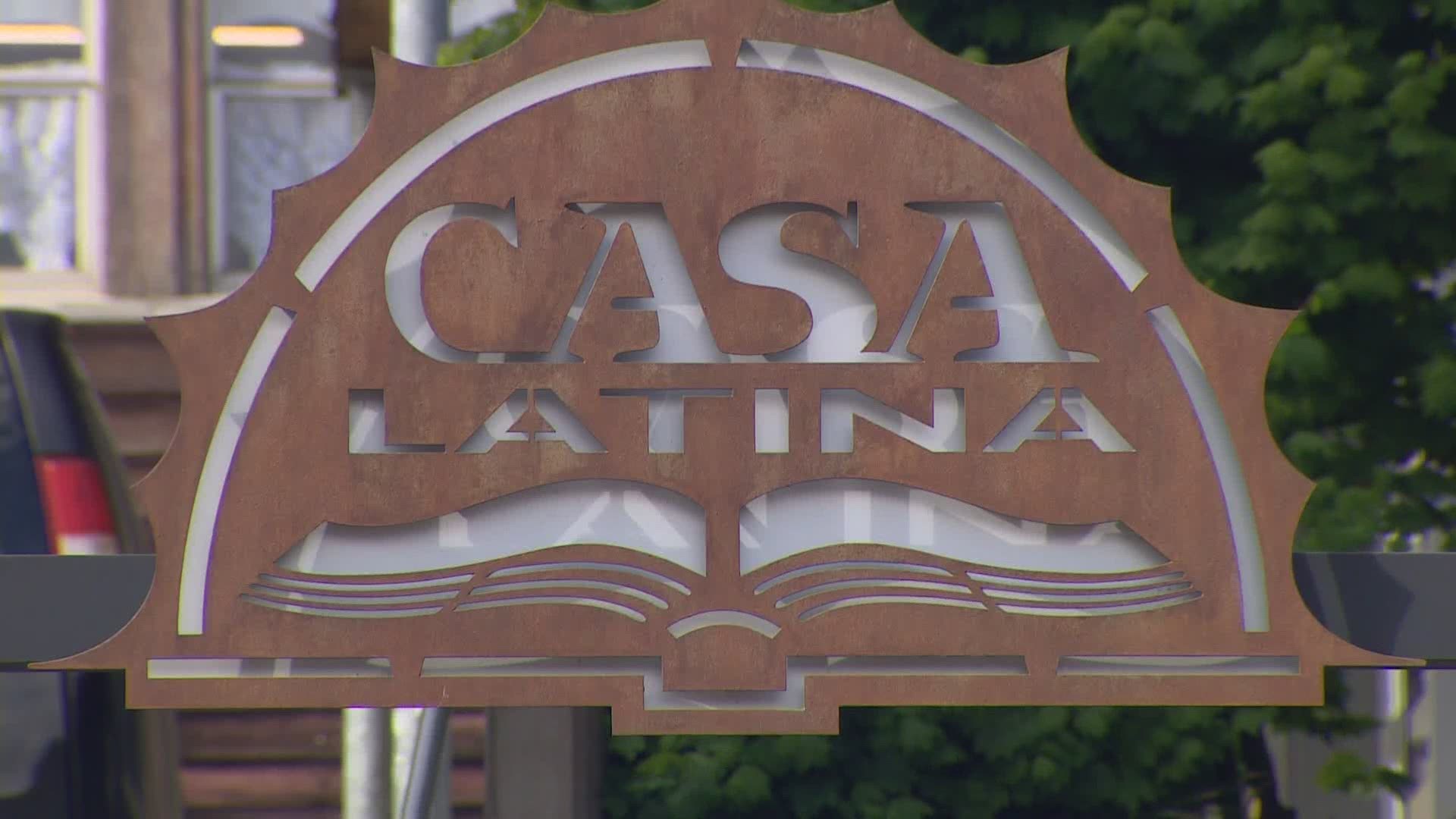 SEATTLE — Protesters gathered outside the headquarters of the immigrant organization Casa Latina, Friday morning, demanding the nonprofit do a better job of protecting its workers after a female employee accused a male coworker of sexual misconduct.

The woman, who KING 5 is not naming because she is an alleged victim, said in an interview that a man she works with touched her inappropriately multiple times and sexually harassed her.

The victim said she reported it to Casa Latina management in March and also contacted the Seattle Police Department. She said she feared there may be other possible victims.

She told KING 5 the employee is one of her superiors, but Casa Latina management said the accused is a coworker.

An SPD spokesperson told KING 5 they received two reports related to Casa Latina but could not provide additional details because of the nature of the allegations.

Casa Latina provides employment, education, and other services to the city's immigrant population.

Marcos Martinez, the group’s executive director, told KING 5 they received a complaint of sexual harassment in March from one staff member against another staff member.

“We investigated this claim very thoroughly, according to our policies. We did make a finding and took action in this case. We consulted with our attorneys, and also brought in the union that represents both staff members involved,” Martinez said.

“Our participants are rightfully concerned and upset that sexual harassment may have taken place at Casa Latina. I have shared with them as much as I am able, and unfortunately, they are not satisfied with the outcome of this case and they are expressing their frustration, which is their right,” he said.

Martinez met with protesters and workers Friday morning to hear their concerns.

The man accused of misconduct has not been charged and it's unclear if he still works for Casa Latina. KING 5 tried to reach him for comment, but so far he has not responded.