Construction workers gathered during their lunch hour to mourn those killed in Saturday’s crane collapse in South Lake Union. 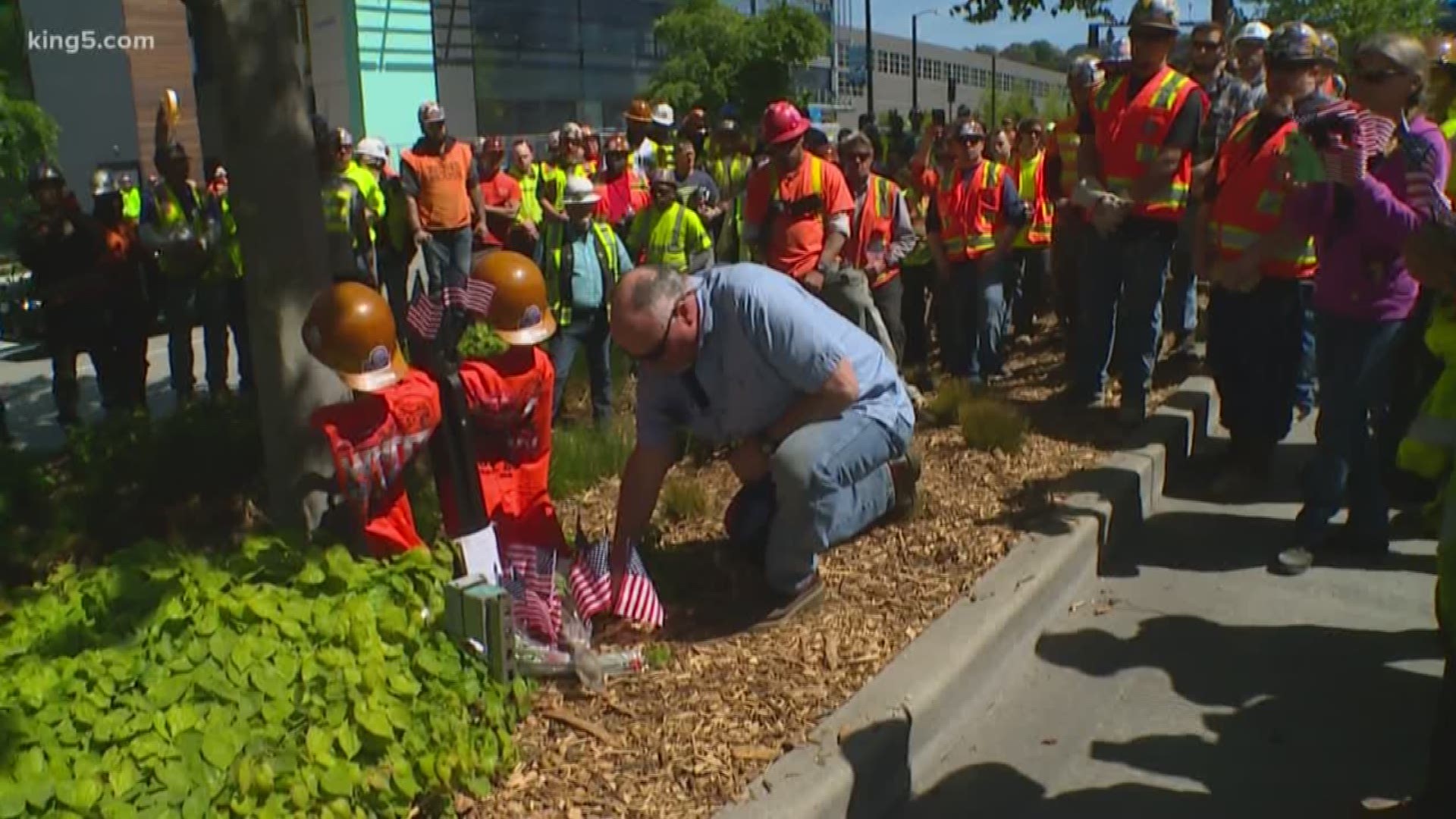 SEATTLE — Dozens of construction workers gathered Wednesday at the site of a deadly crane collapse in downtown Seattle to pay tribute to the four people killed.

Jimmy Hester, a Local 32 plumber and pipefitter, was one of the workers who gathered at the intersection of Mercer Street and Fairview Avenue N. during the lunch hour to reflect on what happened last weekend.

“Sadness,” Hester said as he summed up the mood. “What could we do better on the next one?”

The crane collapse shook the tight-knit community of union workers who labor in a world full of dangers. Ironworkers Travis Corbet and Andrew Yoder were among the victims of Saturday’s collapse.

“As soon as I saw the news feed on Saturday my heart just dropped,” Hester said.

The procession of workers marched to the median just steps from where the crane crashed down. The workers laid a metal cross with hardhats fastened to it at the site to honor Yoder and Corbet.

Both Yoder and Corbet were U.S. Marine veterans. Other workers in the gathering who served in the military left small American flags at the site for their fallen brothers.

A pair of bouquets honored Alan Justad and Sarah Wong, the two victims killed when part of the crane fell onto Mercer Street.

As the lunch hour drew to a close, those gathered wiped away tears, said one last prayer, and went back to work.