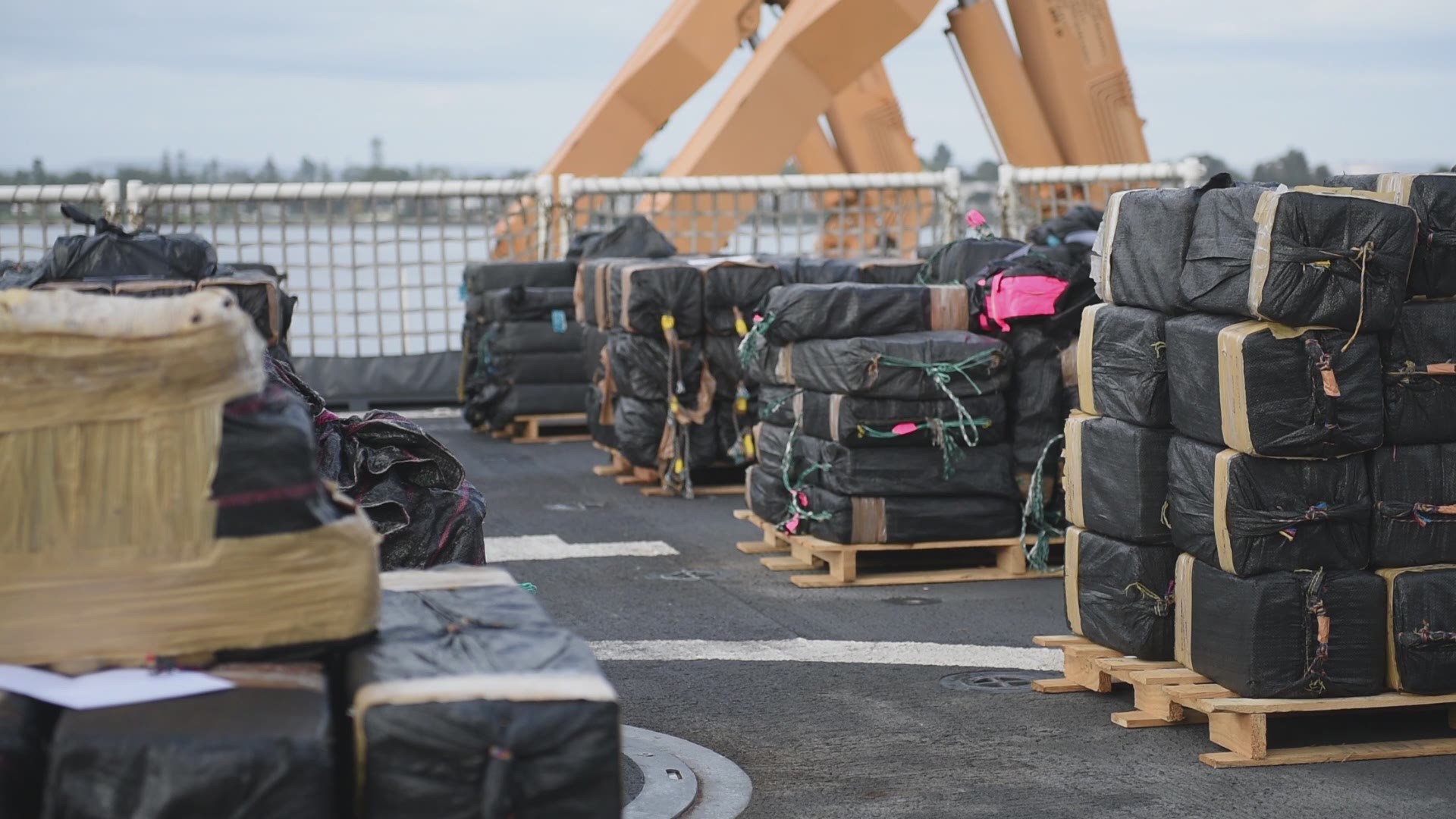 A Coast Guard cutter returned to Port Angeles Friday after helping haul in more than $87 million of illegal drugs.

The Coast Guard Cutter Active conducted a 50-day counterdrug mission in the international waters off the coast of Central and South America.

During the deployment, the cutter intercepted three smuggling vessels and confiscated a total of 5,794 pounds of cocaine and other illicit narcotics worth more than $87 million.

The Active was one of several U.S. Coast Guard cutters involved in the interception of eight smuggling vessels and 11 tons of cocaine total. The Stratton and Seneca cutters also took part in the operation.

With the aid of a Coast Guard helicopter, the crew aided in the tracking of suspected narcotics traffickers. During the patrol, the crew was joined by two members of the Chilean Navy.

“I have been continuously impressed with the drive, skill, pride and camaraderie that exists aboard Active,” said Capt. Stephen V. Burdian, Active’s commanding officer.

Commissioned in 1966, the Active is a Medium Endurance Cutter stationed in Port Angeles. In addition to drug confiscation, the Active also conducts search and rescues, fishery enforcement, and homeland security.