Anacortes quadriplegic rides across state for a cause

While Ian Mackay's wheels have slowed, his spirit has not. He's embarking on a mission to take his motorized wheelchair across the state. 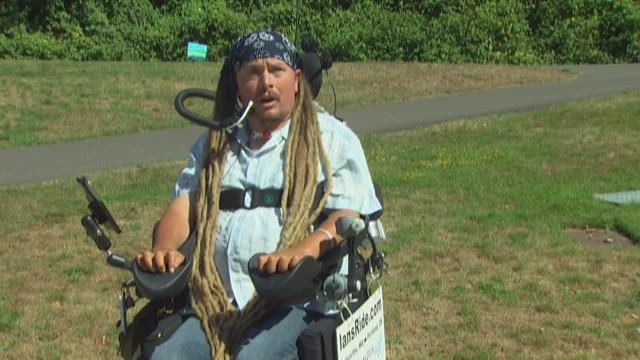 He tops out at just 7 mph these days, and that's probably a good thing given what put Ian Mackay in his wheel chair.

“I hit some sand on the trail. Wiped out. Hit a tree. Broke my neck,” he said.

Mackay estimates he was going almost 40 mph on his bike 8 years ago, when he crashed and lost the use of his arms and legs.

“I might have an issue with speed,” Mackay said with a smile.

Since the crash, the Clallam County 34-year-old has had to come to terms with what it means to be confined to a wheelchair for the rest of his life.

“It felt like a prison,” Mackay said. “I thought life was over.”

Not by a longshot.

Mackay and a small support team are riding from Anacortes to Portland over the next 10 or so days using only trails and bike paths, at least whenever that's possible.

On many stretches he'll have to take to the road. A video his team shot on day two of the trip shows cars narrowly missing him along Sprague Road in Snohomish.

“It's hairy,” Mackay said. “Cars are going by fast. Roads are not accommodating for a wheelchair.”

The reason for the ride is to call attention to the need for more trails and bike paths in Washington so people like him don't have to live life in the margins.

“We shouldn't be limited where we can go because of infrastructure,” Mackay said. “People need to get to school, work, from point A to point B.”

The 12 day trek is quite an undertaking. Mackay’s mom Teena is the head Sherpa for the 350 mile mission. While Ian is completing his 30-40 mile per day ride, she coordinates stopping points, hotels, handles social media and one other important detail.

“I do love craft beer,” said Mackay. “I like to end each long day with a cold one.”

The good people at Triplehorn Brewing and Dirty Bucket Brewing in Woodinville have helped slake the team’s thirst along the way. They planned to stop at Tukwila’s Odin Brewing Tuesday night.

The next morning, it’s back on the road. The end of the line is still a couple hundred miles away. Mackay hopes his journey will make it a bit easier for those who follow in his tracks.

You can donate to the cause and track Mackay’s trip by visiting iansride.com or by following him on Twitter @iansride2016. 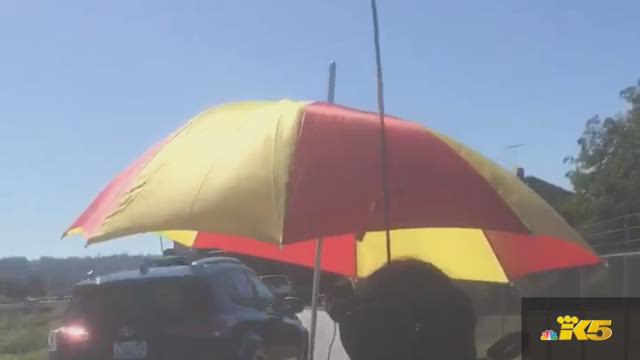