Emily Locke was hit while walking in a crosswalk on December 13 and died at Harborview Medical Center five days later. 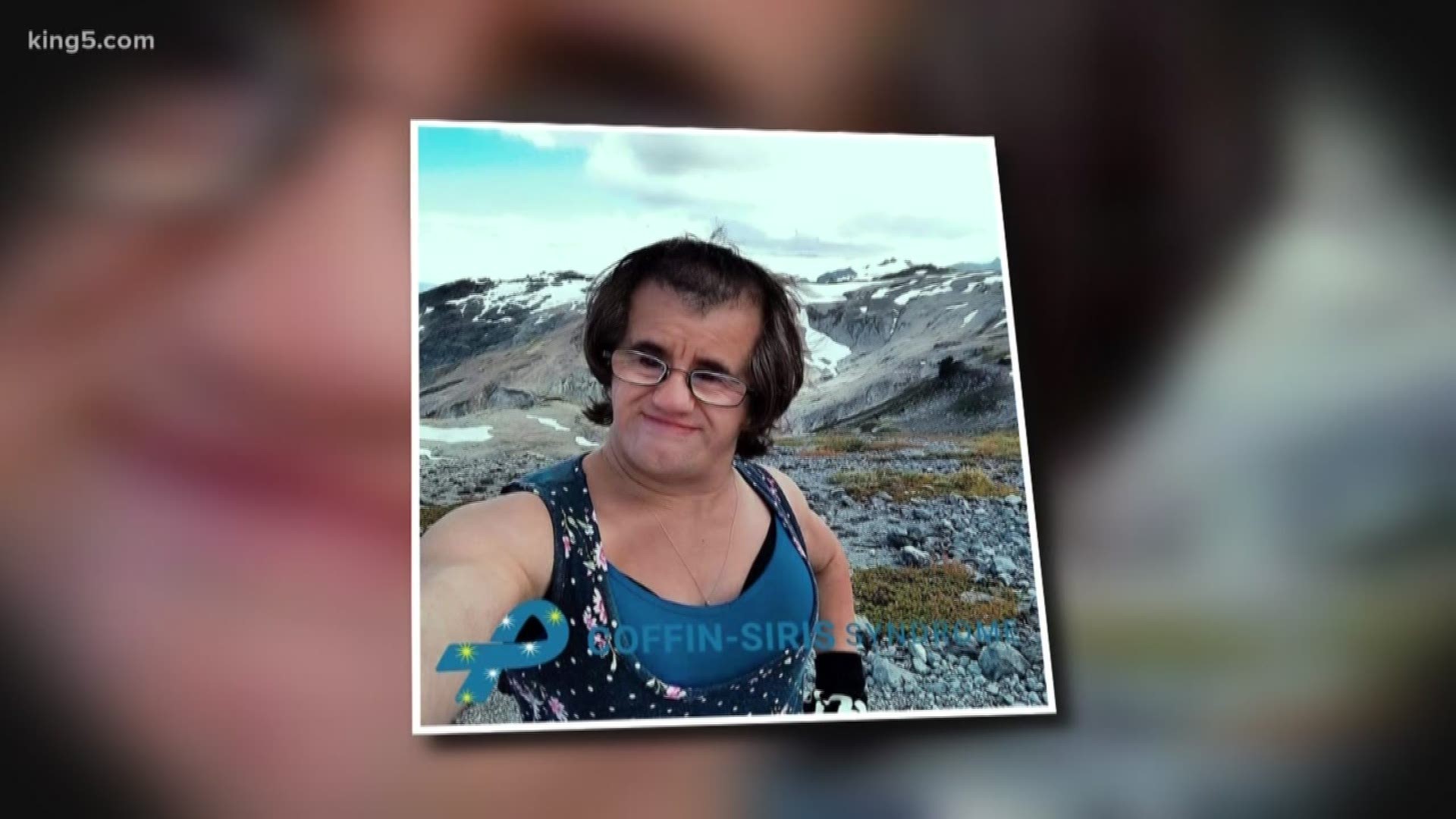 A Lynnwood family is trying to honor their daughter's legacy while raising awareness about Washington state's wrongful death laws.

Emily Locke was hit by a vehicle while walking in a crosswalk on Dec. 13. She died at Harborview Medical Center five days later.

Locke suffered from a rare genetic disorder, Coffin-Siris syndrome (CSS), but she didn't let that stop her from living a full life. Condolences from around the world are now pouring in to her family’s home.

Locke’s mother, Cindy, began putting a pin in each location on a map.

“This is the most amazing mapped out legacy I've ever witnessed. Emily blessed us with 29 years of life all around the world," she said.

Emily was so many things to so many people.

“She was just out there in the world, touching people, impacting people,” Cindy explained.

Cindy and Lenny Locke adopted Emily when she was a toddler.

“We used to call her the energizer the bunny because she would never stop, we wish we could find an off-switch. We [adopted] her at two years old and she was always on the go."

Emily made friends easily and connected with people around the world through social media. She worked at QFC for the last 10 years as a courtesy clerk where she frequently tried to educate people about her disability and encourage them to see the beauty in everyone. She was a talented photographer and an artist.

She had also taken on a sort-of ambassador role for families who had a child with CSS. Emily tried to give them hope when they got a diagnosis that sounded grim. Many of those families have now been reaching out to her parents.

“She was our beacon of light in our dark fog that pulled us out, led us out of the darkness realizing our child mattered, had a purpose, had value, could follow their passion and have great friends.”

The light was permanently dimmed when Emily was hit by a car while crossing in a crosswalk a few weeks ago.

“She was in the walkway, another car had stopped, Emily was doing everything right," Cindy explained.

After five days at Harborview, the family said goodbye. Seventy people showed up at the hospital to connect with the young woman who had touched so many lives.

Then, to add a sting to the family’s sadness, they learned they can't get funeral expenses from the driver because Washington state law doesn't allow them to sue for wrongful death.

“Finding out that wrongful death does not apply to us in Washington because she has no dependents ... but she was valuable,” Cindy said struggling to understand it all.

They are trying to balance the grief and frustration while keeping her legacy alive. The family was able to donate some of her organs. It's exactly what she  would have wanted.

“That legacy of hers is to love people, connect people … there's something bigger than ourselves going on and I'm trying to figure that out,” her mother said.