Five people are missing and two were rescued from a Seattle-based fishing vessel that sank in the Gulf of Alaska. 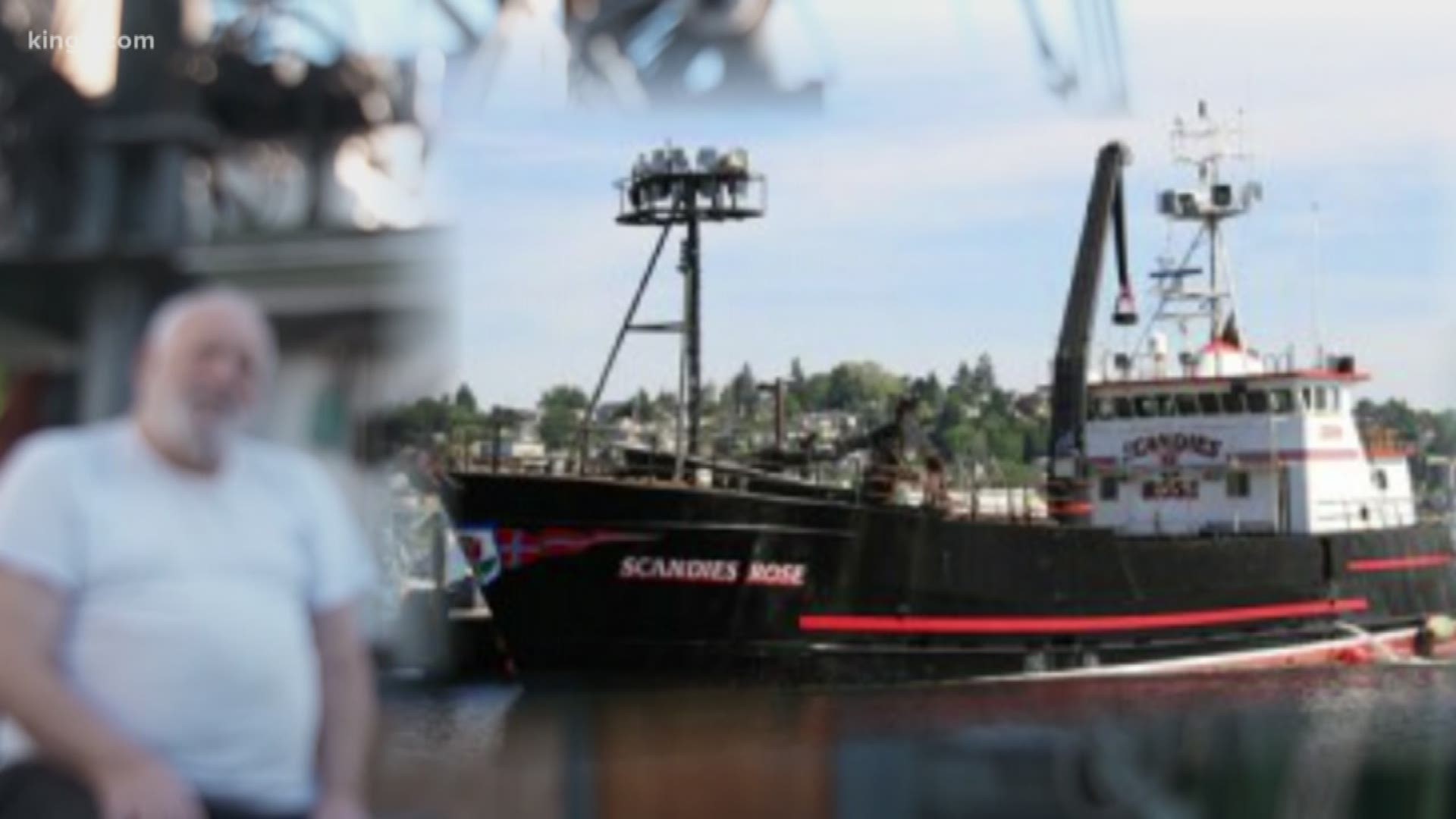 ALASKA, USA — The Coast Guard has identified the seven crew members of a fishing vessel that sank near Sutwik Island, Alaska, five of which are still missing.

Two survivors identified as Dean Gribble Jr. and John Lawler were rescued from a life raft by a Jayhawk helicopter.

The search for the five missing crew members was suspended Wednesday evening.

The F/V Scandies Rose is a 130-foot steel crab fishing vessel based out of Dutch Harbor, with business operations supporting it in Seattle.

The vessel's last known position was 170 miles southwest of Air Station Kodiak, according to the Coast Guard.

The Coast Guard reports the ship with its seven crew members on board capsized and sank at approximately 10 p.m. Tuesday. Before it sank, it encountered stormy conditions, officials said.

A mayday call went out before it sank, sparking the rescue effort, and a call to other vessels in the area to assist.

"The current conditions were just really, really bad," said U.S. Coast Guard spokesperson Melissa McKenzie. "So either there weren't vessels in the area that were close enough to assist, or the weather conditions were so bad they couldn't, because it was beyond their safety parameters."

A Coast Guard helicopter was able to hoist Gribble Jr. and Lawler from a life raft around 2 a.m., McKenzie said. A second raft was located, but it was empty. The two rescued crew members were wearing survival suits, she said, but it's unclear if the missing members are similarly outfitted.

She said aircrews searched the area through the day Wednesday, but encountered challenging weather conditions. Coast Guard Cutter Mellon was diverted from the Bering Sea to assist, and was expected to arrive on station Wednesday evening.

"The decision to suspend an active search and rescue case is never easy, but it's only made after careful consideration of a myriad of factors," said Rear Admiral Matthew Bell, 17th District Commander. "Our deepest condolences to the friends and families impacted by this tragedy."

Veteran fisherman John Cross of Seattle knows the Scandies Rose well - it spent the off-season docked near his ship in Ballard. He also described the dangers of quickly changing weather this time of year - when cold air meets sea water, and freezes.

"That spray builds so quickly, it adds weight and makes the boat top heavy in just minutes," Cross said.

The two rescued crewmen have been taken to the hospital in Kodiak. The cause of the sinking has not been determined, but the Coast Guard will investigate once it completes search and rescue operations.