Officials are looking for census takers around the country. The work is flexible, part time, and temporary. 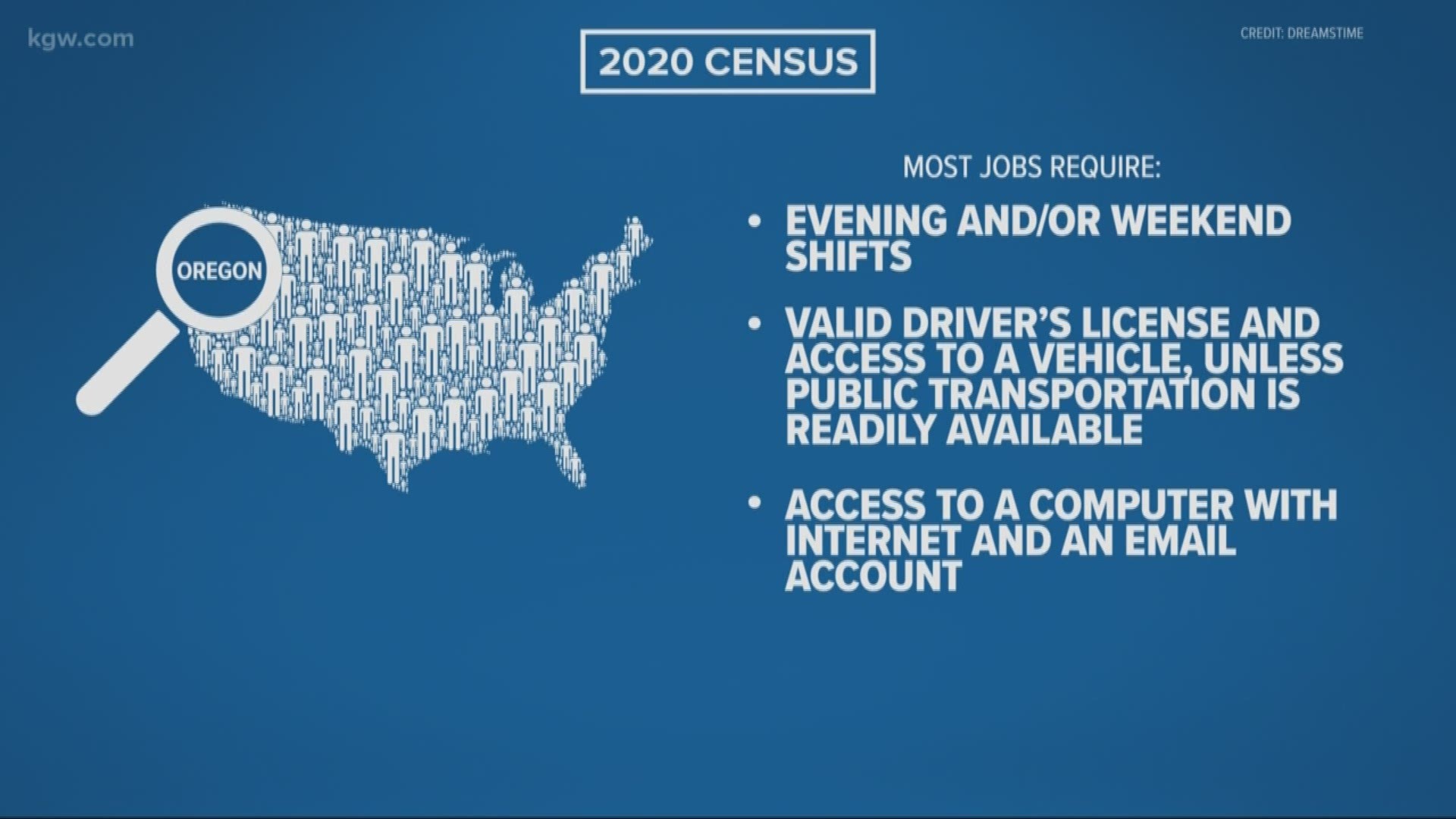 With this new year comes a once-in-a-decade count that shapes your community's future: the 2020 U.S. Census.

There are events in the Portland-Metro area and all over the country this week as part of a week-long U.S. Census Bureau recruitment kick-off campaign.

Nationally, the Census Bureau needs to hire about 500,000 census takers. Those people will be from the communities where they're counting.

Along with census takers they need recruiting assistants, office staff and supervisors. They are looking for U.S. citizens who are 18 and older, have a valid e-mail address and a valid Social Security Number.

It's flexible, part time, temporary work. You will likely have to work evenings and weekends because that’s when people are home.

Some who work for the census feel it's their civic duty to make sure everyone is counted, especially because our area has grown so much since the last census ten years ago.

“Portland has grown so much and other population centers have grown and gentrified so it’s really going to make an impact with funding,” a local field supervisor, Brett Duesing, said, “Federal funding, state coffers get a piece of that; pretty much all local governments, school districts are going to rely on this data to say we need more help here, we need more infrastructure and more services.”

Census results help determine how billions of federal dollars are allocated to your state and community, and set congressional districts.

But under-reporting is a major issue; many populations are hard to count, such as young kids, the elderly, various ethnic groups, immigrants, and the homeless.

This is the first census that will mostly be done online, however you can still self-report over the phone or by mail. Census takers are crucial in making sure everyone is counted, since not everyone self-reports.

“I would argue [census takers are] hugely important because there’s a system where everybody will be asked to do it on their own without a census taker – ideally most will do it on our own, fill it out and send it in – but then to try to get those last percentages to get everybody counted, it’s huge,” three-time census taker Scott Moshier said.

“And the idea, I think, that it comes from the community is a really big part of it. It’s like having folks that know the area, that understand people’s schedules. I think having local people be apart of it is really important.”

You can learn details about the jobs and what they require in the Job Details section of the 2020 Census website.

If you want to help shape your community's future or make some extra cash now, you can apply here.

READ: VERIFY: Is this survey from Republican National Committee part of the official US Census?