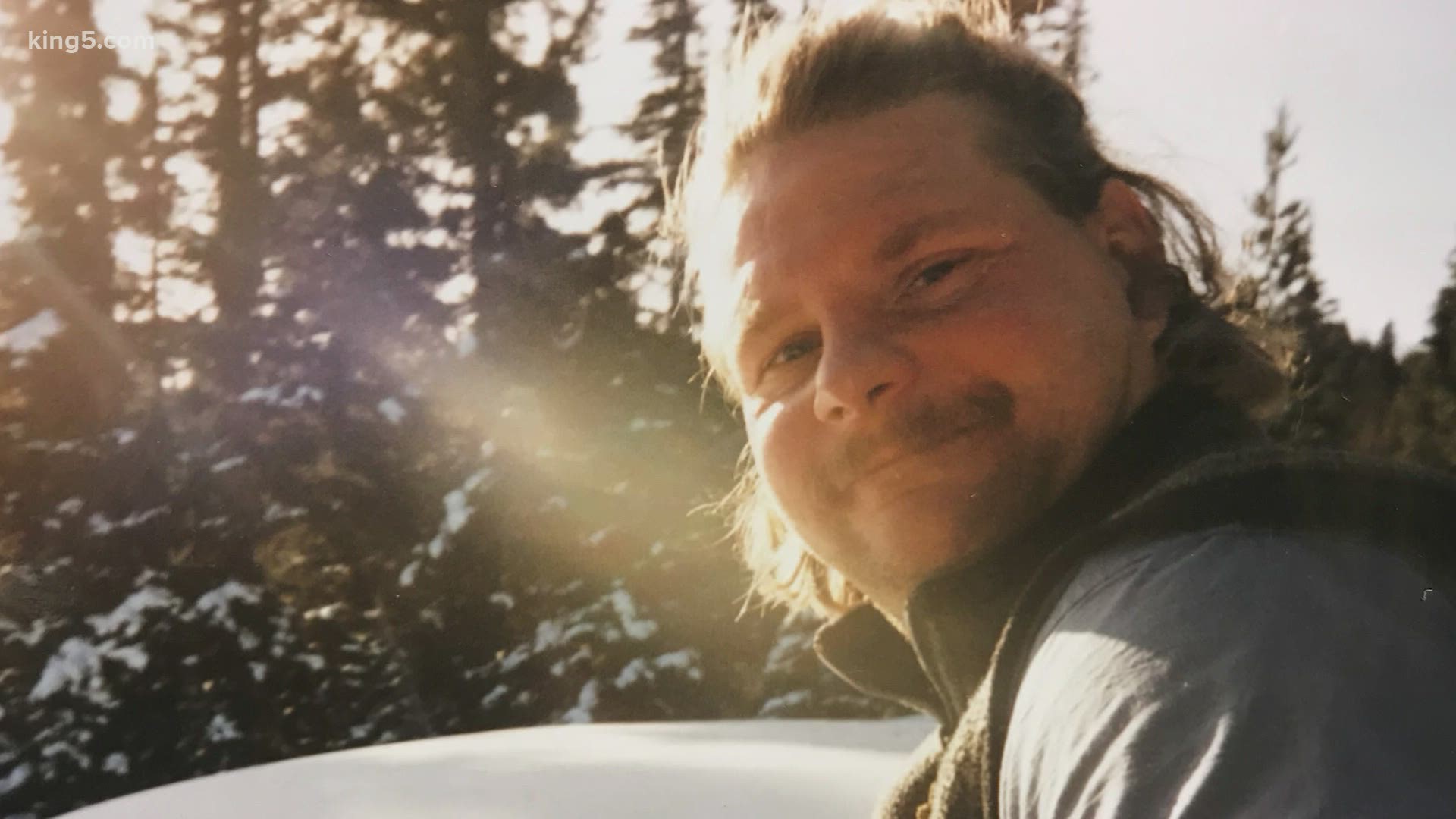 Karen Harder kissed her husband David goodbye as she headed off to work in late May. She told him she loved him and the Whidbey Island couple planned to talk later that day – as they always did. But Karen never talked to her husband of 20 years again.

A series of events stemming from COVID-19 took his life.

Around 1 p.m. that day, two Island County Sheriff's deputies arrived at Karen’s office at Whidbey Health Medical Center with the news. As David drove his motorcycle to work at Seattle Public Schools, a motorist driving recklessly in North Seattle had hit and killed her husband.

“I keep thinking of him getting hit. It was very fast. He lived for probably minutes. So that is very hard,” Karen said. “David kept saying that he thought COVID was going to get him, because he was older and had asthma, and sure enough.”

But it wasn’t the asthma or his age that had anything to do with the motorcycle crash. The motorist, who ran away on foot and left 61-year-old David Harder dying on the road, was out of jail and driving high on heroin, according to charging documents. The suspect driver had just been released from jail because of the coronavirus.

The suspect, 26-year-old Payton Maddy from Snohomish County, was one of many inmates set free as the criminal justice system tried to balance public safety with the health of those incarcerated and staffing the facilities.

Normal capacity for the Snohomish County Jail is 800 inmates. During the COVID-19 pandemic, that number has hovered around 300 people.

The King County Jail has operated at approximately 60% capacity since the pandemic hit.

Members of law enforcement have worried about the impact of releasing inmates with a history of violence and non-compliance.

“I had several defendants released during this period of time with multiple judges and I argued against each one of those,” said Tobin Darrow, the Snohomish County deputy prosecutor who fought to keep Payton Maddy behind bars. “Every time I walk out of court in this situation, this is always what I’m worried about… I’d rather be wrong on this. I don’t want to be right when it comes to this kind of thing.”

In the Harder case, Darrow was right. Maddy, now charged in King County with vehicular homicide and felony hit and run, was in the Snohomish County Jail awaiting trial for a case nearly identical to what happened to David Harder as he drove his motorcycle to work.

In December 2019, Maddy was charged with vehicular assault and felony hit and run after driving recklessly in the Lake Stevens area of Snohomish County. Just as in the Harder case, Maddy was attempting to elude a police officer, then crashed into a car and fled on foot, leaving the crash victims to fend for themselves.

“The nature of a hit and run charge is such that causes me concern about whether somebody is going to appear in court if they are released,” Darrow said.

There were other concerns about Maddy’s release, according to criminal records. Maddy had been arrested 30 times before for crimes such as assaulting a police officer, domestic violence, theft and trafficking in stolen property.

In addition, Maddy frequently scoffed at court mandates by failing to show up for hearings. On 43 occasions, records show he failed to appear when it was mandatory to do so.

Despite the lengthy rap sheet and history of ignoring court orders, after three months in jail, Maddy’s attorney appealed to the court to let her client out on his own recognizance. Due to coronavirus concerns, the judge agreed. Maddy was out on the honor system. There were no mandates for supervision or checking in with anyone in his conditions of release.

“I don’t think (the judge thought about the consequences),” Harder said. "The judge, I think he thought: ‘We need to get some people out of the system right now because of (COVID), so I’m going to pick that guy.’ I can’t assume any other way because I don’t know any other way you would have picked this person (for release into the community).”

David Harder’s death has left a gaping hole in the lives of many. He was a security guard for Seattle Public Schools for 25 years. He had a reputation of caring deeply about children, especially troubled kids he came into contact with in his position.

"Children would be so out of control it was painful to witness, and by the end, they would be calmly talking to David... They respected him because they could sense that he was there to help them, that he would keep them safe, and that he respected them," wrote Jill Schnaiberg, a teacher in Seattle Public Schools.

Friends and family members described David as a man who embraced life to the fullest.

"His friends described him as “Super Man, Bat Man and Spider Man all rolled into one,” according to his wife. “He looked at life like no one I’ve ever met, ever. He just went out there and did it."

He was an avid outdoorsman and world traveler, often accompanied by his 17-year-old daughter Rachel. David traveled to every continent except South America and Africa. His favorite spots included Scotland, Japan, New Zealand and Paris.

“He loved life. He loved travelling. He loved Rachel. He loved me,” Karen said. “Now my daughter doesn’t have her Papa. I don’t have a husband.”

She hopes judges in counties across the state learn from this case.

“I don’t think they should be letting anybody out. If this doesn’t show you the lesson of it (what will)?”

More coverage from the KING 5 Investigators