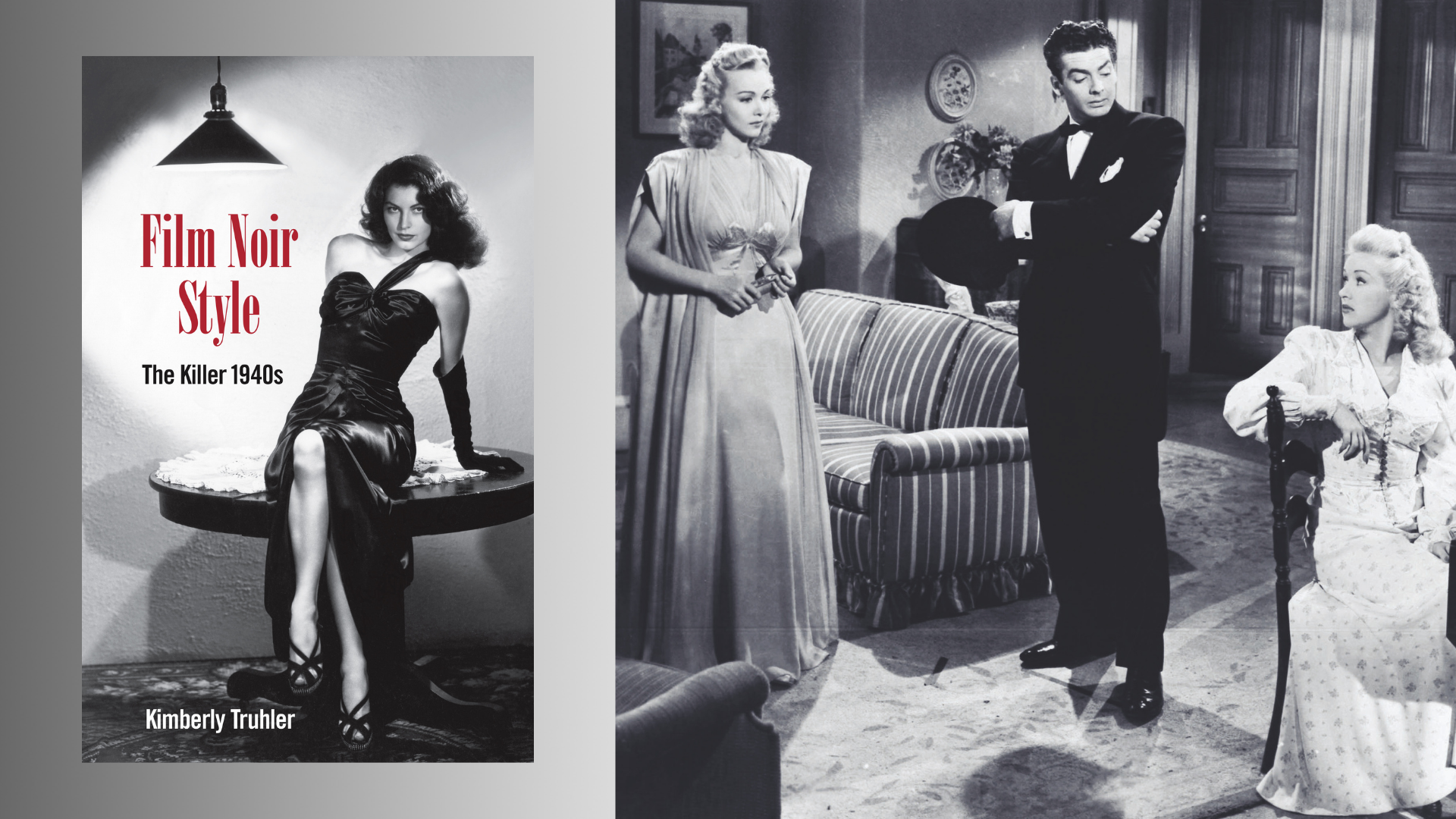 Film & Fashion Historian Kimberly Truhler is taking us back with her new coffee table book! Film Noir Style showcases the gorgeous looks from the femme fatales of the iconic era, including Betty Grable, Veronica Lake, Gene Tierney, and more. She discussed why she chose to highlight this time in history and gave film recommendations for anyone looking to get into classic movies.

ABOUT THE BOOK: Film Noir Style: The Killer 1940s looks at the fashions of the femmes fatales who were so good at being bad, and the suits and trench coats of definitive noir actors such as Humphrey Bogart and Alan Ladd. Film and fashion historian Kimberly Truhler explores twenty definitive film noir titles from 1941 to 1950 and traces the evolution of popular fashion in the decade of the '40s, the impact of World War II on home-front fashion, and the influence of the film noir genre on popular fashion then and now.