Safe injection site on hold in Seattle amid growing concerns

Concerned with 'threats' from the federal government, it appears the effort to open a site for people to use drugs under medical supervision in Seattle is on hold. 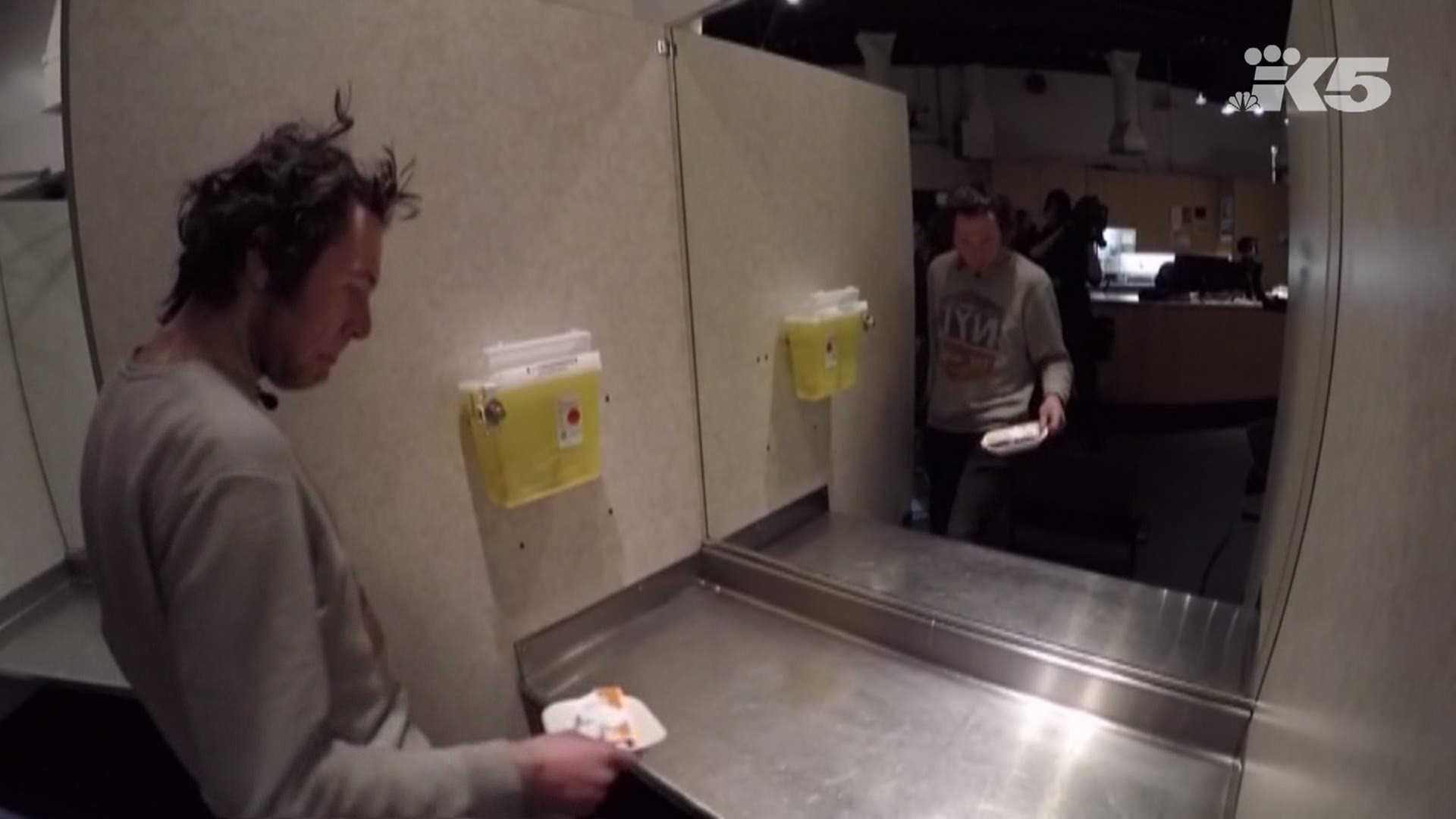 The controversial safe injection site proposed within Seattle appears to be on hold pending the outcome of a civil lawsuit against a nonprofit in Philadelphia.

A memo from Jason Johnson, Seattle's Department of Human Services interim director, states that while inject sites are a "component of a harm-reduction, public health response" to the addiction crisis, the department is "concerned about threats" of potential lawsuits and/or prosecution by the federal government.

In February, the U.S. attorney for the Eastern District of Pennsylvania filed a civil lawsuit against Safehouse, a Philadelphia nonprofit, which claims such facilities violate the Controlled Substance Act. The lawsuit asks a U.S. District Court judge to rule on the legality of Safehouse's plans for such a facility.

"The City of Seattle closely watching the progress of this lawsuit, and working with our City Attorney's Office to consider all of our legal options, including potentially filing an amicus brief in the Philadelphia case or other litigation strategies," the memo from Johnson says.

In 2017, the King County Board of Health approved a recommendation to open two injection sites. They would allow people to use drugs under medical supervision.

Seattle is the only city to approve such a facility. Dozens of other cities around Puget Sound have banned them.

The injection sites also sparked an effort to ban them in King County. However, the state Supreme Court upheld a ruling that kept the initiative that would have done that off the ballot.

The memo from Johnson notes Seattle has allocated $1.4 million to cover one-time costs associated with establishing an injection site. King County has set aside $500,000 to purchase a vehicle where "safe injection activities take place." The council added $100,000 in funding for the 2019 budget - King County did not add funding during the last budget cycle.

An injection site would cost about $2.5 million a year, in addition to capital costs, according to the memo.