Washington agriculture officials estimate one in four people will need help getting enough to eat, as the pandemic drags on. 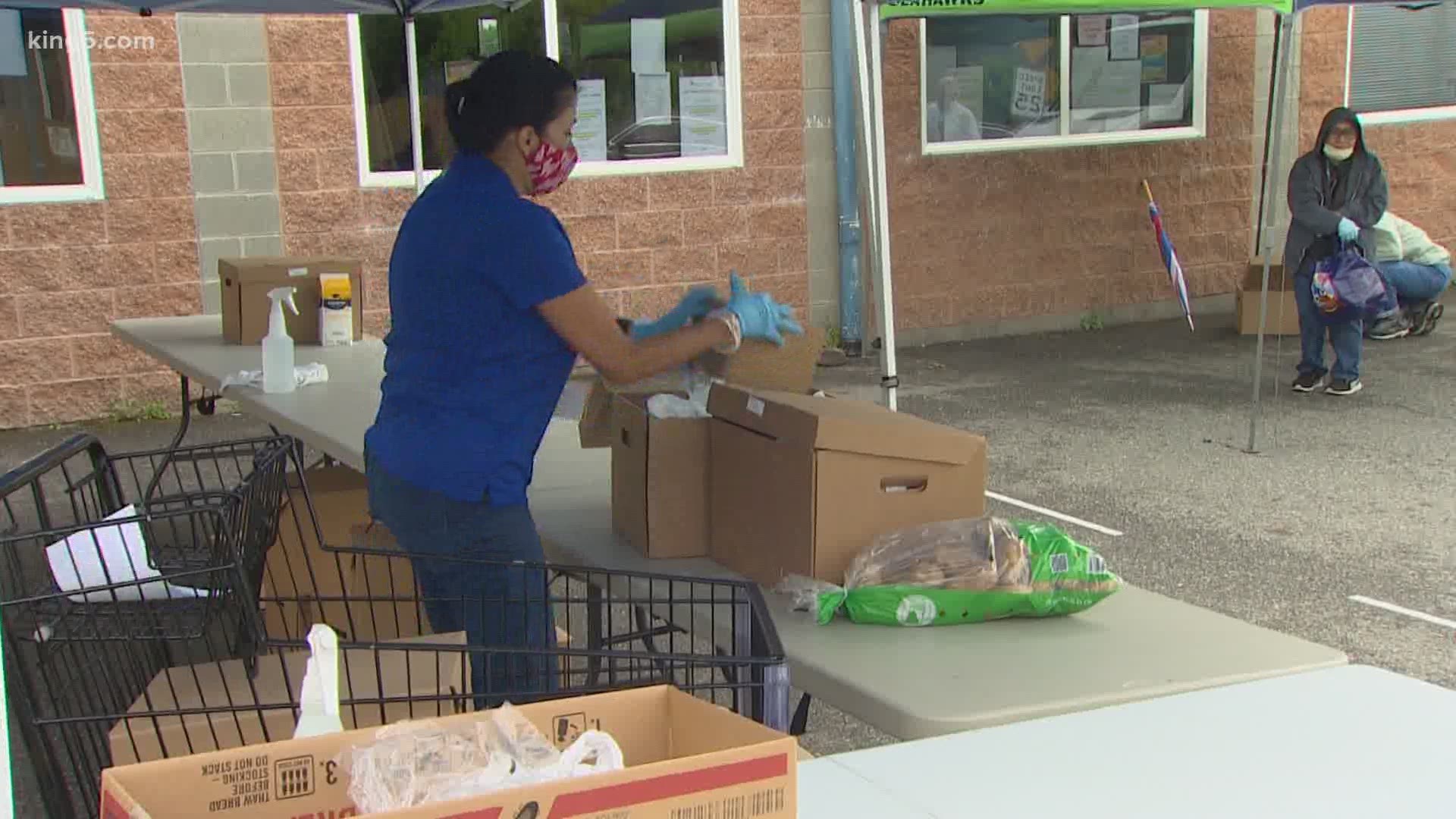 EVERETT, Wash. — Unemployment is hitting hard in Washington state, with the most recent numbers from the Employment Security Department showing the unemployment rate was a record 15.4% in April.

With people out of work, there's also a growing need for food, and communities are doing what they can to help.

Thursday was the first time Carlos Mendoza has ever had to stand in a food line. But the roofer has no choice because he has no job and no money. Mendoza is also two months behind on the rent for his Everett apartment.

His wife is out of work, too. Mendoza worries what will become of them and their twin three-year-olds.

"Right now food is the most important thing," he said.

Statewide, the need for food has doubled to more than 1.5 million people since the start of the pandemic.

Washington agriculture officials estimate one in four people will need help getting enough to eat, as the pandemic drags on.

The state is burning through $5.5 million every week keeping food banks stocked.

How long that can be sustained is unclear, but with about 500,000 more people expected to need help in the coming weeks philanthropic organizations will likely have to step in, at a time when "donor fatigue" is starting to take hold.

"It kind of breaks my heart because there's a lot of people that are hurting out there," said Clark.

This week in Arlington, Snohomish County's Volunteers of America leased a 64,000 square foot former grocery store -- something it's never had to do before -- to distribute 21,000 boxes of food to local food banks every week for at least the next three months.

The move speaks to the continued need in Snohomish County and beyond, as well as how much that need is expected to grow with unemployment in Washington at record levels.

For the Mendoza family, and so many more, food banks are likely the only way they will survive.

"We're just hoping for God to lift us up," said Mendoza.