The P1 variant which originated in Brazil had the largest percentage increase in positive cases this week, according to the DOH. 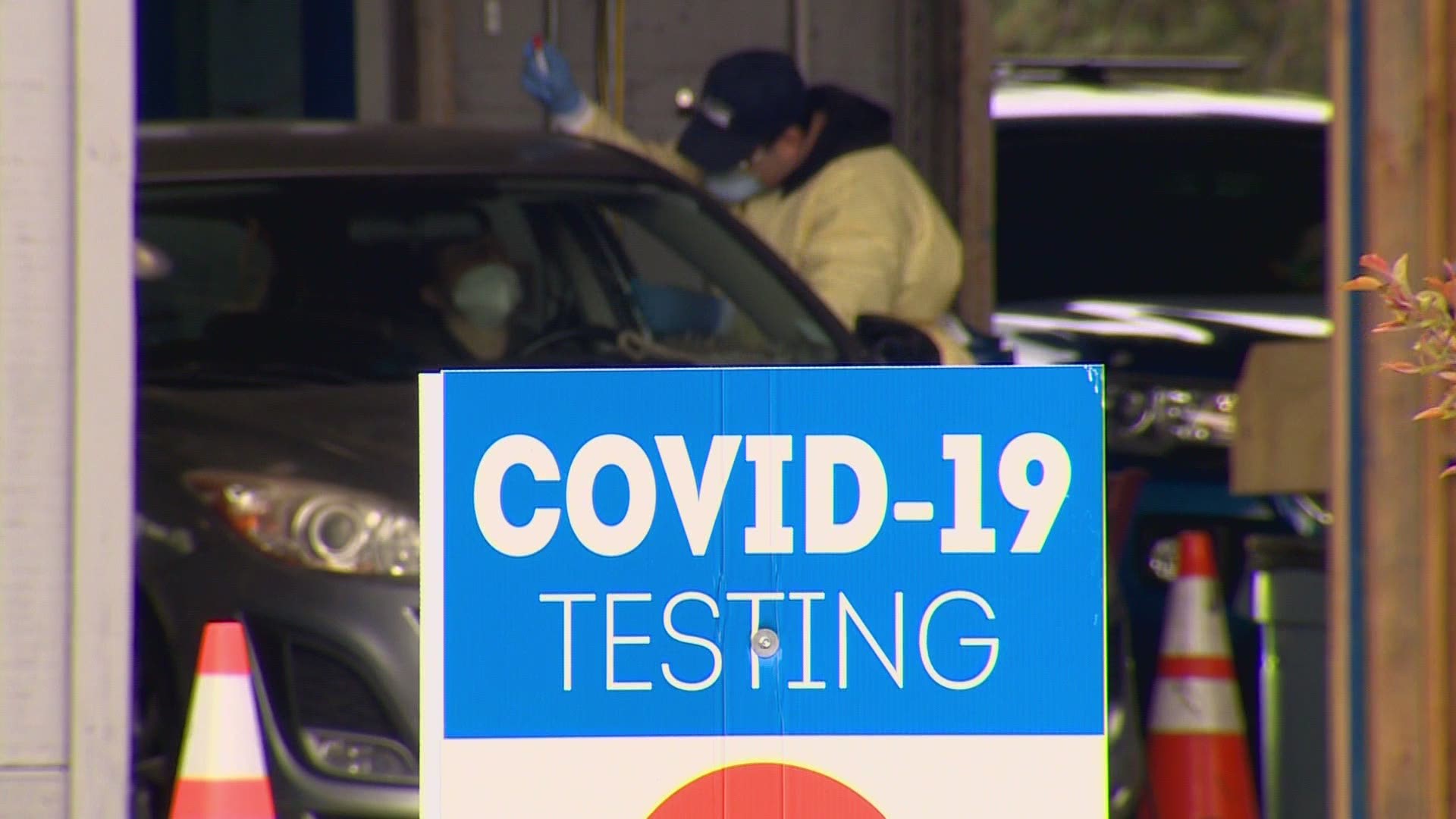 SEATTLE — In its latest sequencing and variant report, the Washington State Department of Health is reporting a 35% increase in variants found in positive tests from the week before.

Of those, the largest percentage increase was for the P.1 variant which originated in Brazil. While testing, scientists are also looking out for any local strains that could pose problems down the line.

Dr. Scott Lindquist, a state epidemiologist at the DOH, said Washington is among the top five states in the U.S. that are checking positive COVID-19 tests for specific variants.

Multiple laboratories across the US and Washington state conduct these tests. Comparing the sequences of viruses allows scientists to better understand viral transmission and the introduction of new strains to our state.

"Every time the virus evolves... it's gonna lay down a new mutation here or there,” said Dr. Alex Greninger, assistant director of the clinical virology laboratories at the University of Washington Medical Center.

Greninger said while officials caution about a 'fourth wave' of cases, it's important to focus on the strongest weapon: vaccines.

”These vaccines that we have are so whiz-bang, they generate the most incredible antibody response,” said Greninger.

The DOH says there are currently 27 counties with evidence of variants.

The Biden administration is pumping $1 billion to expand genomic testing efforts to fight variants. Washington will receive $5 million of that funding in May.