Spike in COVID-19 hospitalizations in Washington at a 'worrisome' rate

After COVID-19 hospitalizations plateaued in March, they have steadily climbed through April as Washington grapples with a fourth wave of the virus. 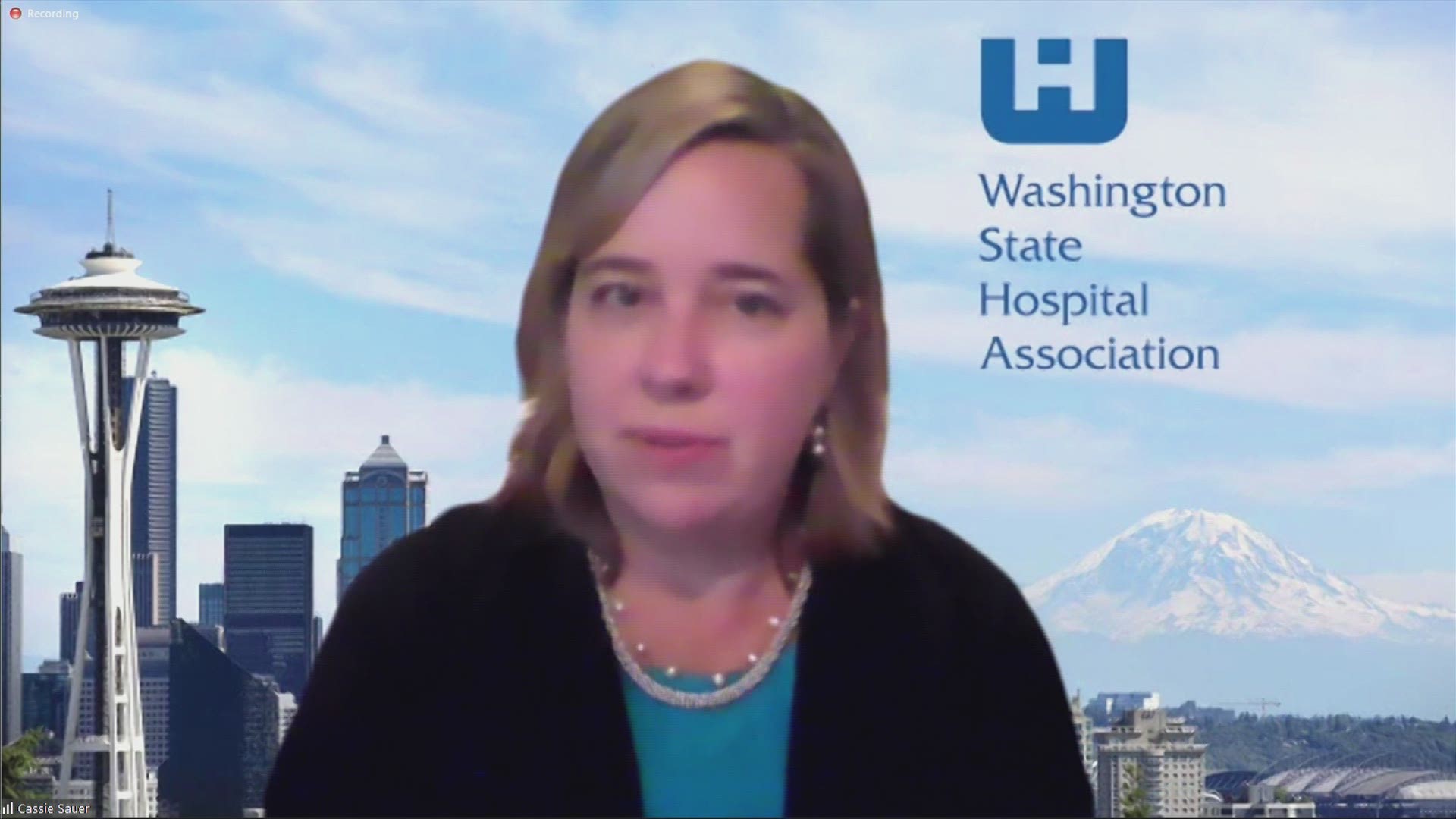 Health care leaders are “really concerned” about the sharp increase, Washington State Hospital Association CEO Cassie Sauer said, adding there is “no question” we are in a fourth wave of infection.

“This looks like the same trajectory we saw in November,” Sauer said. “Very, very worrisome in November.”

Sauer said 44 hospitals across Washington reported more than 600 hospitalizations Monday morning, which is the most Washington has seen in months.

Hospitalizations topped out under 800 during the last wave in winter, according to data from the Washington State Department of Health (DOH). After dropping throughout January and February, hospitalizations averaged about 350 through March before creeping up again in April.

As of April 18, which is the most recent data provided by DOH, about 40% of people hospitalized with coronavirus-like symptoms were between 40 and 59 years old. That age group also experienced the sharpest increase in cases over the previous week compared to other age groups.

“These are largely people that think their age is protecting them from getting sick from COVID, and that is not happening,” Sauer said.

Sauer said it was unclear if COVID-19 variants were behind the increased severity in illness among young people or if it was something else at play.

Although more people are getting vaccinated in Washington, Sauer urged people to be cautious, because the virus is still circulating. Sauer also pointed out it takes two weeks after receiving the second shot to be fully protected from COVID-19. If you just got your first shot, don’t let your guard down just yet, Sauer said.