A study in the UK found people with Down syndrome have a 10 times higher risk of dying from COVID-19 than a typical person. 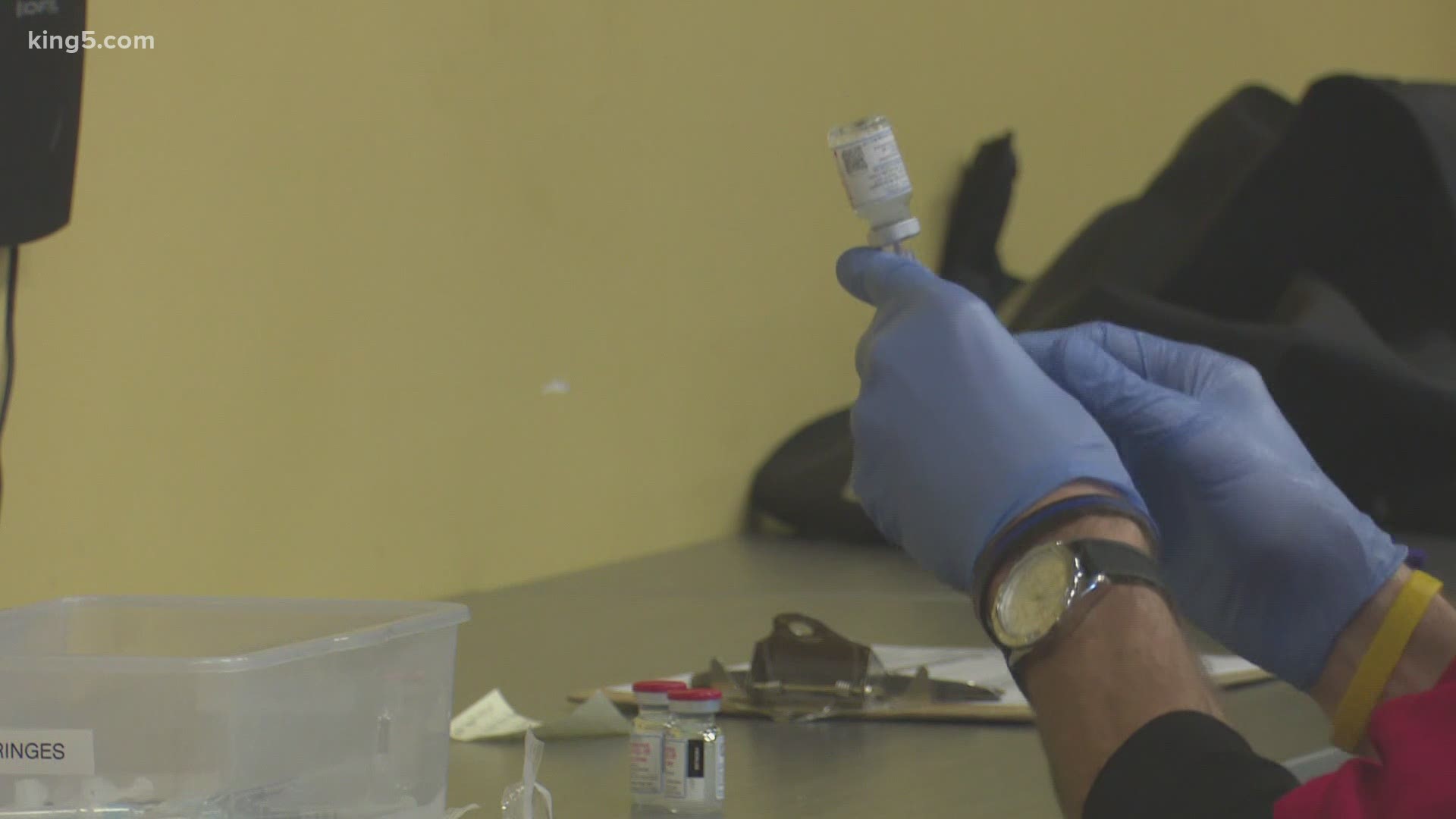 WENATCHEE, Wash. — Hailey George looks up to her younger brother Danny who has Down syndrome. He is 20 years old and lives with their parents in Wenatchee.

"I have learned so much from Danny because he just truly looks for the joy in life,” she said. “He has all these other things that are immunocompromising, and so if he does get COVID, along with a lot of other people in his community, it would just be a lot. It wouldn’t be good.”

Her family assumed he'd qualify for the COVID-19 vaccine until they were turned away from a clinic and told Down syndrome is not yet a vaccine qualification in Washington state.

“The statistics out there for people with Down syndrome who get this virus are very, they’re bleak, I mean, as compared to a typical person,” said George. “So, I just don’t see how that is fair or right to not protect these people.”

RELATED: How to use Washington's PhaseFinder tool to determine your COVID-19 vaccine eligibility

Dr. Elizabeth Meade with Swedish Hospital said people with Down syndrome are at a higher risk for COVID-19.

"Cardiac disease, they can have lung problems, they can be more prone to respiratory illnesses and they can have immune disorders," said Meade. "All of those things certainly put people at higher risk for severe disease from COVID."

A study in the United Kingdom found people with Down syndrome have a 10 times higher risk of dying from COVID-19.

“It has been interesting because I have gotten no response," she said.

However, KING 5 did get a response from the Washington State Department of Health (DOH).

Tier 3 isn't expected until spring or summer, and there is no official timeline for when the state will move to Phase 2.

People with Down syndrome are more likely to have undiagnosed risk factors for COVID, according to Meade.

“There certainly are folks with Down syndrome who have some underlying immune dysfunction there that may or may not have a formal diagnosis,” said Meade. “For those people, I think we have to really consider that as the population that is high risk and try and prioritize accordingly.”

George believes having Down syndrome alone should be enough to qualify for a COVID-19 vaccine.

“It’s hitting a bunch of other factors, but just not the specifics of my brother and there are a ton of people that fall into that category,” she said. “I think that's ridiculous. I mean, it's not a large group of people, it's not a large ask to have them be moved up.”

George also argued that quarantine has been especially hard on people with intellectual disabilities, and the system has allowed them to fall behind. She said this should also qualify people with Down syndrome for a vaccine to get them back to normal life.

“I hope my brother gets a vaccine very soon so that he can start to get back into his normal routine and on a journey toward recovering from, for a lack of a better word, from kind of the emotional damage that all this has caused,” she said.

Meade studies developmental delays in children and likened this situation to what she’s learned.

“It’s a really fair point,” said Meade. “I’m a pediatrician, and so we are super focused right now on all the developmental delays and sort of setbacks that kids are having because of this pandemic, and being quarantined, and not being in school and all those sorts of things and a lot of those apply to people with developmental delay, like Down syndrome. Kids are not eligible for the vaccine yet, but certainly, adults living with Down syndrome are, and so I think that’s a really interesting thing to think about as we prioritize.”