Who is next in line for the COVID-19 vaccine in Washington and Idaho and when will those phases begin? Here's what we know about the states' distribution plans. 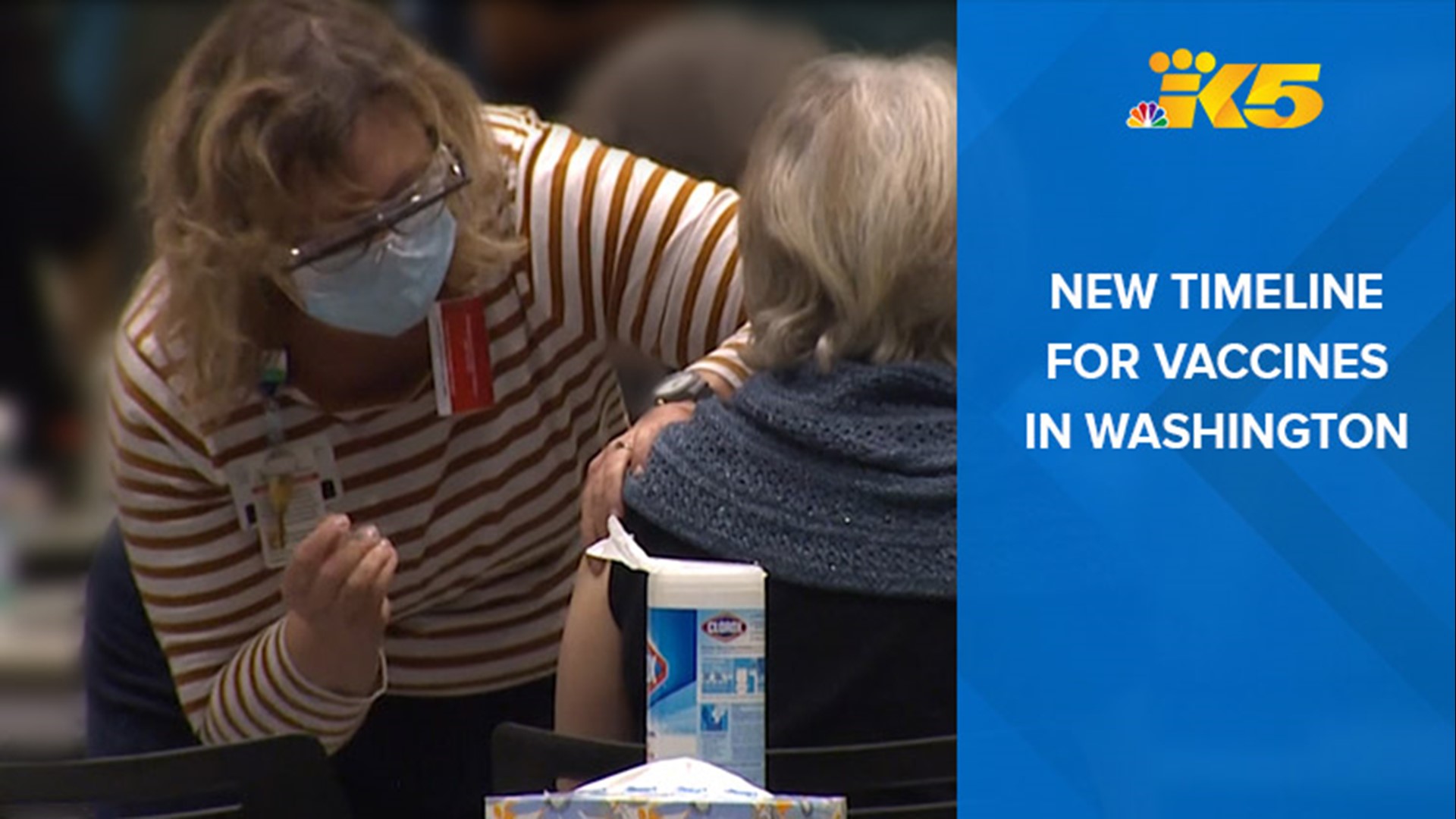 SPOKANE, Wash. — The Washington State Department of Health (DOH) has adjusted its timeline for members of the general public to begin receiving the COVID-19 vaccine, meaning life won't go back to normal anytime soon.

Phases 2, 3 and 4 of Washington's COVID-19 vaccine distribution plan were initially expected to begin in May 2021 and extend through December, but the state DOH is now predicting a start date of summer or fall 2021. Health officials have yet to outline who will be included in those phases.

In a statement, a spokesperson for the DOH provided an explanation for the shift in the expected start time:

"Start dates were always our best estimate based on how much vaccine the state is getting, and it was always expected to shift. We have never indicated being tied to a particular date for any phase. The graphic originally showed months and was meant to show the earliest possible time we might go into a phase, not a firm estimate of when that phase might begin. People reported that the months were confusing so we changed the graphic to reflect seasons, which we heard was better understood."

Difficulties in obtaining vaccine supply could also delay the next groups in Idaho's distribution plan, a top health official said on Tuesday.

Both Washington and Idaho are now vaccinating people ages 65 and older. But people in other groups, including some essential workers, are still questioning when they could get the vaccine.

We are breaking down the current vaccine distribution plans in both Washington and Idaho, including what phase both states are in right now and when other groups can expect to get the shot.

Washington is currently in Tier 1 of Phase 1B in its vaccine distribution plan. It includes people 65 and older and people over 50 years who live in multigenerational households.

The Washington State Department of Health (DOH) said vaccinations for people Tiers 2-4 of Phase 1B are expected to occur in the spring or summer of 2021 but officials have not provided a more specific timeline. They have, however, outlined who will get the vaccine next:

Phases 2, 3 and 4 in Washington state are expected to start in the summer or fall of 2021 but a spokesperson for the DOH was unable to provide more details on Tuesday, Feb. 2.

RELATED: List: Vaccination locations in Eastern Washington, and how to get an appointment

Idaho is currently vaccinating people in Group 2 of its distribution plan. The rollout was expanded to those over 65 years and older in February after first being made available to teachers, healthcare workers, emergency responders, corrections employees, and assisted living facility residents and workers, among others beginning Jan. 12, 2021.

Some people in North Idaho who are 65 years and older began receiving the vaccine on Monday, Feb. 1.

RELATED: Where North Idaho residents 65 and older can get the COVID-19 vaccine

Idaho Health and Welfare Director Dave Jeppesen noted on Tuesday that, because the state is currently receiving only about 25,000 doses of the vaccine per week, it will take "several months" to get those over age 65 vaccinated.

The next category in Group 2, which could begin in late February or early March, is expected to include food and agriculture workers, Idaho National Guard members, and manufacturing, public transit and U.S. Postal Service workers, according to Idaho's vaccine plan.

Here are the next groups that are eligible to receive the vaccine in Idaho and a potential distribution timeline, which is subject to change:

Group 3: End of March of Early April: This group is expected to include individuals age 16-64 with medical conditions that increase their risk of severe COVID-19 symptoms and other essential workers, though this category has not been fully evaluated by the state's COVID-19 Vaccine Advisory Committee and approved by Governor Brad Little.

Group Four: May 2021: This group made up of the general public and vaccines are expected to begin in May 2021.  This category also has not been fully evaluated by the state's COVID-19 Vaccine Advisory Committee and approved by Governor Brad Little. 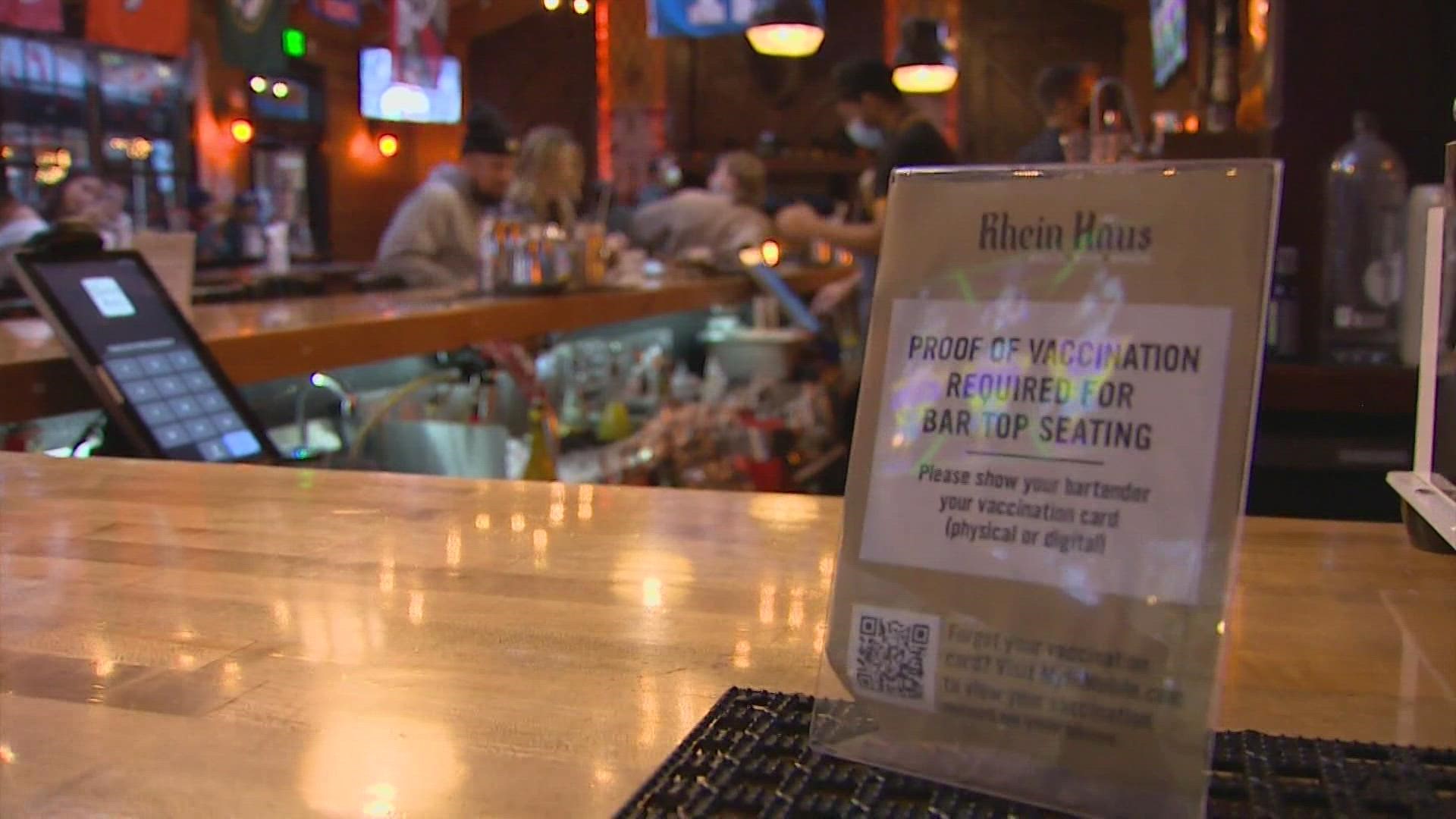