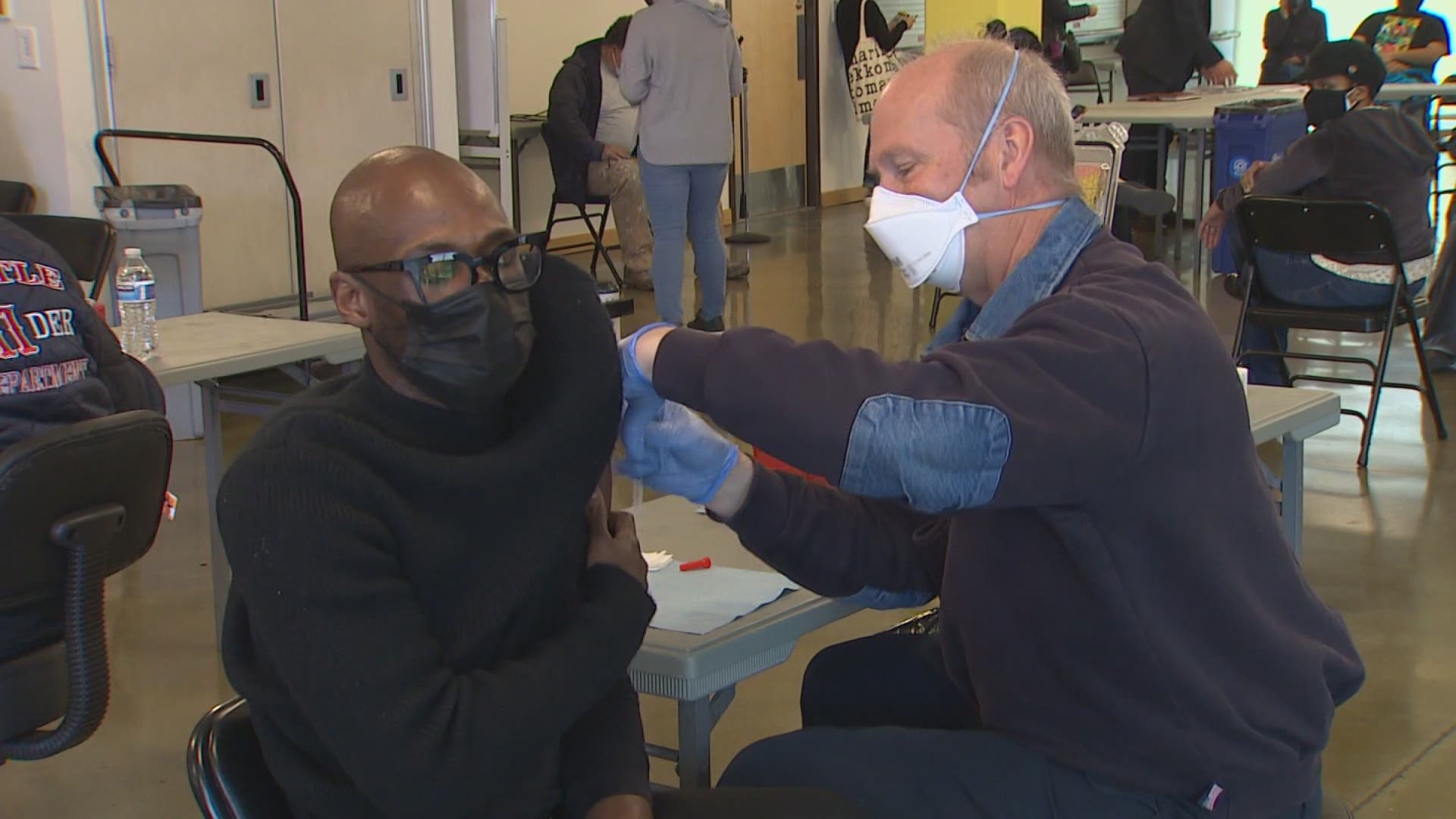 SEATTLE — Health leaders in King County now say nearly a half million residents are fully vaccinated, yet they are encouraging people to remain vigilant against COVID-19.

Dr. Jeff Duchin, health officer for Public Health -- Seattle & King County, said in a briefing Friday that 26.5%, or 490,639, of King County residents have now had both doses of the vaccine, and more than 825,000 people have received at least one dose.

It comes as the county teeters near the threshold for a return to Phase 2 under the metrics laid out by Gov. Jay Inslee. As of Friday, King County is below the indicators for new COVID-19 cases and hospitalizations, but other counties are on the other side of the pendulum. Inslee plans to announce Monday whether some counties will have to roll back to Phase 2.

"Our epidemiology cases and hospitalizations are substantial and holding steady this week," said Duchin during the briefing with reporters. Yet, he noted there is still the threat of an outbreak, based on an increase in infections among young people and variants that are now seeping into the region.

Yet, with tens of thousands of COVID-19 vaccine doses expected to continue to flow into the region, there is notable optimism among elected leaders for the first time in many months.

"We are finally getting to the other end of this crisis," said Seattle Mayor Jenny Durkan, "Hope is on the horizon."

Inslee also announced Friday that the criteria for counties to stay in Phase 3 of the "Healthy Washington" reopening plan is changing.

Under Gov. Jay Inslee’s most recent reopening plan that took effect on March 22, counties would be evaluated every three weeks on two metrics – case rate over two weeks and hospitalization rate over one week – and needed to meet both to remain in their current phase. That means any county that failed one of the two metrics would have moved back one phase in reopening.

Now, a county must fail both of the metrics for case counts and hospitalizations to move down one phase, Inslee said.

As of Friday, all counties in Washington are currently in Phase 3 of reopening.