Comedians back on stage in Tacoma after months of shutdowns

Nate Jackson's Super Funny Comedy Club in Tacoma is back, after enduring months of closure due to the COVID-19 pandemic. 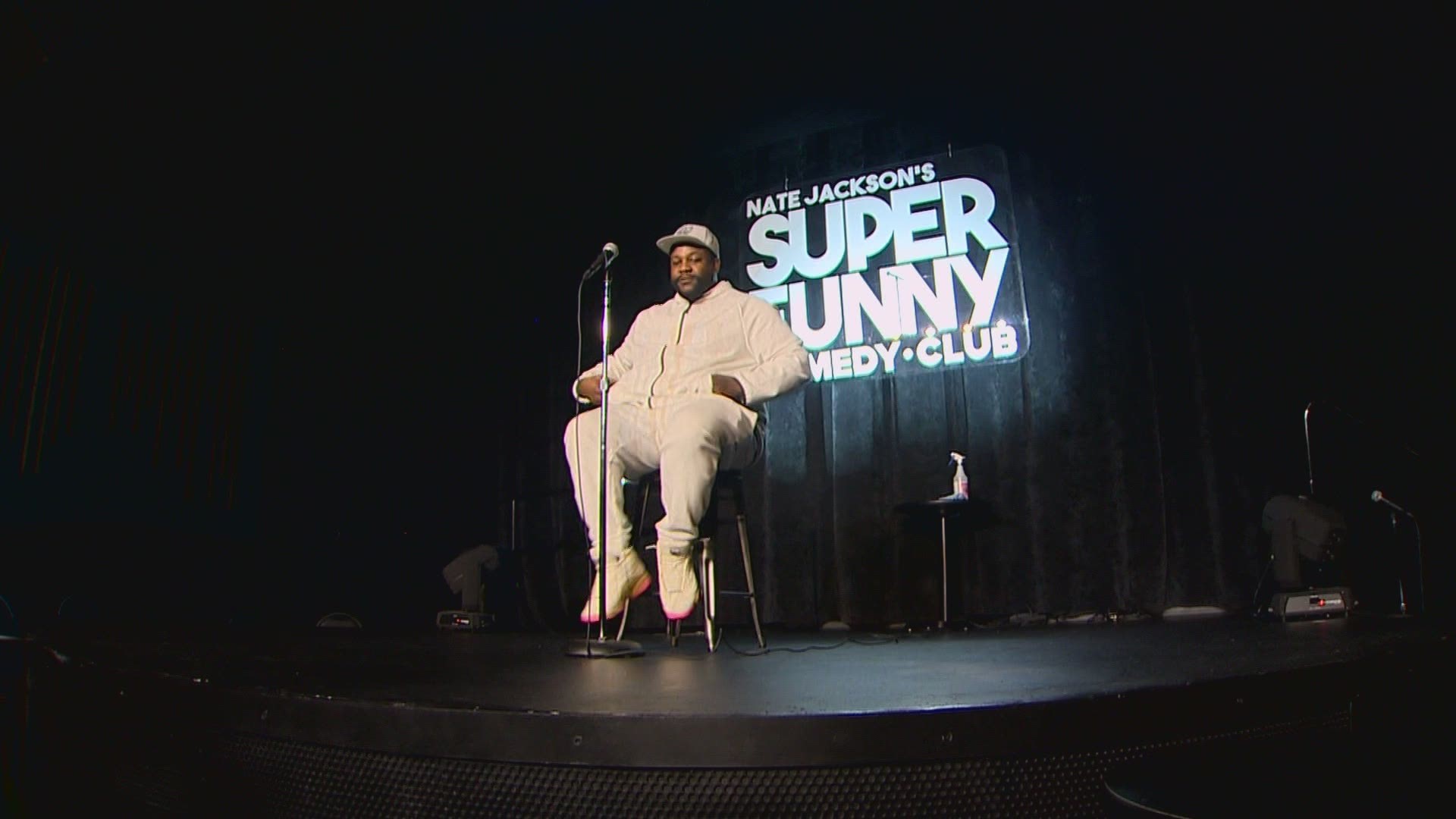 TACOMA, Wash — After an extremely tough year, there’s finally something to laugh about. Comedy shows are back on with some restrictions, after months of COVID-19 shutdowns.

Jackson —  a Thurston County native, comedian, and actor on NBC’s new show "Young Rock" — had to do just that. His new Super Funny Comedy Club opened in Tacoma last year but had to shut down just days later because of the statewide COVID-19 restrictions.

2020 forced a constant pivot for entertainers looking to make money and bring joy during hard times.

"I think there’s some kind of balance we have to find because comedy is just the opposite of tragedy and it happens in the midst of it,” Jackson said.

With doors back open and comedians back on stage, Jackson said the smaller audience will have to work, for now.

"It's like starving and then being offered not enough food to feed your stomach, you’re thankful to eat”

Jackson says the comedy club is already selling out shows and bringing in major headliners.