Pierce, Snohomish and King counties had been seeing rising rates of infection in the past few weeks, but a slight decrease in recent days is a glimmer of hope. 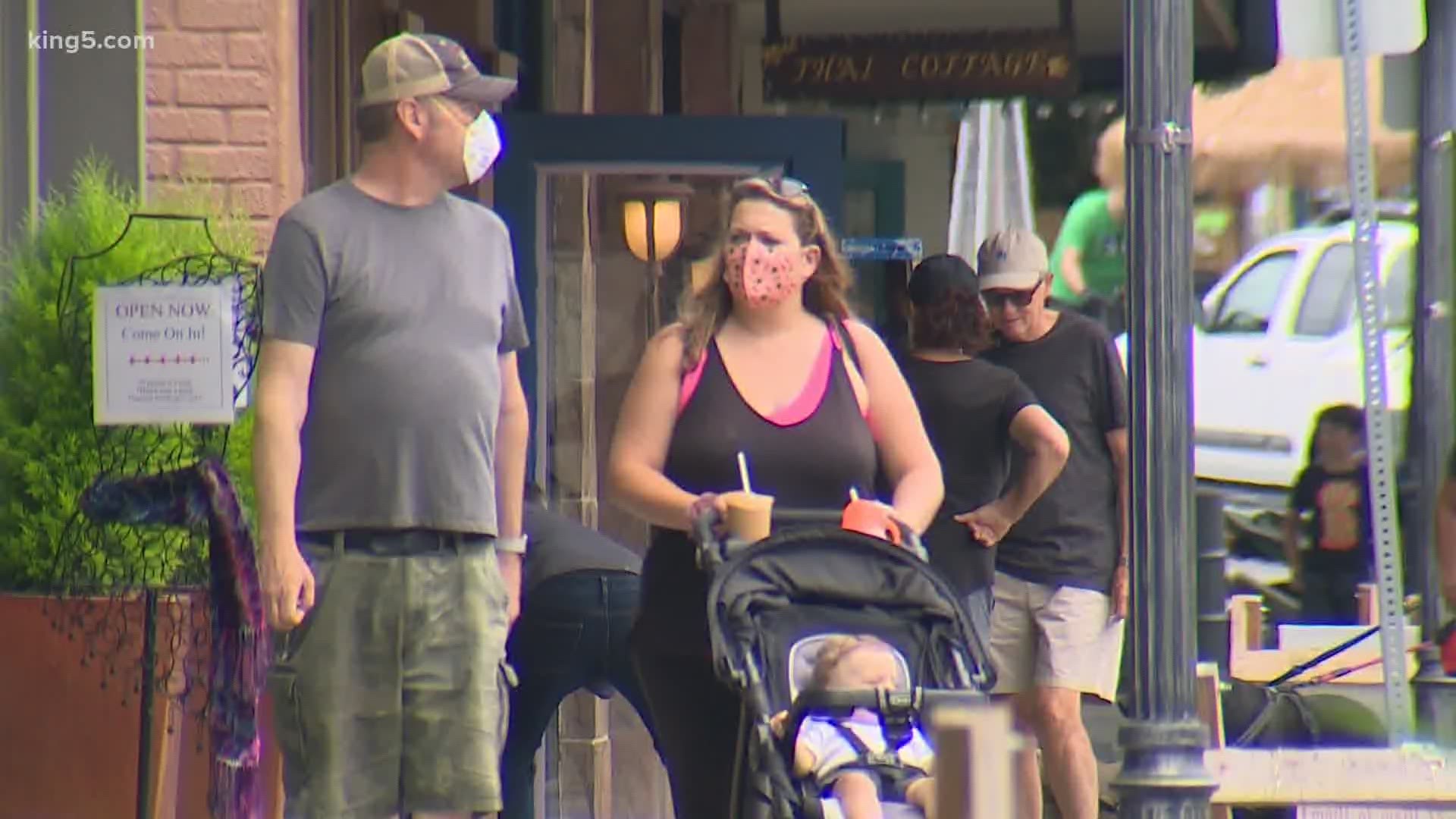 The trends in the spread of COVID-19 among Washington’s most populated counties are a mixed bag.

As a whole, Washington state's cases have been trending down, but Pierce County today reported that its 14-day case rate per 100,000 people is 148.6. The target is 25 or fewer.

Snohomish County, which has been frustrated by a steady march upward in its numbers, finally sees a slight drop, to 97.2 per 100,000.

“That was some good news, but we need to see over a number of days. Hopefully we’re on a declining trend,” Snohomish County Executive Dave Somers said. “Stay tuned.”

King County, which uses a 7-day moving average stands, at 126.1 positive cases, dropping from the most recent high of 177 on July 25.

“The numbers you’re seeing now are a reflection of what was happening two or three weeks ago,” says Dr. John Lynch, who is the Medical Director for Infection Prevention Control at Harborview Medical Center and saw some of the earliest COVID 19 patients.

He is also an associate professor of medicine at the University of Washington.

That delay is due in part to the incubation period. It can take up to 14 days for an infected person to show signs of COVID-19.

Lynch says the apparent increasing mask use appears to be helping in many places, including Yakima County which had been one of the state’s biggest hotspots.

“It takes time for people to adapt, and I think we’re making great strides. And I think people are just used to it,” Lynch said.