The Union of Physicians and Dentists said MultiCare has not been listening to the concerns of its urgent care employees since the pandemic began. 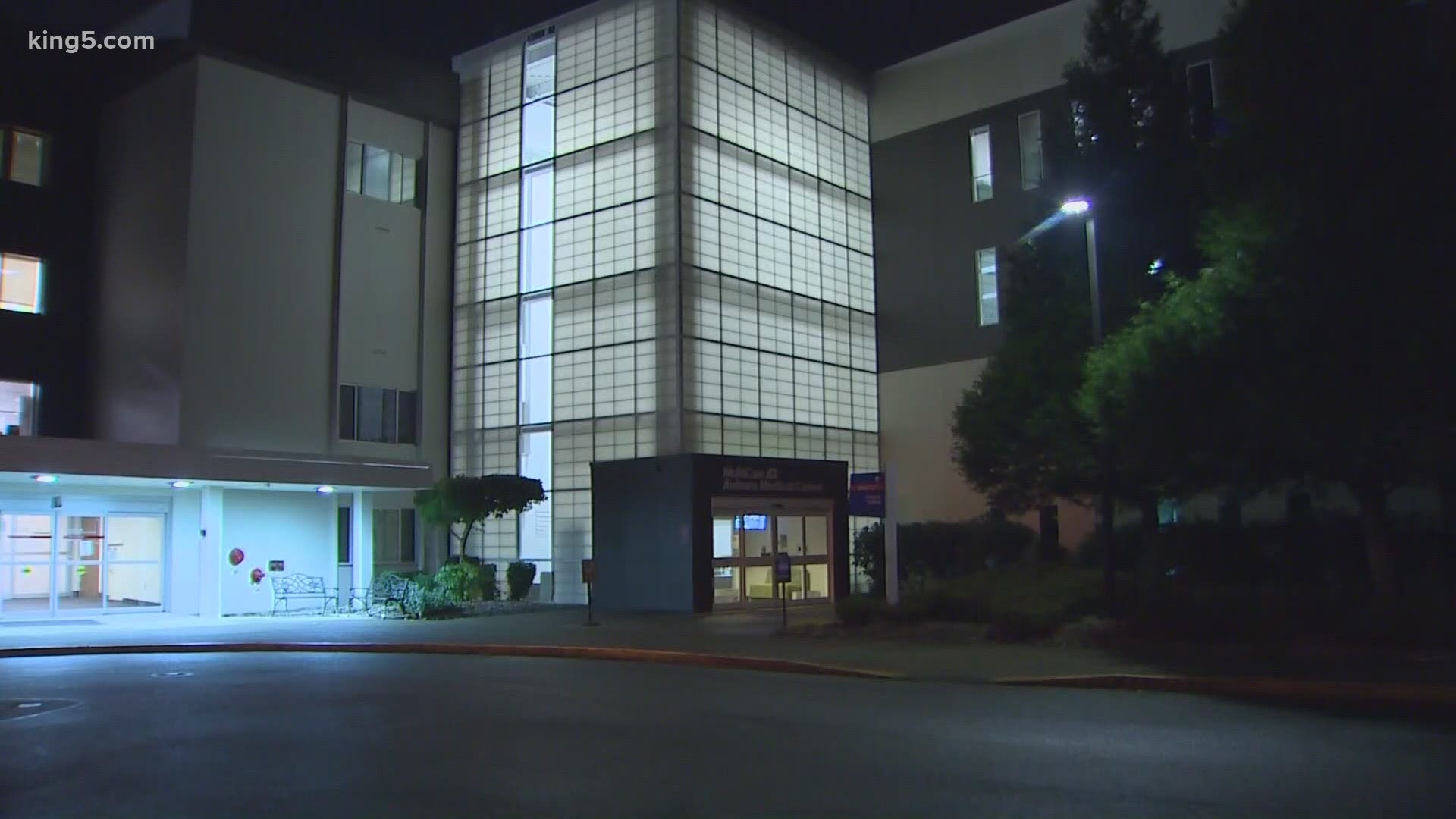 AUBURN, Wash. — A recent COVID-19 outbreak at MultiCare Auburn Medical Center has the Union of Physicians and Dentists sounding the alarm and threatening a strike.

“The PPE,  initially, we had to reuse them,” said Frantz Alphonse, who works as a physician assistant at MultiCare Indigo clinics in Thurston County.

The union provided Alphonse to KING 5 as someone to speak to on their claims. He does not work at the Auburn clinic that is dealing with the outbreak right now.

Alphonse said they have had multiple discussions with MultiCare reps about getting more supplies like personal protective equipment (PPE) and masks but have had little success getting enough of what he says they need.

“We still don't have enough supplies, and we have to reuse some of the masks that they provide us,” he said.

Alphonse said he and other union members will decide at a meeting on Thursday if they want to authorize a strike, which could happen as soon as 10 days later.

“We are thinking about it,” said Alphonse.

As of Tuesday, MultiCare said eight patients and five staff members tested positive for the novel coronavirus. One patient died after the outbreak was detected.

In a statement, the union said doctors have been expressing concerns since the pandemic began, and with a surge in cases expected they are calling on MultiCare to protect its staff. Alphonse said he and other employees fear for their safety with each shift.

“I have the fear of bringing something back to my family. And with the multiple things that have not implemented, no, [i] don’t feel safe,” he said.

MultiCare reps in a statement response to the union’s claims said all of their clinics, including urgent care ones, have “adequate” PPE and say they are completely confident their staff is safe, and there’s been no clinical evidence to the contrary.

The MultiCare system which owns the hospital tested all 40 patients in the unit and 212 staffers who had worked there over a two-week period before the first positive test was reported. Officials said the hospital received results from all of the patients and 156 staffers.

The MultiCare administration said they will continue to collaborate with Public Health - Seattle & King County to try and identify the root of transmission, determine connections between cases, and complete follow-up testing.

"MultiCare is following all public health recommendations and has the PPE we need for our employees to continue to safely care for all of our patients at Auburn Medical Center and throughout our health system," the statement reads.